On February 8, the Combat Salvation Front and the 111th Regiment armed groups announced their defection from the Free Syrian Army (FSA) group, Jaysh al-Nasir, in a joint official statement, effectively putting an end to the US-backed group. Jaysh al-Nasir was formed on October 24, 2015 by the Combat Salvation Front, the 111th Regiment and Sukur al-Ghab. The FSA group received support from the US and allied itself with the former branch of al-Qaeda in Syria, Hay’at Tahrir al-Sham (HTS), from day one.

Since 2015, the US-backed group had conducted dozens of attacks against the Syrian Arab Army (SAA) and even Russian forces in Syria using weapons supplied by the US, for example Bulgarian-made Grad rockets and US-made TOW anti-tank guided missiles (ATGMs).

In their joint official statement, the Combat Salvation Front and the 111th  Regiment accused the commander of Sukur al-Ghab, Major Mohammed Mansour, of violating the internal law of Jaysh al-Nasir and of unilateral decision-making. The two groups also said that each group will work on its own from now on and stressed that Maj. Mansour does not represent them any more.

Local sources believe that the disintegration of Jaysh al-Nasir was a result of financial problems. The US ended its financial support for the FSA in late 2017. Another reason is likely the major setbacks the FSA group suffered from lately in the southeastern Idlib countryside.

The disintegration of Jaysh al-Nasir will likely weaken the position of HTS in Idlib governorate as it was one ot its key allies. Moreover, an armed conflict between the Combat Salvation Front, the 111th Regiment and Sukur al-Ghab is highly possible. They may disagree over dividing the weapons that had supplied by the US.

They’ll just pretend nothing happened, I bet most US citizens wouldn’t understand just who they’ve been training, arming and funding!

Few in the Senate, Congress or Military do either :) Plus Trump of course.

Trump probably can’t do anything. Zionists don’t let him.

I would agree with that.

There is the Ivanka ,Kushner Jewish issue and they are a weakness for Trump as are all of his family in the context that they can be threatened with harm as can Trump himself.

There is also a bribery issue as Trumps companies have significant debts that could be ‘called in’.

The other issue is of course that Trump himself is Deep State, although I doubt that.

Trump is deep state, not a poor victim,stop glorifying the bastard

That may well be a fact that we learn , I agree Boris.

Unfortunately, that is what those that still support him believe. I had no illusions of Trump from the get-go. I predicted practically every response/action he has made so far. Before he was elected, I told a phony alt-news blog that he would fold up like a cardboard box on all his promises. Is he actually Deep State, in the sense of a higher up? No. Is he deep state in the sense of working with them from the get-go? Yes. He is, first and foremost a conman. He is not under duress, he is there to play a part and collect his money. Period. They picked him well, as they knew he was familiar with the Kosher Nostra and Russian mob, which of course meant he was very controllable, if necessary. A perfect fit. He, of course, knows what is slated for his presidency and couldn’t care less. What he doesn’t know (or doesn’t want to know) is that he is very expendable. He might not be impeached, he may be offed and used as another 9/11 (as per his SotU address). I think the only thing stopping this is that they are still trying to work out what to do with Pence. Should he stay or should he go? Like all political decisions, that will be up to the Isreali’s.

my own opinion is that Pence is compromised by the Deep State in some way as are most US politicians.

However ,whilst I can see your logic with regards to Trump, I would suggest that it was only a tiny number of people thought he had any chance of winning . I was one of those, lol and won some money on the result. Not because I supported him, but just a hunch. I am not american and considered ALL the candidates to be seriously flawed.

I would suggest that Trump has been ‘ Given requests that he cannot refuse ‘ since the unexpected election result and his support of the Military Industrial Complex is evidence of this.

Could be just words, a ploy designed to make the US non liable for any crimes committed by the terrorists. US then can say it wasn’t them and they don’t know how they obtained those weapons.
So where are they going to? They can’t disappear into thin air.

Could possibly true since they are under target by the Russian special forces for shooting down the Su 24 with the MANPADS, Russia is never forgiving. They will be like the “DEEZ NUTZ” ISIS twins and join TFSA.

You can call me Al
Reply to  Nightcrawler136

We are winning against ISIS and the World, he says with beads of sweat trickling down his big ugly fat Yank face and hooked nose…..

Nightcrawler136
Reply to  You can call me Al

On the one hand SF says : US backed whatever and in the report it says support ended late 2017. At least one of these statements is untrue.

CIA and Deep State backed then Dutch. I hope that helps you. :)

Trying to save face in here, Hasbara/JIDF agent?

Why are you even bothering to show your face in here.. We all know by now that you are nothing more than a Jew and an agent of pure evil….

Here then ,Pentagon supported then went to Deep state CIA backed through the Obama back door policy, which allows for plausible deniability.

Hope that makes sense. Here is another ,the ones who were attacked in Deir ez zoir were local Al Baraka militia who have been fighting in the region for years against ISIS they lost up to 25-30 dead and 50 or so wounded, the local SDF there are the DMC which is the old ISIS in the region. That should give you some clarity there, possibly the commander of the DMC is the same ISIS rapist and murderer who fled the area.

Remember YPG/SDF are just a figurehead of the snake, and it’s leaders answer to the Pentagon and the State dept, which controls them.

And everything you say is double speak zionist BS.How many shekels do they pay you for to spew your crude underhanded propaganda? Go fuck yourself, you are not welcome on this platform.

Yeah…He’s not even entertaining, at least Solomon Krapacek has his comedian moments, hence an entertainment value. Dutch is just a vile, lying Zionist slug…slimy and gutless.

Another rat has fallen…. Hopefully the other ones get the “writing on the wall” and surrender immediately to the SAA forces….

This is hyperbolic report. They are both tiny groups and basically civilian level in rebel held area. They will likely go under other bigger groups

“Hyperbolic”
Seems you are much better educated than the old Mountains.
What did you do with Porky, was he fired? :D 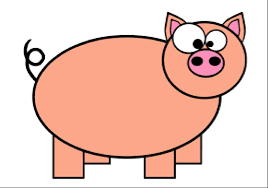 They ran out of Captagon. Death-knell for any head-chopper unit, anywhere.

This is the faction, Jaish al Nasr, which initially claimed the attack on Major Filippov’s plane. Very curious that immediately , in the aftermath , they take them down.

Bulgarian-made Grad rockets and US-made TOW anti-tank guided missiles (ATGMs) were provided by Saudi Arabia via middlemen. It is possible this covert arms trade which also is supplying the Saudi backed Yemen forces might stop now that it has been exposed. The USA doesn’t manufacture or buy Grad Rockets !

You can call me Al
Reply to  Romeolima

Romeolima
Reply to  You can call me Al

That is a fascinating link and as a former TV News person I recognise a lot of it as true and also believe a huge amount of what I didn’t previously know without question. It confirms what I said about Saudi but I still have to be convinced about the CIA organising weapons distribution. They are such an easy target to name. I can and will check the probity standing of BI through journalistic channels and hope it isn’t another RT type operation.

You can call me Al
Reply to  Romeolima

Regards CIA organising weapons distribution; you only need to search it and within seconds, you will find the proof; even government sources state it.