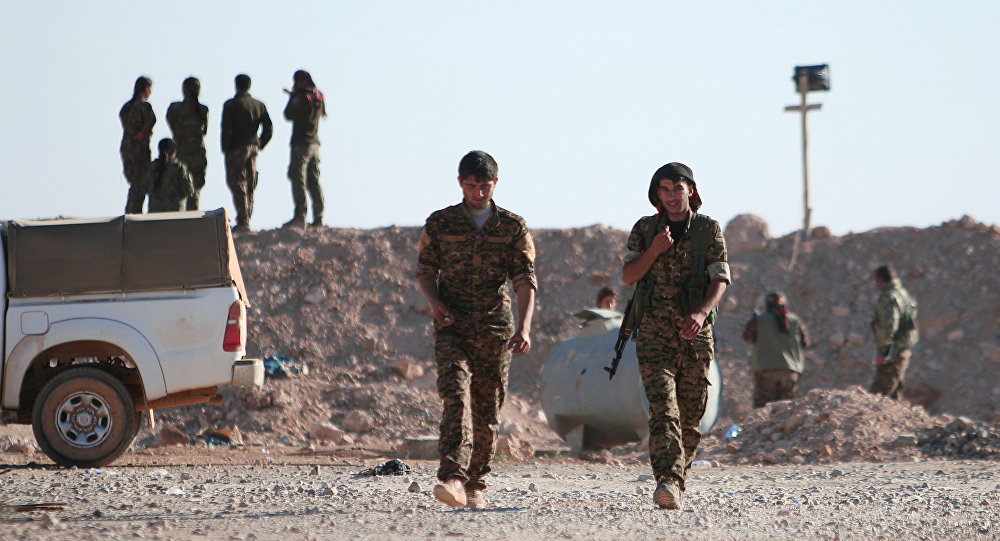 On September 28, pro-Kurdish sources confirmed that Raqqa Samra village east of Raqqa city is still under the ISIS full control. The Sources added that ISIS is holding dozens of civilians inside the village as hostages.

The US-backed Syrian Democratic Forces (SDF) announced that it successfully besieged ISIS inside Raqqa Samra village. The SDF will launch a rapid operation within hours to recapture the village and rescue the civilians, according to Kurdish sources.

The slow advance of the SDF in Raqqa city suggests that ISIS had successfully reorganized its units in the city after the major SDF advance last week.

In a related development, clashes are still ongoing in al-Suwar town in the northern Deir Ezzor countryside between the SDF and ISIS. The SDF claimed that its fighters killed two suicide bomber of ISIS before they reached their targets.

From its side, the ISIS-linked news agency Amaq claimed that ISIS fighters attacked two positions of the SDF at the  al-Suwar-al-Salihiyah road on September 28.

According to Amaq ISIS fighters destroyed the two positions, killed 4 SDF fighters and damaged a vehicle of the SDF.

The Al-Suwar battle can be considered the first challenge the SDF faced during its operation in Deir Ezzor governorate so far. Before reaching al-Suwar, the SDF was able to capture a large area in Deir Ezzor without any real problems. ISIS was likely withdrawing to build up a better defense lines south of the Khabur river.

USA and SDF is going to portrait civilians as ISIS to cause civilian depopulation. How can their fight against ISIS which their evavuate on daily basis.Camping and moving together in the same area without attacking each other.The false final results will be Raqqa has been freed 100%.Just wait and hear.

“The slow advance of the SDF in Raqqa city suggests that ISIS had successfully reorganized its units in the city after the major SDF advance last week”…TRANSLATION…UNITED STATES MERCENARY TERRORIST, SDF, slow their advance in Raqqa to allow the UNITED STATES to evacuate their INTERNATIONAL MERCENARY TERRORIST I.S.I.S from the city and them coordinate with I.S.I.S new attack on the Syrian LEGITIMATE GOVERNMENT.

nice to hear about falling of sdf terrorists. i am going to open champaigne….