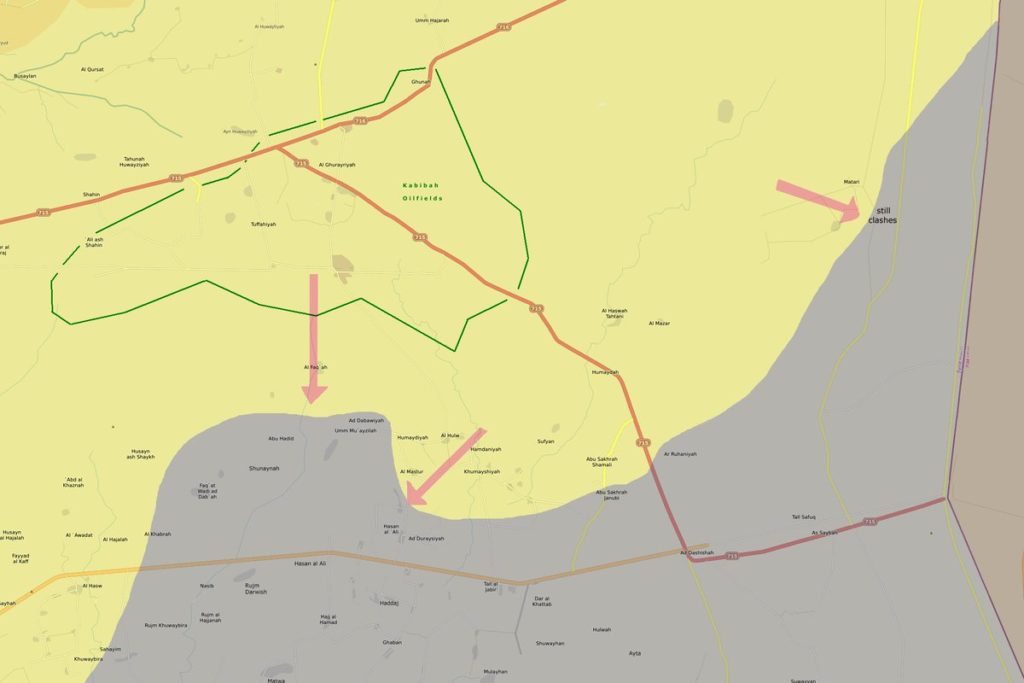 The US-backed Syrian Democratic Forces (SDF) have captured the village of Fakka and advanced on ISIS positions at the villages of Dashishah and Matari in eastern Syria, near the border with Iraq.

This SDF advance is a part of the anti-ISIS operation announced by the US-led coalition along the Syrian-Iraqi border on June 3.

At the same time the town of Hajin and nearby villages in the Euphrates Valley still remain in the hands of ISIS despite being encircled by the SDF. 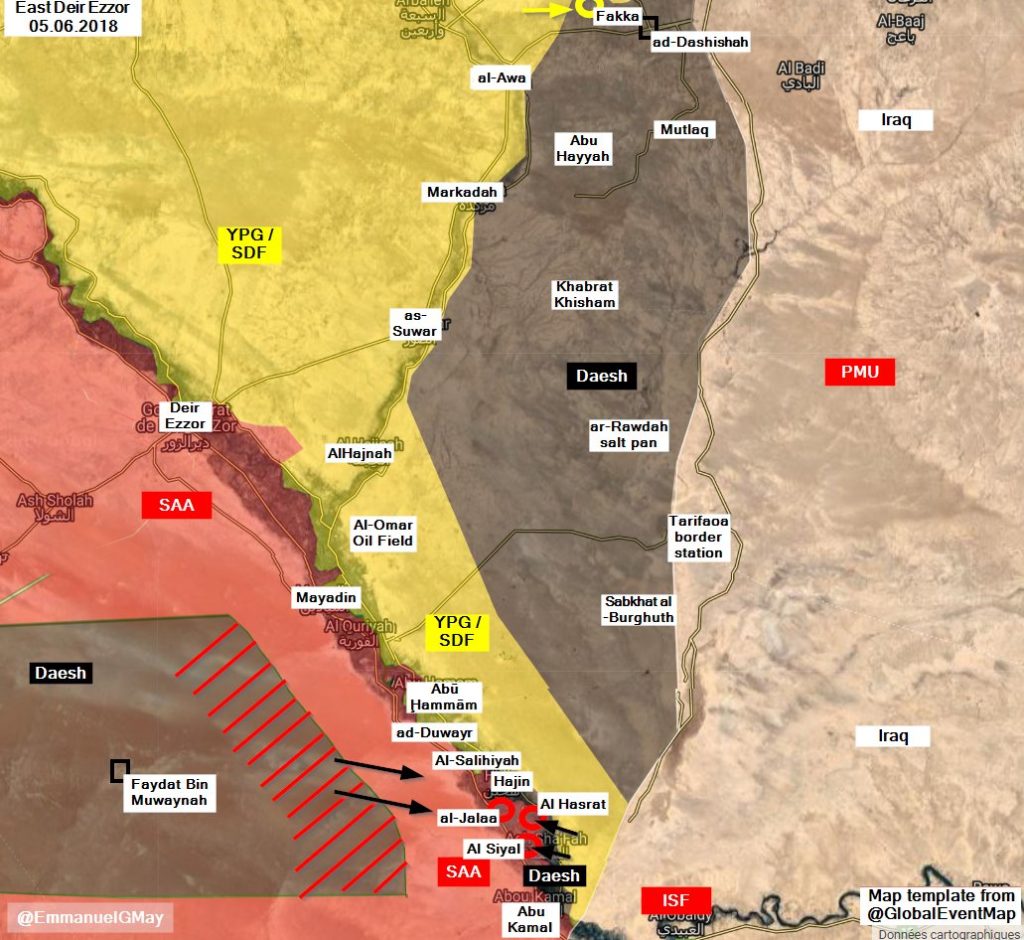 Title of this ‘story’ should read “ISIS handed over territory to the other US backed terrorists, SDF and joined ranks”. Now that would be more accurate. Far more credible.

How convenient: ISIS runs to MAMA and the USA take-over, what ISIS robbed from Syria. And they’ll f*ck it so maybe YEARS long.

That all happens because Putin doesn’t say “Enough is enough” and still dances tango with that bunch of criminals behind that AlQaeda+ISIS-g@rbage. At least PUTIN shall REALLY arm Assad’s Army and first of all deliver that f*king S-400 to Assad, modern MBTs OK it mustn’t be T-14_”Armata” but the newest classic T-generation (T-95 if I remember well) https://www.youtube.com/watch?v=UwMw3T_di6o

And Russia shall school Syrian pilots of SU-30 MK. and give them at least 50-60 modern fighters The rest will be solved by Assad’s troops.

MONEY? 10 Billions in all.( by the Russian prices for weapons). That is an INVESTMENT on long-terms, that settles the power-relations in the region and cuts the nose of the USraeli hegemony-dreams.

More than that, IRAK will see that the Russkis don’t make jokes there and IRAK will open the path IRAN-Syria. Over night IRAN-IRAK-Syria become a pro-Russian-Zone of Influence and the whole Dubya Bush-jr mayhem there, was for nothing.

That ISRAEL will be pYssed-off? OK, it’s at the time that BIBI learns to say PLEASE… But Putin is coquetting with the Rothschild-Branch of the Kosher-Nostra..

USA is actually converting their terrorists ISIS friends into Their terrorists SDF forces.This areas were control prior to this fake operation by SDF terroristsIt look like USA are smelling we’re ISIS is deployed now that Syrian forces are winning.Btom line USA wants to control border crossings under fake operation.

None evidences at all of any fight !!, as usual.