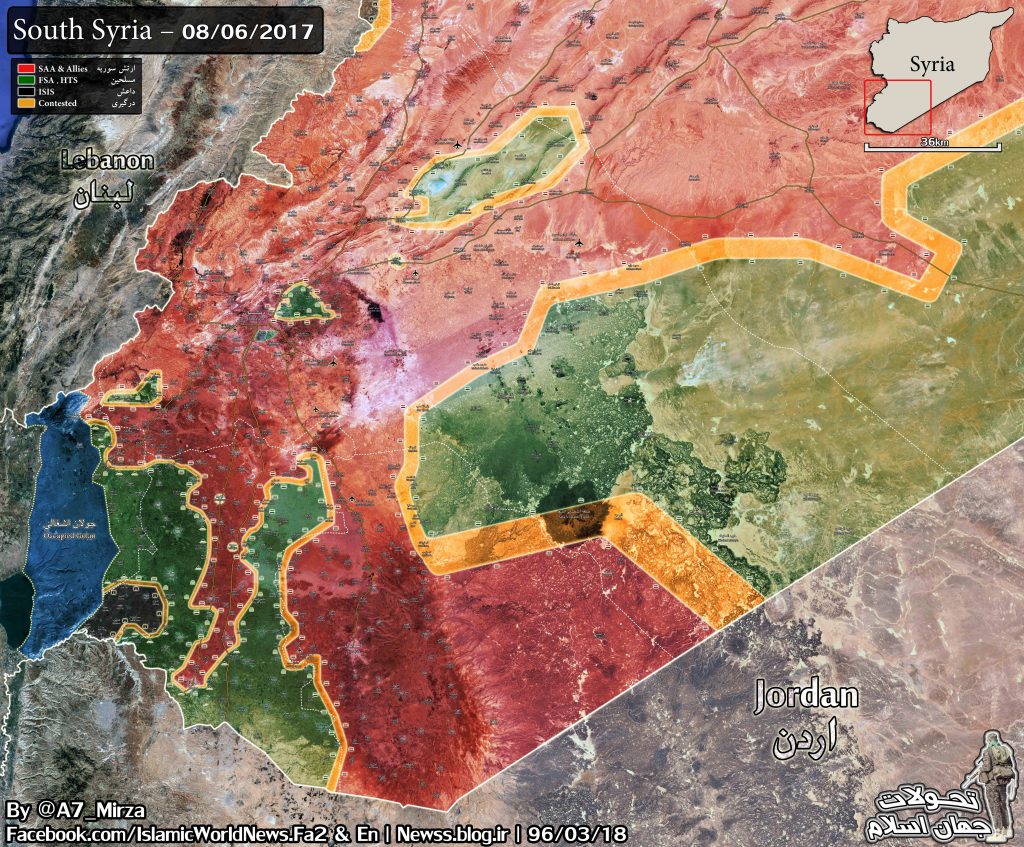 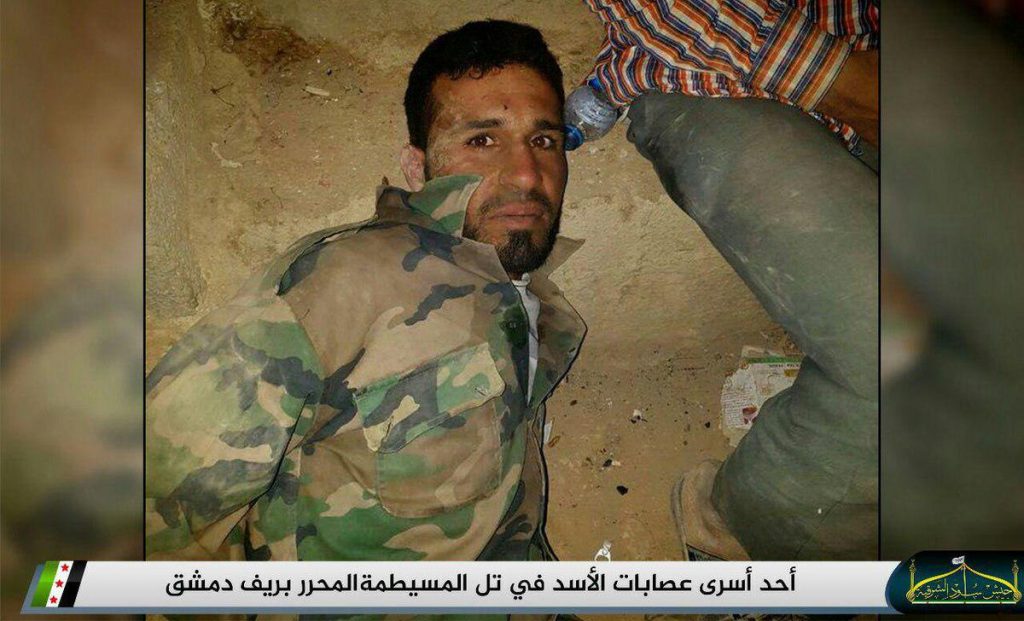 According to pro-government sources, the SAA managed to repel the militant attack on Tal al-Dakwa. Furthermore, Syrian Air Force warplanes bombed US-backed militants in the Bir Qasab area and in the vicinity of Tal al-Dakwa.

Pro-government media denied reports that the US-backed militant groups also known as the Free Syrian Army (FSA) captured the Al-Zuluf Reserve area in the northern Suweida countryside. According to pro-government sources, the SAA and the National Defense Forces repelled the FSA attack, and the 800th Battalion of the Republican Guard is still stationed in the area.

Meanwhile, the US-led coalition and the FSA have conducted zero attacks against ISIS from its bases in Al-Kazaf and Al-Tanf, which contradicts with its official statements that its deployment there is against ISIS.

I wonder why they have not been attacking IS near Al-Tanf when they have too worry about syrian and iranian ground forces backed by the Russian air force from another direction. If you are going to make propaganda dont make it sound stupid.

We have a new hint….

If that is true it is a very good news….

It looks like they just circled around al Tanf to the east and reached the Syrian/Iraqi border a few dozen km northeast of al Tanf. So while the U.S. was busy bombing the SAA to the northwest of al Tanf, they were being encircled.

Al Tanf was basically the U.S. guarding ISIS supply lines from Jordan to Deir EzZor. If that supply corridor has been cut, then there is really no reason for the U.S./U.K./Norwegians to be hanging around al Tanf any more.

Keep in mind that the Iraqi PMUs have been moving westward towards the al Tanf – al Waleed border crossing, so the U.S. can’t protect ISIS supply lines on the Iraqi side of the border anymore either. The whole U.S. scheme to turn Deir EzZor into the new ISIS capital is falling apart. I wonder how long ISIS can hold out in Deir EzZor without supplies?

FSA claims are even less believable than Turkish reporting !

US is now openly supporting terrorism as per Trump’s America First Policy. If he keeps going the way he is, all Us allies will jump ship leaving the US isolated and no support for the dollar.

Now? You never saw the photo years ago of John McCain strolling around with al baghdadi? Obama sent John to go meet with al baghdadi to work out Obama’s plans to arm them to the teeth.

SAA repelling FSA and daesh attacks reminds me of the thugs in Steven segal movies always trying to take him down, but instead get their arms and legs broken and thrown into a window or something LOL!

You guys have done good work with Daesh in many areas

This is definitely a war declaration against the US. This gon’ be fun

I’m pretty sure that the USA had already declared war by squatting on Syrian sovereign territory.