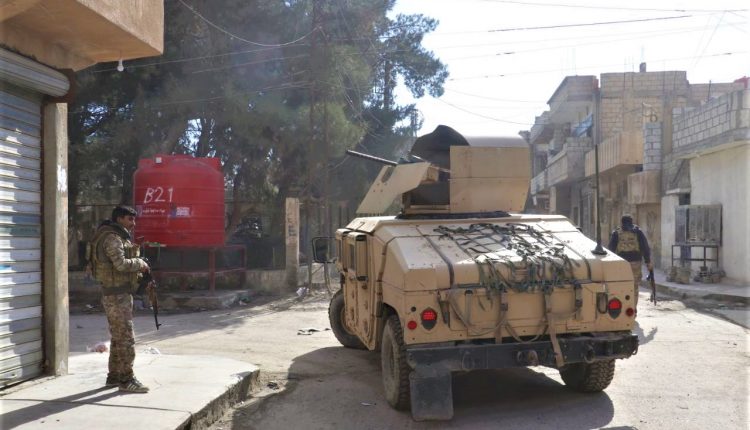 On February 26, fighters from the US-backed Syrian Democratic Forces (SDF) occupied a building of the Damascus government in the northeastern Syrian town of al-Qamishli.

According to the Syrian Arab News Agency, SDF fighters took over the Social Insurance and Labor building in the town’s center by force.

“A groups of SDF fighters took control of the three-story Social Security and Labor building after breaking the door locks then began to guard the main entrance, turning it [the building] to a military area,” a local source told the stat-run agency.

Al-Qamishli town, which is located right on the border line with Turkey, is split between the SDF and Syrian government forces.

The SDF’s move could provoke a stand-off with government forces in al-Qamishli, who confronted the US-backed group on several occasions in the past.

Kurds are like Turk-isis and Zion they came from the same shithole. The Kurds in N-Syria have no right to control any part of Syria, they are just like Zion and Turk-isis stealing lands. Watch these ugly fuks Zion worshipers start showing their true face sooner or later.

If you think Kurds are different you have problems, Kurds are just like Zion and Turk-isis. They are terrorists and work with terrorists and all three of them get support and aids from the satanic house. They have the same goal to destroy Syria.

All of you are right now watching Zion 2.0 taking shape. Kill it before it is too late.

fart fart Are you SHITtila or another SHITturk? Your ‘thoughts’ and ‘behaviour’ are the ones of a BEAT. So, a SHITturk.

Are you a talking cow? stop farting.

You can grow potatoes if Your service dog makes the holes for them.

I wish I took you as my service dog tbh, you wouldn’t shit up.

Also, that rtded kid, what did he change his name to, or did he really leave. The kid who said he was from Greece but we all knew he was half Zion-g0y pig?

P.S. I love gardening fuk you old pig – you are too old to even move and end up shiting yourself bitch, I do grow vegetables and herbs and I wouldn’t give you any.