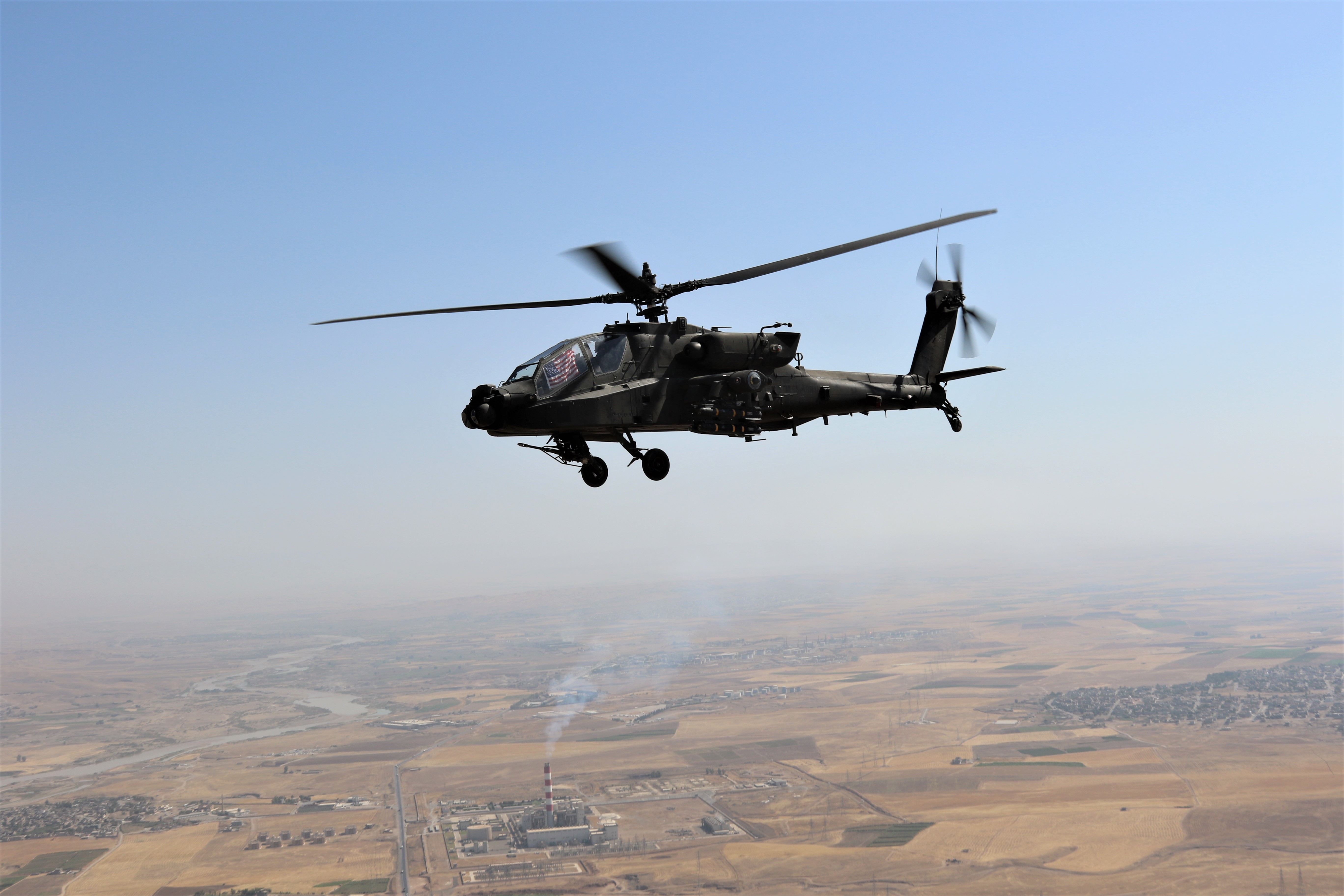 On October 1, several attack helicopter of the US-led coalition conducted a patrol over positions of Iranian-backed forces in the northeastern Syrian government of Deir Ezzor.

The AH-64 Apaches flew right over a crossing on the Euphrates River linking the eastern bank, which is held by the US-backed Syrian Democratic Forces, with the town of al-Mayadin on the government-held western bank. US-led coalition helicopters don’t usually conduct patrols in this area.

Al-Mayadin a stronghold of Iranian-backed Syrian and Iraqi forces. The town and its outskirts host a network of military positions.

Iranian-backed forces in al-Mayadin were placed on high-alert and ordered to redeploy just a day earlier, according to the London-based Syrian Observatory for Human Rights.

Late in August, the US-led coalition carried out a series of strikes on positions and equipment of Iranian-backed forces in different parts of Deir Ezzor, including al-Bukamal. The strikes were a response to a drone attack that targeted the coalition’s garrison in the southeastern Syrian area of al-Tanf in the middle of the month. The coalition blamed Iran for the attack.

Iranian-backed forces in al-Mayadin are apparently preparing for a new wave of US-led coalition strikes. In mid-September, a rocket attack targeted the coalition’s Green Village base in al-Omar oil fields in the southeastern countryside of Deir Ezzor. The attack didn’t cause any casualties or material losses. Still, the coalition could opt to respond in order to deter Iranian-backed forces.

Destroy the OIL FIELDS that the USA ARE STEALING FROM this will deprive them of the OIL THEY STEAL and while it will DESTROY the OIL FIELDS for SYRIA as well after the USA are forced to PULL OUT OF SYRIA ONCE AND FOR ALL those OIL FIELDS can be REBUILT FOR SYRIA with help from RUSSIA. This will be a short term pain for a long term gain RIDDING THE USA from SYRIAN SOIL. It will cost nothing to Syria as they are NOT GETTING ANY OF THIS OIL ANYWAY but IT WILL FORCE THE USA OUT. =Z=

He certainly seems resistive to confront them in Syria yet goes a different direction than they’d like in Russia. We should be nuking Tel Aviv NOT Tehran

Scumbag satanic putrid P0S israel did USS Liberty, ISIS, 911 and Epstein crimes. We all should be nuking them not Iran

REAL men WOULD have shot that Blackhawk down.