US Army Chief of Staff General Mark Milley said that the US is ready to “destroy” its enemies, referring to Russia. 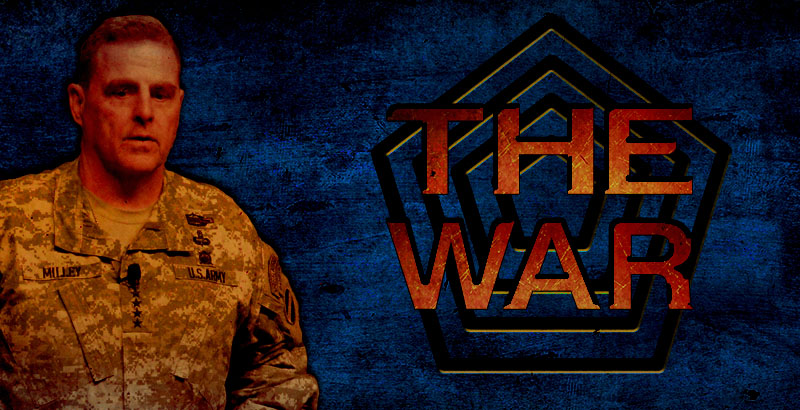 The US is ready to “destroy” its enemies, Army Chief of Staff General Mark Milley said last night, referring to Russia.

“I want to be clear to those who wish to do us harm….the United States military – despite all of our challenges, despite our [operational] tempo, despite everything we have been doing – we will stop you and we will beat you harder than you have ever been beaten before. Make no mistake about that,” media quoted Milley’s words.

He also noted that other countries, including Russia, had taken advantage of the U.S. being focused on the war on terror.

“Other countries – Russia, Iran, China, North Korea – went to school on us,” the General said. “They studied our doctrine, our tactics, our equipment, our organization, our training, our leadership. And, in turn, they revised their own doctrines, and they are rapidly modernizing their military today to avoid our strengths in hopes of defeating us at some point in the future.”

According to the military official, the next major conflict would be much more lethal than anything that the US Army has experienced at least since World War II, and would include military action in “highly populated urban areas.”

“Make no mistake about it, we can now and we will … retain the capability to rapidly deploy,” he said, “and we will destroy any enemy anywhere, any time,” the Army Chief concluded.

Milley made it clear, whom exactly he meant, by quoting the words of a senior Russian official, who said that “Russia can now fight a conventional war in Europe and win.”

The statement was made in connection with rising tensions between the two countries.

Forty million Russians from all sectors of the Russian government are currently participating in a “nationwide emergency drill that will wargame ‘evacuation’ procedures during a national crisis.”

As director of the Russian Civil Defence Department, Oleg Manuilov, noted, the exercise is a test of “how the population would respond to a ‘disaster occurrence’ under an ‘emergency’ situation.”

Last week, huge underground nuclear bunkers were revealed by Russian officials. The bunkers had been built to provide shelter for 12 million population of the city.

In addition, also last week, the Zvezda TV-channel, run by the country’s Defense Ministry, also warned citizens that nuclear conflict is on the horizon.

“Schizophrenics from America are sharpening nuclear weapons for Moscow,” the TV-channel reported.

Those Yank Generals need to stop watching GI Joe, they actually believe that they are them. The annihilation may well be the Yank Generals.

It’s the stupid Traitor in the WH! Remember, whether we want him or not, he’s commander in thief!

I think its time for a historic purge inside the us-military.

Fought to a stand still in Korea, lost in Vietnam and totally out of its depth in the war on terror. Not a good track record for the big mouthed general to boast about. Even WW2 was not really a usa victory, they just happened to be on the winning side. The same might be said of the British who are good at starting wars and letting others win them for them.

Actually historically the British were pretty good at finishing them. Should have done a proper job in 1812 and annexed the US. Also had more smarts when it was time to end the empire unlike the degenerates in Washington that want cling on. The end of the US empire is like a poorly written and acted soap opera with nukes thrown in.

some one sounds jelly- But guess what if U.S gets nuked the Brits get nuked too, this is not a Russia/U.S war this will be a world war your post in all it’s bragging seems to over look that.

U.S didn’t fight Korea alone, The U.S and it’s allies fought in all the wars you listed The U.K is side by side in all these wars and in WW2 the U.S entering the war was the tipping point to victory.. The U.K was just maintaining there was no way the U.K alone could have won the war the Russians had the manpower but didn’t have the weapons supplies and so on to fight the war it needed to fight the U.S supplied most of those needs and don’t take my word on this look it up

Bullshit! U.S never lost in Vietnam. The so called “defeat” was a massive desinformation work by the american left.

LOL, the guy is an idiot.

These people are insane. They should be nowhere near a position of power. They do not understand that because of talk like this America is very near to complete social implosion. Many people are very fed up with the government and will not fight for some stupid goal. We are witnessing the irrationality of the end of American empire.

This guy has changed tunes since admitting that the us would likely lose a war against Russia during armed services committee hearings. He’s probably just following orders or has gotten a head injury. If this guy is serious though, I wonder if he’s figured in how many in the us will be going to dc to fight instead of fighting for dc if the us decides it wants to start drafting people again.

Tyranny now has Militarized Police State. …. All the race riot and bait the public via media = more Police State And Forfeit of Freedoms… the Founding Fathers gave.

An armed Services committee? . No US military figure has ever gone before a congress and stated nope, were god, we don’t need anymore money! Got everything covered. They will always present the most desperate of situations.

He is not insane nor an idiot. The comments section is filled with a lot of emotion. Which is good, it should be! It can however cloud sound judgement of the situation.

If you are an American, you have to see we may start WW III with Russia, over the need to protect Al Qaeda in Syria. Those in charge, may make it happen before a Donald Trump presidency can stop it! This due to the idea that the guy who owns Heinz Ketchup could not work it out diplomatically! (imagine that Ketchup Barron fails to secure world peace) This all could begin using covert actions recently advertised over the internet! As it has moved to a new phase! A new phase known as (not kidding seriously) known as Plan B! You could not get anymore bat sh!t crazy then this!

In short this guy is doing his job that’s all. if you ask me its just standard cheer leading! Having a general say that his troops will defeat their enemy may be the only sane thing I have heard!

The US is run by Jews, they don’t mind fighting to the last blood of the hated Goyim. As long as Goyim kill Goyim the Jews win, that’s why they seem so “suicidal” and wreckless. If Russia makes it clear that in case of a US strike against Russia, Israel will be targeted, they will back off.

I probably said the same stuff, …. before I went into the service. :P

This is one scared dude. He knows it will be a bloodbath with nothing gained. There may not be enough left of the US, that by the time the clouds dissapate, it might not be rebuilt for decades. It might not even be possible then. Take NYC for instance. Every airport, the 3 majors ones, gets nuked, the port gets nuked ( this takes out the nearby electircal generation systems near the Turnpike and the large fuel farms nearby ). I would guess each airstrip there will get more than just one nuke a piece. After that, good luck with feeding everybody. Locally, the same goes for Boston, Philly, Road Island, ect. The general knows this and there is nothing he can do to stop those, who have sold out the country and humanity itself, for Saudi money.

So, I am going to cut him some slack and say, he is just another one of us, who is having trouble getting a grip on the notion, that it is really this close to the end. A good day to all.

A small part from Dumitru Duduman’s Testimony. A Warning from GOD… see…. http://www.ubm1.org/?page=dumi…

I said, “How can I save them? I can’t even speak their language? Who knows me here? How will they call me?”

He said, “Don’t worry. I will be ahead of you. I will make great healings among the American people. You will go to television stations, radio stations and churches. Tell them everything I tell you. Don’t hide anything. If you try to hide anything I will punish you. America will burn.”

“How will America burn? It is so powerful.”

He said, “The Russian spies have discovered where the most powerful nuclear missiles are in America. It will start with the world calling for ‘peace, peace. Then there will be an internal revolution in America, started by the Communists. The government will be busy with internal problems. Then, from the oceans, Russia, Cuba, Nicaragua, Central America, Mexico, and two other countries (which I cannot remember) will attack! The Russians will bombard the nuclear missile silos in America. America will burn.”

I said, “What will you do with the church?”

He said, “The church has left me.”

He said, “People in America honor people. The honor that should be given to God, they give to other people. Americans think highly of themselves. They say, ‘I serve God,’ but they don’t. In the church there is divorce, adultery, fornication, sodomy, abortion and all kinds of sin. Jesus Christ doesn’t live in sin. He lives in holiness. I brought you here so you could cry out loud. Don’t be afraid. I am with you. Tell them to stop sinning. God never stops forgiving. Tell them to repent. He will forgive them. Tell them to start preparing themselves so I can save them in the day of trouble.”