According to media, the US Army has started to build a new military base in western Hasakah. 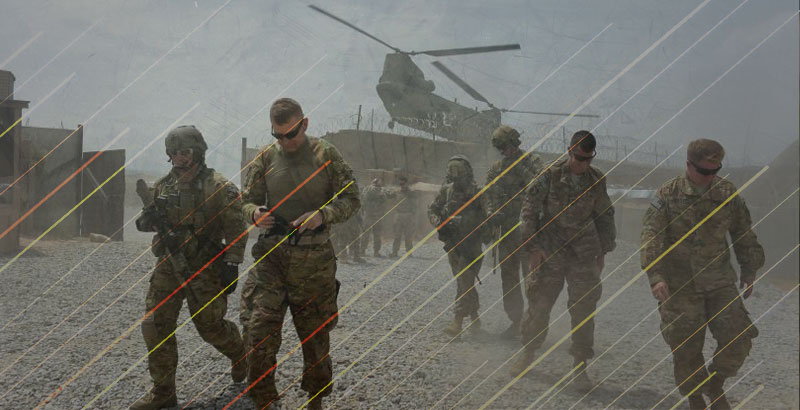 The US Army carries on to come into Syria, setting up one more military base in the country. Media reported, US military have started to rapidly equip a military base in Jabal Abdul Aziz, located in a region of western Hasakah, controlled by the Kurdish-led Democratic Union Party (PYD), an ally of the US in northern Syria.

According to the Sham Time information website, US soldiers have cut hundreds trees in Maqloujeh village, located near Jabal Abdul Aziz, 30 km to the west of Hasakah, in order to use them for building of a landing platform for helicopters and facilities of the US-led coalition.

“The US forces started to equip the base after cutting the trees,” the website quoted its unnamed source. “A group of US soldiers went to the village by military vehicles every day. But they started to equip the base under tight security measures of the Kurdish forces in Maqloujeh in recent days. The US forces have separated the base from the village with trenches and an earthen berm. They have turned the base and its surrounding areas up to the Sakriyeh ancient citadel into a military zone.”

In August, Kurdish sources told the Fars news agency that a new military base was set up by the US forces in Housh al-Kahroba, one of the buildings of Syria’s power department in Mabrouka town, located in Hasakah Governorate in northeastern Syria, under the pretext of demining of the region.

“The US deployed tens of its marines in Mabrouka town in the western parts of Hasakah province under the pretext of demining Ras al-Ain city, which is currently under control of Kurdish forces,” the sources told Fars at that time.

In December, the Lebanese al-Akhbar newspaper reported that the Abu Hajar abandoned airport, which before was used for delivery of agricultural products to an area, currently controlled by the PYD, in Tal al-Hajar region in the eastern countryside of Hasakah, was being reconstructed and equipped by US military experts in order to turn it into a military base. According to the newspaper, US specialists were preparing runways with 2,500m length and 250m width, which were supposed to be used by fighter jets of the coalition.

Al-Akhbar also noted that the new airbase was located to the southeast of Rimelan town, which is one of the main strongholds and “largest arms and ammunition depots” of the People’s Protection Units (YPG). The US did not even ask for a permission of the Syrian government for reconstructing the abandoned airport.

The Syrian army should declare them invaders and hostile.

This is a major escalation , this is “boots on the ground” , Russia and Syria should immediately call for an American exit at the UN. This is a new escalation into Syria , they should be told to return to Iraq and clean up the mess they made there before invading another sovereign nation.

They should not be invading a sovereign county.

The Tooth
Reply to  Nexusfast123

The pipeline must go on…

If Syria doesn’t want them their then they should do something about it, if it is OK then they should confirm it, otherwise it may be too late to stop the encroachment of the US who are using the same tactic of invasion as they did in Iraq and Afghanistan.

Sorry but I think it’s too late, facts on the ground have been created, Israeli style.

i don’t know but, 2500×250 meters runways? this one really seems bs to me. Do the lebanese at least have an idea of 250 meters lenght? that’s two and half football fields lengths. cmon now.

Read again please – al-Akhbar stated 2 500 meters length (that’s two thousand and five hundred) by 250 meters width. More than adequate as a forward air base for any US combat A/C

lol, I’ve read accurately. The largest runways in the world (at international airports made for jumbo jets and airbus 380s) are 80 meters wide. 250 meters wide is a joke, I’ve already described how that’s two and half football fields lengths (not widths, lengths) combined. What they plan to land on them? alien motherships? Maybe they meant 25 meters?

The US has no right for what it is doing, nor do the Kurds in Syria have authority to grant the US a base. Trump wants to introduce some 30’000 US soldiers in Syria. Which means he is already taken into the NWO nonsense. It is obvious that the way to go would have been for the Syrian Kurds to attack Raqqa from the north and east while the Syrian army comes in form the south and west. That would squeeze ISIS and give a chance to eliminate it without US troops. And it would give the Kurds and Syrians a way to negotiate an autonomous region within Syria for the Syrian Kurds.

Russia, Assad, where are you? Why are you not protesting this invasion of Syria by the US?

This is NATO Plan “B ” happening – the goal remains unchanged, to destroy Syria as a unified nation state, years supporting the jihadis failed so now use the Kurds and Turks as NATO mercenaries to break up northern Syria. Turks invade and annex west of Euphrates, Kurds create Rojava Republic east of Euphrates under full US protection. Who will be able to stop them ? No-one. Done, QED, Bibi very happy man, been laughing for six years. Wayn al millayeen ?

What you suggest is not a reality. The die has been cast, and the future is iron clast that Syria will remain intact as a sovereign nation. As far as the Kurd’s future it will only be allowed as a Syrian goverment controlled federation but all resources will remain the commons of the nation. Turkey is providing a service at the moment but there will be no greater Turkey as it is collapsing as we speak. There are just too many internal enemies of the goverment. The MB is Erdogan’s only devoted to the cause and interconnected to jihad not Erdogan.

As far as the US base being built illegally does not matter if it is surrounded by S-300 or 400’s which they are. It will just be a matter of US leaving the base intact with fighter aircraft and US citizens/soldiers under the Syrian Coalition’s direction. Plan B?, Never had a chance much like a snowball in hell. The MIC has milked it for all it was worth and their partners in crime will be left with no escape much less success.