According to Raytheon, the Phalanx LPWS (Land Phalanx Weapon System), part of the Counter Rocket, Artillery, and Mortar (C-RAM) system, is a rapid-fire, computer-controlled, radar-guided gun that can detect and destroy incoming: aircraft, artillery, mortar rounds, and rockets in the air before they hit their intended land-based targets. Consisting of a radar-guided 20 mm Vulcan cannon mounted on a swiveling base, the Phalanx has been widely used by the US Army to protect bases. It defended the Green Zone and Camp Victory in Baghdad, and the British Army base in southern Iraq. In 2012, the LPWS systems were deployed to Bagram Airfield in Afghanistan. In a statement, announced Friday by Department of Defense, as first reported by Defense Blog, Raytheon was awarded a massive, $205.2 million contract by the Army for the procurement of Phalanx Gatling guns. The estimated completion date of the entire order is dated for Dec. 27, 2023. Defense Blog said the Phalanx can be integrated with a multitude of sensors and systems designed to provide an overarching protection umbrella for military bases.

The rapid-fire technology has also been installed on all Navy combat ships. The 20 mm rounds consist of a 15 mm penetrator encased in a plastic case and a lightweight metal pusher. Each bullet fired by the Phalanx cost around $30 each, and the gun typically shoots +3,000 rounds per minute when engaging a target.

The Phalanx cannons are usually activated as a last resort, and the effective range is approximately 5.5 miles.

As to why the Army needs $200 million of high-tech Gatling guns for its military bases is beyond our wildest imagination, then again, as we have mentioned before, the US, China, and Russia are on the brink of Cold War 2.0.

$30 dollars a 20MM round? One minute burst at 3000 RPM would cost $90,000, these weapons are deployed on ships (several per ship) and aircraft and in case of a small hot war the ammo and cost expenditure would be significant. That is why the US military budget cannot buy much, their infatuation with expensive war toys leads them to financial ruin.

Probably China can make that bullet with 3 cents and get profit too. But America’s oligopol is way beyond capitalism.

US does not have a competitive manufacturing base any more, that is why the few companies doing defense work can charge exorbitant prices.
In the late 50’s and early 60’s there were hundreds of defense contractors providing a competitive stage for weapon concepts and procurement programs.

A must see, as to how high tech this device is; how many people does it need ? – https://www.youtube.com/watch?v=-L0ZAGOuaqg

Even Robby was more advanced – 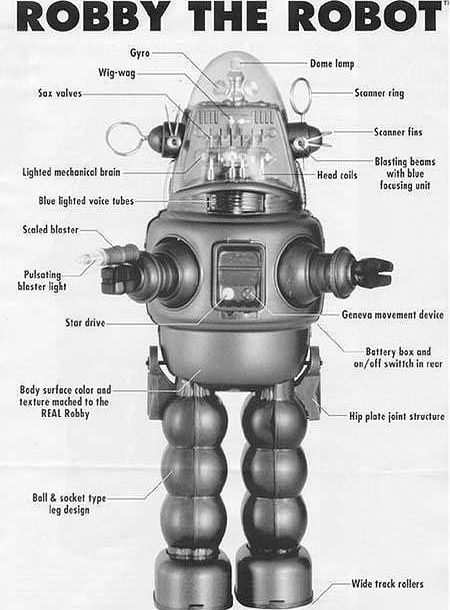 Oh, it buys them lots of things. It’s just hideously expensive to buy and operate. But since the budget is that insanely big, they hardly notice it. I reckon that if the US had to make do with a budget of only 10% of its current budget it would shop around a lot smarter.

The thing is, in case of a regional war with Russia and China, the ammo stockpile would be finite and difficult to replace.
Same with the Israel during the 1973 war they were quite low on ammo after a week or two of fighting a high intensity war.
If Pentagon wanted to shop around, they will find out a monopolistic MIC.

So they’ll just do what they have always done, just throw more money at it. The American taxpayer will always be made to foot the bill. I don’t see that changing not until the American taxpayer base has deteriorated so much that it can no longer afford it. In which they’ll probably resort to what Trump is already trying to do, extort US allies into paying more for American protection.

There is no competition within MIC, US government idiotically allowed these defense contractors to merge and create monopolies. US tax base is eroding since the middle class is not seeing any significant income growth, shortfalls are made by deficit spending that is approaching a trillion dollars a year for the next few years.
And the concept of an emerging manufacturing base in the US is an uphill climb that does not show significant results in the near future or beyond.

As far as exhorting allies for supporting a bloated US MIC, the allies have a few competitive options.

“””As to why the Army needs $200 million of high-tech Gatling guns for its military bases is beyond our wildest imagination, then again, as we have mentioned before, the US, China, and Russia are on the brink of Cold War 2.0.”””.

Military bases can be attacked by Khinzhal, Iskander and other hypersonic weapons, these gattling guns would be rather useless against Mach +5-10 weapons; it is a feeble attempt to beef up US SHORAD defenses seeing they do not have anything comparable to the Pantsir or Tor systems.

It is now 2019 so Happy New Year and I hope it is prosperous for you and yours.

Gatling guns are essential to have as they look pretty, shiny and like an egg ejaculating to make the enemy laugh.

If they intercept the shots of the opposing artillery seems to me a great tactical advantage, but more than anything else against the guerrilla as ISIS.

ISIS have barely attacked them.

Really, where? If US and ISIS are one thing and they bring their commanders in helicopters to safety.