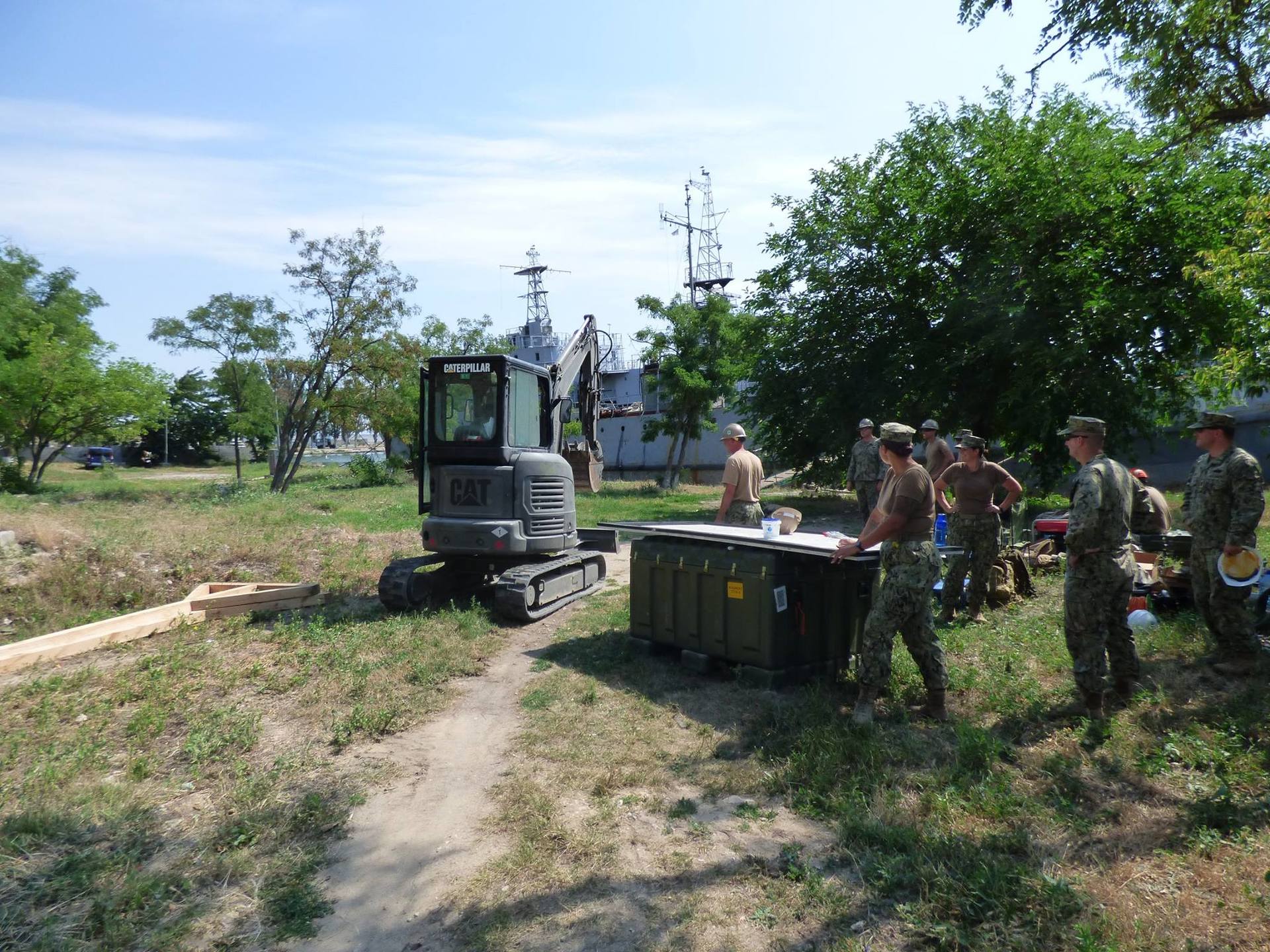 The US Armed Forces intend to seek contractors for the construction of four military facilities in Ukraine before the of 2020.

The document, issued by US Army Corps of Engineers in Europe was reviewed by RT.

The first two projects involve the construction of combat training centers, one of which will be located near the village of Devichki in the Kiev region, and the other – next to the village of Shirokolanovka in the Nikolaev region. Both buildings should be suitable to accommodate 200-300 people.

“A spacious conference room would be located in each building for plans and discussions, as well as office areas and training areas using virtual simulators,” the document reportedly stated.

In addition, American military engineers intend to build a warehouse for marine vessels for special operations companies of the US Marine Corps near Ochakov (Nikolaev region).

As indicated in the project description, it will be a block metal structure with an area of ​​up to 500 square meters.

The last of the planned projects is the renovation of the barracks of the International Interagency Multifunctional Training Center near the village of Staroe in the Kiev region. This part of the project is for the construction of a barracks, as well as a training center, without any finishing works.

The document reportedly notes that the preparation of the construction site, the construction of supporting structures, external walls, the base and the roof will be undertaken by the National Guard of Ukraine, and the US government will ensure the installation of internal ceilings and communication systems within the buildings.

This isn’t the first time the US military are carrying out a construction project in Ukraine.

In the summer of 2019, the U.S. Navy’s mobile construction battalion completed the construction of the operational center building at the naval base in Ochakovo. Work on it began back in 2017.

Ukrainian Parliament back then emphasized, that the construction of the facility was allegedly justified by the “long-term policy of Russia.”

It would furthermore assist the conduct and coordination of joint security activities with NATO countries.

The US Navy, in turn, noted that the center will serve as a major planning and operational unit during future military exercises in Ukraine.

Back in July 2019, Breaking Defense reported that Ukrainian ports were being upgraded so that they could fit US warships. And thus NATO, and specifically US warships would be able to carry out operations closer to Crimea.

Former Prime Minister of Ukraine Mykola Azarov emphasized that the participation of the military from the United States in the construction of naval facilities in Ochakovo could lead to the emergence of a new hotbed of tension in the region.

Back then, the commander of the Ukrainian National Guard, Yuriy Allerov, said that it was planned to construct a training center in the village of Staroy in the Kiev region.

Wont happen that is cia bullsht,no money to ukraine unless biden is investigated,trumps rule!

They’ll run way from there as soon as Corona hits. Just like the ME. These candy-ass millenials, overweight, under-brained are no match for a military.

Hopefully, the warmongering Americunts will die before the Uki Jews get anything. Russia is being too kind and should make the bastards life miserable.

I do hope every Ukrainian knows that if push comes to shove their country will be at the center of a conflict involving two or three major powers that will flatten their country.

Ukrainian faith is US neocons is totally misplaced. The US and nato see Ukraine as a means to an end, that is all.

Former minister is invalid as is this affair,the onus is free trade with russia,not genocide for hato!