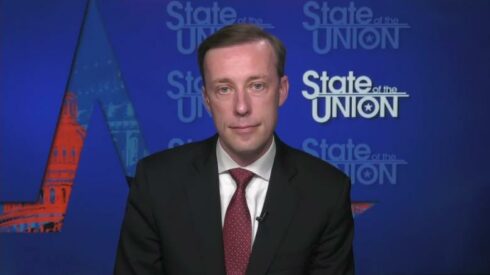 National Adviser Jake Sullivan says Russian invasion is about to happen in a matter of days.

The American tactic of disinformation about the Ukrainian security situation continues to advance. Now, Washington appears willing to invest in short-term alarmism rather than adopting a long-term narrative. In recent years, US officials have insisted that Russia plans to invade Ukraine, but in a new statement, Jake Sullivan, national adviser to the Biden administration, said such an invasion is about to happen at any time soon, which generates even more concern, fear, and undeserved anti-Russian sentiments around the West.

In a recent interview with Bloomberg, US national advisor Jake Sullivan stated that the Russian invasion against Ukrainian territory is very close to happening, in a matter of days. The official’s words lead to a significant rise in international tensions, escalating general distrust towards Moscow. In this regard, previously, the UN Secretary General had already asked Washington to avoid such alarmist actions, as this unnecessarily intensifies anxieties, but the US government seems unwilling to change its discourse, whose only objective is to induce Western society to support the imposition of more and more anti-Russian sanctions.

These were some of Sullivan’s words: “We are in the window. Any day now, Russia could take military action against Ukraine, or it could be a couple of weeks from now. […] We believe that there is a very distinct possibility that Vladimir Putin will order an attack on Ukraine (…) It could take a number of different forms. It could happen as soon as tomorrow, or it could take some weeks yet. He has put himself in a position with military deployments to be able to act aggressively against Ukraine at any time now”.

As expected, the adviser failed to present any evidence that there is a Russian plan in this regard. Apparently, it has become a tradition of American foreign policy to accuse Russia of all kinds of hostile attitudes without presenting any evidence or information about what leads the White House to conclude about the existence of such “risks”. Several American media channels spread the accusations that Moscow’s plan is to conduct the invasion in the next few days, staging one of the most successful operations of spreading fake news in recent time.

A few days ago, Bloomberg had accidentally spread a news headline claiming that Russia had already invaded Ukraine. The agency apologized for the mistake and removed the article from its website, but the news had already spread quickly, making thousands of readers believe that a new war had already started in Eastern Europe. There is no reason to believe that the publication was intentional, but the accident itself is unacceptable because in a globalized and interconnected world this type of negligence is capable of generating a major global crisis in a few seconds. Now, the US government appears to be doing something similar, claiming that the invasion will take place at any time – but it is doing so officially and intentionally.

The power of the mass media to influence international crises is notorious. With the complete absence of evidence about the alleged Russian invasion plan, the media has become the only method by which allegations in this regard are able to form public opinion. There is no scientific validity in the arguments for the population to be rationally convinced that there is a “Russian threat”, there are only unfounded accusations that start to receive credibility after being repeated countless times by the media agencies.

With this, anti-Russian paranoia is expected to grow significantly. The populations of western countries, victimized by the unethical action of the pro-NATO media in the dissemination of fake news, will start to support any anti-Russian measure in order to neutralize the “imminent risk” of a new war on European soil, including “preventive measures” of NATO on the Russian border. This means that new sanctions will be imposed on Moscow and NATO will have “justification” in public opinion to seek further militarization of Eastern Europe – disregarding the Russian government’s calls for such militarization to cease.

However, this kind of attitude certainly has an expiration date. Moscow does not want to invade Ukraine, and, with that, the ”next few days” will become increasingly distant. At some point, the Western media will lose all its arguments to keep constantly postponing war predictions and then Western public opinion will decrease its support for NATO. It remains to be seen when the White House will understand that no foreign policy project can be long-lasting based on lies and fallacious narratives.

Hope that ciatroll is right. Ukrobots starting to get boring. They are like herpes, but worse.

Jake and Cabal Co. is one of those ultra modern people in highest ranks of US politics, that know their time on TV is extra short (in most cases even less than a fraction of presidential mandate). There for these people tend to make up stuff, blow a whole lot of hot air (over nothing) and to say in about two weeks, we have done it, we have prevailed, we are the best, we have prevented Russian attack, that would never happen anyway. So make up shit over nothing in real world and then claim victory. Only in US kindergarten, priceless…. Does anyone else also feel like global warming just got a bit warmer? So my reply would be – keep your Ukraine where it is and pour in your money like there is no tomorrow… Hey jens, hi, how’s your dairy farm doing?

We all know that the government is disconnected from the “population” yet you people keep spouting the same insults against people who have absolutely no control over government policy.

The world is being played by a minority and there is nothing any of us can do but watch what happens next.

Will you actually believe it when the media says there is support??? After what you said above, that would make pretty dumb.