On November 17, Acting Secretary of Defense Chris Miller announced that the US will withdraw 500 troops from Iraq and 2,000 from Afghanistan before January 15, 2021.

“I celebrate this day as we continue the president’s consistent progress in completing the mission we began two decades ago,” Miller said. According to him, the decision was a “collaborative” one between Trump and senior US military leaders.

Miller added that negotiations with the Taliban are still “ongoing.” Earlier, Washington signed an agreement with the Taliban promising a full troop withdrawal from Afghanistan by mid-2021 if they upheld agreed-upon counterterrorism measures. As a result Taliban forces halted attacks on US troops in Afghanistan. However, the final deal is yet to be reached.

Meanwhile, the peace between the Taliban and the US-backed Kabul government has not been reached and the group has been developing advance on positions of government forces in several regions.

Why do they always leave some behind? Bring them ALL home

Tchoutoye
Reply to  Assad must stay

Including the many thousands of private contractors.

RichardD
Reply to  Assad must stay

So that they can keep Mossad and the IDF embedded in Iraq and have Iraqi airspace available to attack Iraq’s neighbors.

Assad must stay
Reply to  RichardD

– US troops in Afghanistan: Republicans alarmed by withdrawal plans –

Including contractors the US probably has 5,000 security personnel in Iraq. 500 is 10%.

Trump seems to be a bad loser.
Perhaps if he was in favor of face mask, he would have won ?

He won with more than 70% of votes . Only silly gays don’ t want to recognize the people ‘s victory .
Depravate elites are looser .

Screw you for voting me down Davide.
And who the hell is He?
Fricking idiot. :)

Poor rat ! Where will you try to hyde your broken ass ????

This was your full reply to me.
“He won with more than 70% of votes . Only silly gays don’ t want to recognize the people ‘s victory .
Depravate , satanic , pedo , looters and neonazi elites are looser .
Neonazi antifascist and their dirty racist blm will be soon out of law and it will be finally possible to shoot them along the streets and in any cave these rabid rats will try to hide “.

May be in this way you try to demonstrate you still have some kind of brain .
It wouldn’t have been so difficoult as it was for you to understand but finally succeeded : did anybody help you ?

Sorry to get in this discussion with you, as it goes no where.
God bless and have a good night. Signing off now. :)

They rigged the election,good or bad the worlds enemy (4th reicht/nwo)mob
Desperately in vain trying to cull peoples away fro m their legit right to chose a leader,sadly this is about the worse nation ever in history to run elections when by now technology ough know better,but no satan is the power of air,which includes airheads like that piece of sht along with traitor republicans loyal to bush/nazi/genocide ops regime:Don’t fall for the media they are tools> 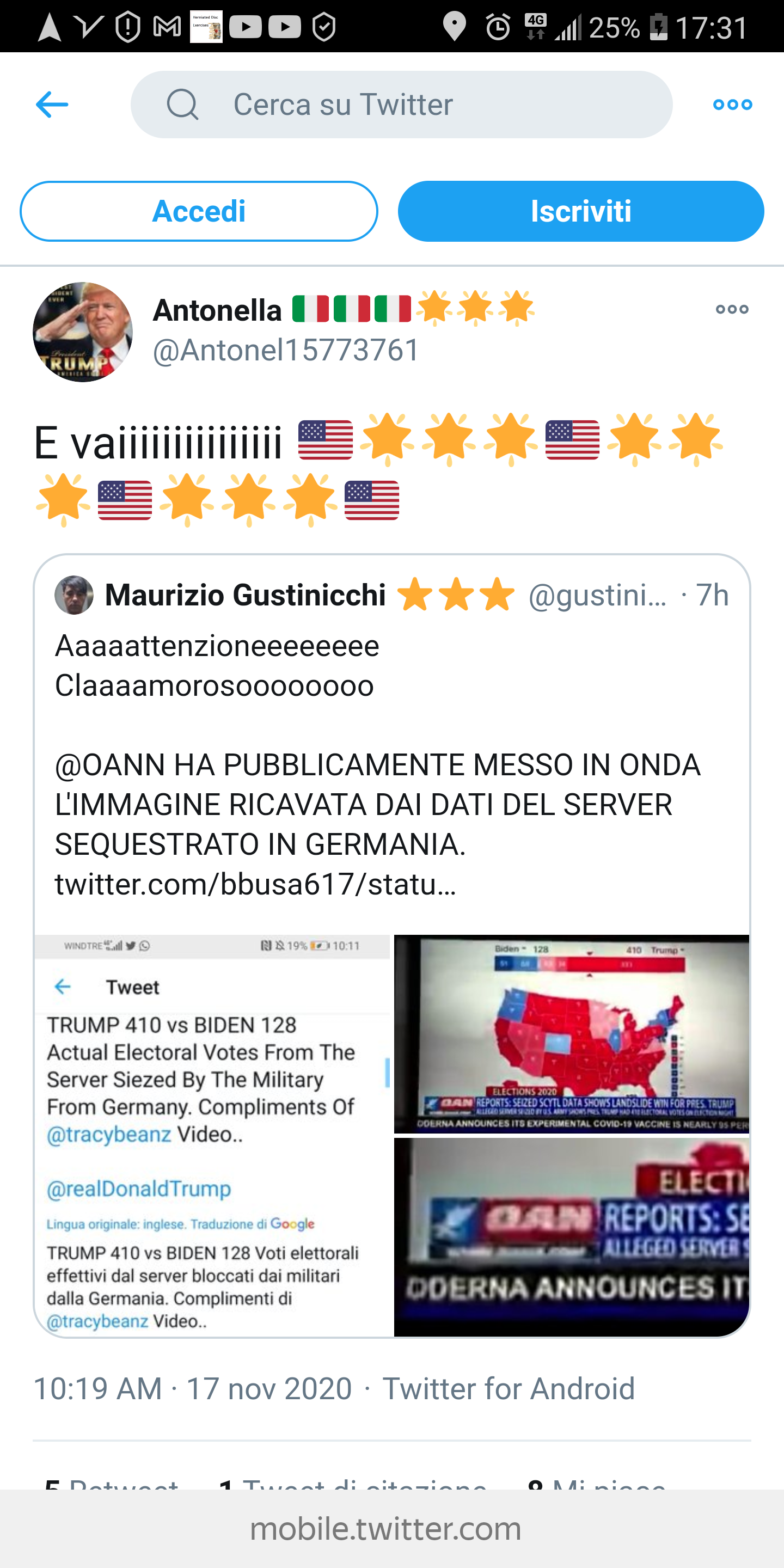 He’s losing in court. If there’s the type of fraud that he and many others claim. It should show up in the recounts. But the recounts and the court rulings from what I’ve seen are of questionable integrity. And appear to be part of the alleged fraud.

Good another gimp bites the dust,as if its cyber airwaves decide the law of the lands:
Useless deep state blowjobs,tried in vain to brand their gimp the national elect hero,fkn lol!

Frankly, the US is bleeding at home and foodlines grow to miles and the cost of these lost wars destroys the bankrupt economy. It is a certain sign of US insanity and addiction to wars.

LMFAO no, Biden gonna put them back in.