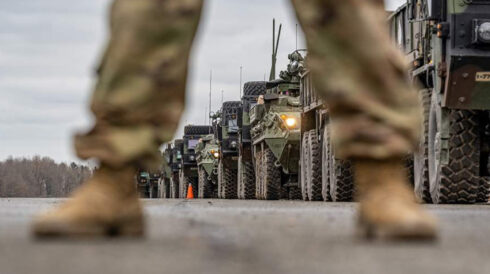 On November 4, the US Department of Defence announced another military aid package to Ukraine. The approximately $400 million worth package will be provided within the framework of the USAI (Ukraine Security Assistance Initiative).

Unlike Presidential Drawdown authority (PDA), “which DoD has continued to leverage to deliver equipment to Ukraine from DoD stocks at a historic pace”, USAI is an authority under which the funds will be used to purchase equipment, arms, and ammunition directly from U.S. defense contractors.

Unlike PDA transfers, which are carried out over a short period (days-weeks), here we have rather a part of long-term plans, the implementation of which is envisaged in the future, including through PDA packages.

The USAI, in collaboration with the United States Department of State, already supports a wide range of security assistance activities, including, but not limited to, intelligence support, personnel training, equipment and logistics support, supplies, and other services.

On november 4, the US DoD launched a contracting process to provide additional priority capabilities to Ukraine. The latest $400 million worth package includes: 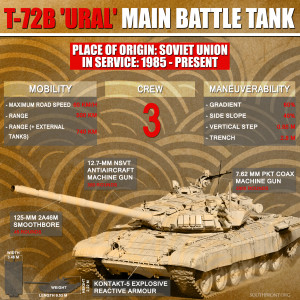 The last US military aid package was announced on October 28. It included $ 275 million for the purchase of MLRS HIMARS and 155-millimeter howitzers.

The US DoD reported that since January 2021, the United States has invested more than $18.9 billion in military assistance to Ukraine, including approximately $18.2 billion since February 24. “Since 2014, the United States has provided approximately $21 billion in security assistance for training and equipment to help Ukraine preserve its territorial integrity, secure its borders, and improve interoperability with NATO.”

It makes me sick to see the people of Slavelandia aka USA being robbed by deep state to keep their business with the gangsters, mass murderers and looters in Kiev. 🤮

Even worse is what is going on in Europe!

hash
hashed
Last edited 1 month ago by USA is a shithole, EU is becoming one
29
Reply

Florian Geyer
Reply to  USA is a shithole, EU is becoming one

The US is behaving like a wealthy drug addict’s spoilt kid.

By design or not, the US and its owners are destroying Western economies, and are currently on a path to oblivion.

The US empire will not be missed, by friend and foe alike.

All those bombs will explode on the heads of Russian servicemen. The biggest dream of the Americans has come out thanks to Putin’s blunder to declare war against Ukraine. Americans drink some coffee at home in washington while the Russians get murdered in their tens of thousands.

Go milk your goats , enough of your senseless babble.

So what’s going to happen when these dipshits finish getting their asses kicked, and can’t pay? It’s an honest question.

Here we dont pay for gifts to Ourselves.

You still support the many russian illusions.

I think they don’t await return of all debts, that’s why giving old stuff and forcing “allies”, i.e. spineless vassals, to do the same and to buy US-made weapons like Poland spending 19 million dollars for every used (but modernized) M1 tank. 2/3 of 100-billion german fund for army will be spent for buying F-35 instead EU-made fighters, which made french partners even more angry after those losses when the US stole their contracts with Australia, Swiss and so on.

Those are russias last days before being torn apart into colonies. Dosvedanye katsaps

Have they paid you anything yet, or is it you who pay for the pleasure of their company?

There is another scheme: IMF robs countries for benefits of globalists like Biden family robs the Ukraine having shares and bribes in ukrainian projects of western firms. These weapons will be delivered for free, but all “useful people” in administration will have their own share. A territory in plunder regime is paying a lot, not to the budget, but to the pockets of some important persons. That’s why IMF continues to send billions to Kiev regime even after its de-facro default. Part of every loan get stolen and shared among the clown, his friends and their western pimps, so the money keep flowing even though the regime is unable to pay.

You can do this when your dollars are backed by nothing but worthless IOU notes. Soon the Saudis will join BRICS and there goes the petro dollar !

We not even have the economic system You insinuate.

They never had Eastern Europe tanks, they had leopards 1 & 2 , So how are they going to suppose give them, South Front? They can’t give what, they don’t have. They did give another badge of those YPR vehicles (based of the M113) though.

Its writen in the text. They make the ones from Tjekkoslovakia in very good shape.

We are well prgabnized about Ukriane. Ammunitions is coordinated for all now repacing too random donations too much/too little.

Danes educate new Ukraine soldiers coordinated with others. We did the same for Iraq. Compared to Russia we di have the instructors and facilities.

We were specialized in the smallest military units having good small commanders being more active. We also made a lot of shooting practice. The Iraqian soldiers used a lot of bullets and didnt hit much.

In the advanced par we were for in practical logistics. Iraq is a big country, so transport with no waste of time and fuel is a must.

They’re desperate to send what they can. After Republicans won the election, not another penny will go to ukraine, and their military will collapse in a month.

Republicans support the war as well, many of them anyway. Likely though the money supply will get decreased.

they should cut all funding to this nazi ukraine regime asap because at this moment usa has entered war and now we can be directly attack by russia. we are at war with russia as the aggresor, of our own choosing, so we can expect emp, no internet, nuclear cruise missiles slamming into pelosis house , DC, NYC, LA. It would not take long and deep state in DC would have to surrender, then all the 50 states are decoupled from the beast