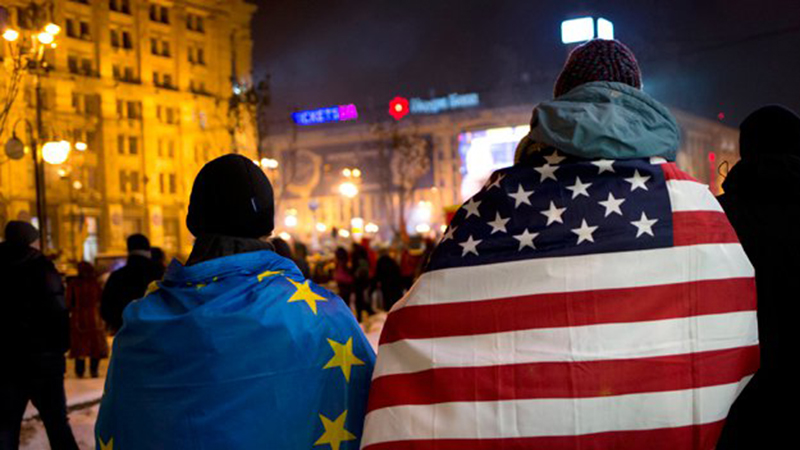 EU and US will long remember 2015. The West has not had to deal with so many problems in a long time. But most importantly, neither US nor European politicians were able to deal with even one serious international challenge, be it the refugee crisis or the Middle East terror threat. It may be this year will go down in history as the beginning of the end of the centuries-old Western hegemony.

British journalist Christopher Booker wrote about that in his article in The Telegraph. In Booker’s view, 2015 witnessed a rare geopolitical power shift. Never before have US and EU leaders looked more weak and helpless when facing new international challenges. It would be difficult to disagree. The world and the international order have begun to change. And not to the West’s advantage.

As the British journalist correctly noted, the change became apparent already when US and EU decided to draw Ukraine into the EU and NATO. The West understood perfectly well what it was getting into, and that Russia’s reaction will not be slow in coming. But it made that senseless decision just the same. And how did it end? In the end, US and Europe were badly discomfited. In contrast to the logical and correct Russian reaction, the West looked quite powerless with its sanctions. Neither US nor European elites managed to force Vladimir Putin to yield and change Russia’s political course. All they did is create more problems for their own countries.

If one is also to consider Syria, Booker notes that here too the Russian leader has the West right where it wants it. Not only did the Russian air campaign turn out to be much more effective in the fight against terrorism than what the US and its coalition did over several years, Russia’s opinion on the Middle East began to matter more.

While Russian leaders were becoming more authoritative and respective, the ratings of Western leaders were spiraling downwards. The British journalist admitted he’s never seen anything like that. The US and the EU, when faced with problems, were unable to preserve their dignity. The West demonstrated its helplessness before the entire world when it could not cope with the refugee flow or the Middle East terror threat. Booker underscored that Western politicians and political institutions have never been held in lower regard than right now.

One is left with an impression that the US and the EU literally lived in some virtual world of their own until their illusions shattered when faced with harsh reality. The West clearly did not expect this outcome. It may be that it was the self-regard and inability to accurately perceive events that led to Western politicians acting at odds with reality in every case. Even though these changes were long time coming, neither the US nor the EU could believe it, they could not even bear the thought of losing power.

But in the end the West put itself in its current predicament. The British journalist even made a reference to the famous German historiographer Oswald Spengler and his “The Decline of the West” which was published in 1918. Booker believes Spengler’s book title appeared about 90 years ahead of its time because the “decline of the West” is happening right now. Judging by what is happening in the EU, it is hard to disagree.

Does it really mean that the West’s hegemony will soon end? One certainly hopes so. But we’ll see.