US fighter jets launched air-to-surface missiles on US airbase in New Mexico, killing one US soldier and killing another one. 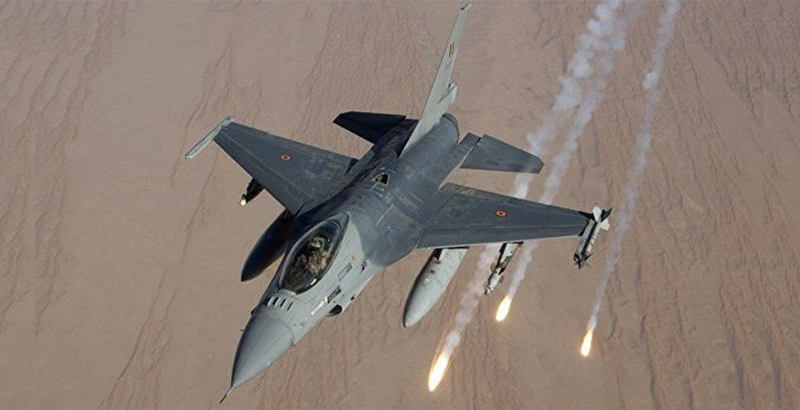 One US soldier was killed and another one was wounded in an incident, occurred on a military range in the southern part of New Mexico on Tuesday night, CBS News reported on Wednesday, citing Holloman Air Force Base’s officials.

On the night of February 1, two F-16 fighter jets, which took off from the Holloman airbase, were conducting an ordinary flight. For some unknown reasons, the aircraft launched air-to-surface missiles on a range that is a part of the White Sands Missile Range complex near Holloman. At that moment, members of a ground-control party, who provide guidance to military aircraft, including fighters attacking ground targets, were at the range.

As a result, a civilian contractor was killed at the scene, while an Air Force service member sustained minor injuries. The victim was taken to a hospital, and after provision of the necessary assistance, he was allowed to go home.

It was not reported what type of munitions was used by the fighter jets. According to officials of the airbase, the incident is currently under investigation.

A representative of the airbase noted that the F-16 fighter jets, involved in the incident, base themselves at the Holloman military base, but belong to the 54th Fighter Group, which is a part of the 56th Fighter Wing, headquartered at the Luke airbase in Glendale, Arizona.

Barba_Papa
Reply to  Burt the Merciless

The US Chair Force has a long history of hitting its own side. More British soldiers were killed by US airstrikes in both Gulf Wars then from enemy fire. The US army and USMC prefer to use their own assets rather then rely on the USAF. Even Patton in 1944 threathened to send his tanks west again to take care of the USAAF hitting them constantly.

The problem probably stems that the USAF is a poor team player. It loves to conduct strategic bombing, thinking it can solely win a war that way. It hates close air support as it feels it takes away assets away from the stratetic bombing campaign it really wants to fight.

No, based out of Arizona…probably some idiot relative of McCain’s.

Pilot must have been a transfer from CENTCOM, trained to take out wrong target. Or did he make the mistake trying to hit ISUS and hit freindlies? LOL

He have made a habit to make mistakes :))) LOL

That is the way of the most EXPENSIVE ARMY or AIRFORCE in the World…because the best…it?