Once again the US Air Force has made a ‘mistake’ and bombed civilians and pro-Turkish armed groups in Syria. 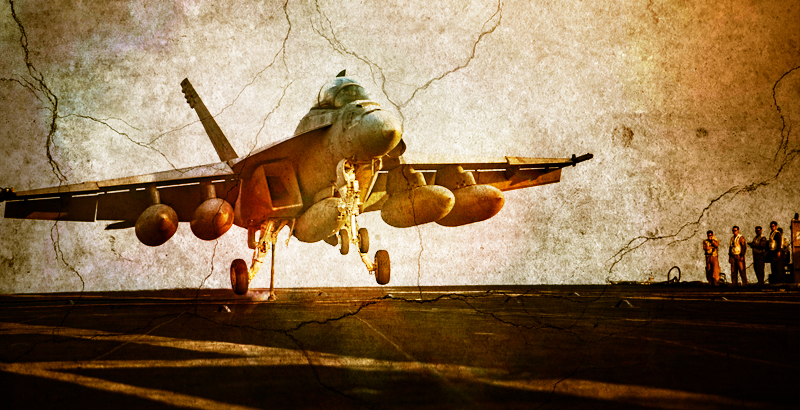 On October 3, after another thorough intelligence preparation, two F-16 fighter jets and two AC-130H aircraft of the US Air Force carried out a number of planned airstrikes on the Islamic State (IS) terrorist group in the area of clashes with the Free Syrian Army (FSA) between the settlements of Marea and Asunbul in the province of Aleppo. However, the airstrikes hit Marea itself and the ‘moderate’ opposition.

It is not profitable for Turkish authorities and commanders of pro-Turkish illegal armed groups to advertise these ‘mistakes’ loudly now.

For this reason, the information about victims among residents and militants still has not been disclosed. But it is obvious that we are talking about another deliberate ‘mistake’ because right at this time the Syrian Democratic Forces (SDF), created by the US and represented by the strike force of Kurdish units, and the US Special Forces are advancing to El Bab. It looks like the US Air Force purposefully deters competitors, represented by the FSA and Turks. And there are several reasons for this.

Already for several weeks clashes between different sides have been ongoing in northern Syria. Eastern and western Syrian Kurds have been fighting with the IS, Kurdish separatists – with the Turkish Army and armed units of the FSA, the so-called SDF have been fighting against the IS and the same pro-Turkish armed groups. Lastly, Turkish media and the Turkish Defense Ministry state that now the FSA is quite active fighting against the IS in order to take control over the settlements of Al-Rai and Dabiq that are strategic from the point of view of the Turkish buffer zone.

As it is known, the US Air Force supports Turkish operations against the IS. Recently, the US Special Forces have also ‘entered the game,’ but it has to avoid collisions with pro-Turkish jihadists.

However, US military instructors are still also staying among the SDF and Kurdish groups, which are the first enemies of Ankara and, therefore, of the Turkish Army and ‘freelance Turkish infantry,’ consisting of a number of Syrian Islamist groups. And this enemy is much more important for Turkey than the IS terrorist group, for which there are reasonably suspicions of too mild form of resistance, exerted to the pro-Turkish groups.

Some experts believe that this resistance became markedly harder after a series of negative statements of the Turkish government regarding to the US, in particular, after Turkish President Erdogan’s speech in New York, when in an interview with Bloomberg he accused the US of the ongoing military and financial support of ‘Kurdish terrorists.’

Other experts think that it is more likely that the US intends to use Turks and their ‘friends’ from the FSA in order to not allow Kurdish units to unite and, at the same time, to not allow groups, depended on Turkey, to be strengthened.

Strategists at the Pentagon also need to slow down the advancement of the FSA near Al-Rai and Dabiq, as after taking control over the settlements the way to Al-Bab will be opened for Turkish infantry. Then the way to Raqqa also will be opened and they already will not really need any support of Kurdish groups and even the US.

Turkish backed radical islamists claimed several days ago to press on and capture Dabiq. They won’t since then they already lost up to triple digits of combatants in minefields,VBIEDs,ambushes, snipers and mortar fire in just that region around Dabiq. For IS small village of Dabiq is as important as Ar-Raqqah, cause according to their beliefs there’s gonna be final battle between good and bad guys in that place where Dabiq now stands, it is sort of similar to the Armageddon for christians at Tel-Megiddo. Im pretty sure turkeys toy islamists in syria will abandon their plans to capture that place cause it would be much better defended than Al-Bab which they seek.

Some explanations are too complicated. I think the yanks are firing at FSA because FSA hates the yanks, and quite likely they have taken pot shots at the americans. Americans are telling them to back off, or else…

THIS IS FAKE NEWS WE HAVE NO INTEREST IN MOVING SDF TO AL BAB. WE HAVE BEEN OVER THE REASONS FOR THIS FOR MANY MONTHS.

may be the kurds misled the US air strike. you know ‘human error’ or ‘by accident’