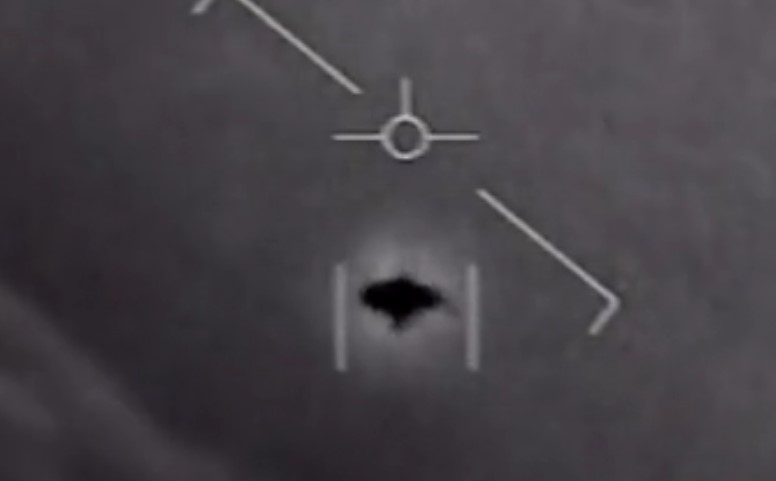 One of the former US military fighter pilots who encountered a mysterious flying object off the coast of California in 2004 has discussed the encounter in a lengthy interview, saying the unidentified object blocked all efforts to approach it or identify and track it by radar.

Commander David Fravor witnessed the Tic Tac-shaped object perform extraordinary aerial manoeuvres that no known human technology is capable of in November 2004. The former US Navy pilot said the UFO was unlike anything else he ever encountered.

Commander Fravor was dispatched to investigate the area after radar anomalies were detected. He was later joined by other pilots who were also dispatched to the area and who managed to record footage of the strange phenomena. The video was leaked in 2017 before being declassified by the Pentagon earlier this year.

Fravor recounted the perplexing encounter in a podcast interview with Massachusetts Institute of Technology scientist Lex Fridman. “This is not like, ‘we saw it and it was gone’, or ‘I saw lights in the sky and it’s gone’ – we watched this thing on a crystal clear day with four trained observers.”

The ex-pilot said that every time he tried to approach the object it rapidly accelerated away from his aircraft. “I remember telling the guy in my back seat, ‘Dude, I dunno about you but I’m pretty weirded out.’”

As reported by RT, after landing, Fravor mentioned the UFO to a colleague, Chad Underwood, who successfully located the unidentified phenomenon, however when he tried to identify the object and determine its course it appeared that the object jammed the radar signal. LINK

When discussing where he believes the craft came from, the former fighter pilot said it could do things that no known human technology is capable of. “I don’t like to get into little green men but I don’t think we’ve developed it … I think you can hide things for a while. This is a giant leap in technology.”

Following changes to the official policy on UFOs in the US earlier this year, the Japanese Self-Defence Forces have received orders on how to respond to unidentified flying objects entering the country’s airspace.

The orders were distributed in writing to Japan’s Ministry of Defence and SDF personnel, NHK TV reported. Defence Minister Taro Kono personally requested that the guidelines be drawn up in April after the Pentagon officially released three videos recorded by US Navy pilots which showed flying objects conducting unusual manoeuvres.

SDF personnel have been instructed to immediately inform their superiors if they see an unidentified flying object that could pose a threat to Japanese national defence and security. They have also been directed to film the object, so that the images can be analysed to determine the nature and characteristics of the object. Footage submitted by the public will also be subjected to detailed analysis by military experts.

The Defence Minister emphasized that he doesn’t believe that there are extra-terrestrial aircraft when he first issued the order to prepare guidelines five months ago, explaining the new directives as being prompted by an increase in drone traffic and other flying objects that move unlike conventional planes. Kono claimed that no Japanese pilot had ever seen a UFO.

The Pentagon set up an Unidentified Aerial Phenomena Task Force to investigate UFO incidents earlier this year, allegedly reviving a previously dismantled unit called the Advanced Aerospace Threat Identification Program whose existence was only recently revealed to the public (and which may not have actually been disbanded at all).

Shortly thereafter, Kono met with US Defense Secretary Mark Esper in Guam, and the UFO issue surfaced as a possible topic for Japanese-American cooperation, according to Kyodo News.

The three videos officially released by the Pentagon earlier this year initially emerged in 2007 and 2017, showing flying objects seemingly defying the laws of aerodynamics. However, alternative explanations for the clips have surfaced. Several former US military employees have suggested the ‘UFOs’ were part of a top-secret weapons program, possibly a missile-defence component known as a “kinetic kill weapon” or “exoatmospheric kill vehicle.” A retired CIA officer argued the videos showed “ghost aircraft” generated by a US radar-spoofing program. LINK

In June the US Senate Intelligence Committee approved a measure that would require the government, including the Pentagon and intelligence agencies, to compile all data on unidentified aerial phenomena into a declassified report.

The provision called on the government to “standardize collection and reporting on unidentified aerial phenomenon,” or UAP – more commonly known as UFOs.

The measure would compel the government to publish a detailed compilation of UFO reports within 180 days after passage; however, the committee noted that the report may contain a classified annex. It would also require federal agencies to explain how such information is collected and shared, and to disclose whether particular UFO encounters suggest that “a potential adversary may have achieved breakthrough aerospace capabilities that could put United States… forces at risk.” LINK

Another interview conducted in July of this year with long-time UFO researcher and campaigner for greater disclosure, Steven Greer, who has compiled data from hundreds of detailed interviews with military personnel and civilian pilots, among others, concerning sightings of and encounters with unusual and apparently inexplicable flying objects, provides many insights into the shifts that have occurred in official policy on the topic in the US. LINK

As with all research on this controversial topic, the reader must make his or her own conclusions as to what the truth may be.

Welcome to the era of galactic sanctions, Congress is already thinking about a law to punish evil aliens.

Galactic stupidity. If the Grays do exist, I hope they get vaporized by them and leave the rest of us alone.

They played cat and mouse. The UFO wanted to know how fast the jet is and what sensors it has, thats why it let it catch up over and over again than it pulled away. When it realized its no match it warped out. The fastest UFO ever recorded was pushing 80km/sec in the atmosphere. Thats around 288,000Km/hour or Mach 230. Our fastest SAMs can push Mach 25 like the S-400 and the A-235… Jamming a radar isnt really an act of war. Entering Earths atmosphere without invation is.

Some of them could serve demons and the Devil just like some Humans do. But in general they are biological, they can be killed.

not from this material space

Fog of War
Reply to  hththny

hththny
Reply to  Fog of War

Fog of War
Reply to  hththny

Actually, I think I’ll read your plagiarized Bible again just to remind myself how much of it was stolen from the Sumerians. Have a blessed day.

Invitation from who ? The UN , the US, China ? I didn’t know Earth had a global leader.

I guess it depends which country was under them. If they were above international waters without registration exploiting resources of any kind would make them (interstellar) pirates according to naval law. Piracy is an act of war…

I doubt extraterrestrials give a flying f?ck about naval law. Fish do not obey naval law, why should aliens? But to quote great wisdom of GW Bush: “I know the human being and fish can coexist peacefully.”

Must be deflating for the US to come across technology they couldn’t compete with.

Act of war? Pilot thinks he’s Will Smith from Independence Day. Advanced alien technology would be able to obliterate the planet from space.

Even we could do that…

Cynical me. The more we talk about it the more I believe it to by psyops. Next gasp … we really do have alien technology so don’t mess w/us or cut social security benefits to fund more Pentagon spending (or both).

There are other options besides ” alien” technology .

SF, why you followed clickbait title from MSM? It wasn’t hid point nor most relevant statemeny in this and earlier interviews.

Amazingly low resolution images, perhaps the aliens can teach the Pentagon how to invest in making better cameras?

Keep fake news in consideration too.

I believe these images are from IR cameras.

Fire on, see what happens next.

Video quality laughable, how normal is it for the equipment installed in F18s ?

Lone Ranger
Reply to  FANFARΟNE ? Year of the Pig ??

FLIR is usually not high res.

It has the shape of the star ship Enterprise. Maybe they got trapped in a time warp again?

It depends on which Flir camera and definition of highres is used.

Hahaha, let’s wage war on Neptune!! for the emperor! Huahuahua

Project blue beam may happen. Alien threat, need God to save us. Bwahahaha. Filtering it into the mainstream, conditioning the masses. Normalizing the events making the public comfortable with the notion of actual extraterrestrial visitation, something that could not have happened 50 years+ ago. Most of us believe about ufos anyway. We just wanted to hear the US government confirm it. They have now, a few times lately. Everyone is ok about it, no mass panic. Time to move on to the next phase of the psyops.

Blue Beam would fail miserably. The general population is far too sophisticated to get fooled by some images from IR images.

So, declare war on Space Aliens? LOL The wife and I had an amusing talk about recent US provocations. I joked with her that the boys from DC would go to war against the Space Aliens if they could. Those idiots can’t even handle Afghanistan.

I would say that ETs shooting someone with Department of Homeland Security credentials like me in the face with a beam weapon on the planet’s surface in California could be considered an act of war.

An ET airspace violation engaging fighter aircraft could be considered an act of war if there were hostilities. Without hostilities, I’d put it more in the intel category. Which makes declaring it an act of war questionable.

I wouldn’t put diplomatic, security and medavac liaisons with someone like myself to establish and develop working relationships and provide better medical care for my elderly parents and myself in the act of war category.

according to recent studies 47-60% of US adults –mainly atheists, believe in ghosts—-the transference of evil onto the dead (Freud) this is how they believe they can win a war…with their evil ghosts the US oligarchy is happy in their mansions “the wolf cares not how many the sheep there may be”. Virgil