US Air Force acquisitions director Will Roper revealed earlier this week that the service has built a full-scale prototype aircraft that is already undergoing flight testing under the highly classified Next-Generation Air Dominance (NGAD) program, a development that could have major implications for existing plans for the future force structure as well as the five-year budget plan beginning in 2022.

Media portal breaking defense.com reported that the announcement of the existence of the new aircraft caught reporters and experts by surprise.

According to a report by Breakingdefense.com:

“This certainly helps explain where the NGAD funding was going,” Todd Harrison, director of the Aerospace Security Project at the Center for Strategic and International Studies (CSIS), said in an email. “One of the things we noted in our recent budget analysis is that the program was already at a burn rate of around $1B per year, even though the acquisition strategy had not been finalized.”

After announcing the existence of the new aircraft, Roper declined to discuss details of the results of the plane’s flight tests or the projects overall development goals when he met with reporters at the annual Air Force Association conference.

“All I can say is that the NGAD test flights have been amazing — records have been broken,” he said. “But I’ve been impressed by how well the digital technology truly transitions to the real world.”

He added: “A lot of the mission systems that we require for Next-Generation Air Dominance have been flown on test articles, so they are coming along very well, and digital engineering seems to accelerate everything.”

Roper stated that many issues related to the development and commissioning of the new aircraft are yet to be decided, including fundamental funding decisions as the air force tries to balance current capabilities against future objectives and determine the future structure of its fleet of fighter jets.

Although the acquisition strategy for NGAD is finished, it has not yet been approved by senior Air Force or Pentagon officials.

Commenting on the news, Harrison said: “The key questions the Air Force will need to answer for Congress are what capabilities does this fighter have that aren’t resident in the F-22 and F-35, how many will it need, how much will it cost, and what is it willing to give up to pay for this (i.e. the opportunity cost).”

A major element of the NGAD strategy is based on digital engineering and the Digital Century Series concept whereby new iterations of aircraft, based largely on updated software for mission systems, are fielded every five to 10 years.

NGAD is one of three big-ticket Air Force acquisition efforts that have incorporated digital design, development, engineering and testing to rapidly upgrade capabilities and reduce costs. The other two are the Ground Based Strategic Deterrent and the T-7A Red Hawk trainer, the latter of which built two identical prototypes based on digital designs.

A document describing the strategy argues that “applying digital engineering and management would drop the cost of a notional fighter aircraft by 10 percent over a 30-year life cycle acquisition, with savings spread across production, research, development, test and evaluation (RTD&E) and operations and sustainment (O&S).”

Advances in digital engineering have been pivotal to the adoption of the new strategy. While aerospace engineers have used computers for decades for the designing of aircraft, only recently have weapons companies developed 3D-modeling tools that can model an entire life cycle — design, production and sustainment — with a high level of accuracy and fidelity. The process allows companies to map out an aircraft in extreme detail and model how a production line would work using different levels of manning as well as how maintenance staff would carry out repairs.

Although it is common for very few details to be released as to the performance and capabilities of new military aircraft, the circumstances surrounding the announcement suggest the possibility that may be largely part of an effort to persuade the US Congress to approve additional funding. The House Armed Services Committee had previously recommended cutting funding for the NGAD program in the fiscal 2020 budget request, from $1 billion to $500 million. LINK

WASHINGTON — The U.S. Air Force has secretly designed, built and flown at least one prototype of its enigmatic next-generation fighter jet, the service’s top acquisition official confirmed to Defense News on Sept. 14.

The development is certain to shock the defense community, which last saw the first flight of an experimental fighter during the battle for the Joint Strike Fighter contract 20 years ago. With the Air Force’s future fighter program still in its infancy, the rollout and successful first flight of a demonstrator was not expected for years.

“We’ve already built and flown a full-scale flight demonstrator in the real world, and we broke records in doing it,” Will Roper told Defense News in an exclusive interview ahead of the Air Force Association’s Air, Space and Cyber Conference. “We are ready to go and build the next-generation aircraft in a way that has never happened before.”

Almost every detail about the aircraft itself will remain a mystery due to the classification of the Next Generation Air Dominance program, the Air Force’s effort for fielding a family of connected air warfare systems that could include fighters, drones and other networked platforms in space or the cyber realm. 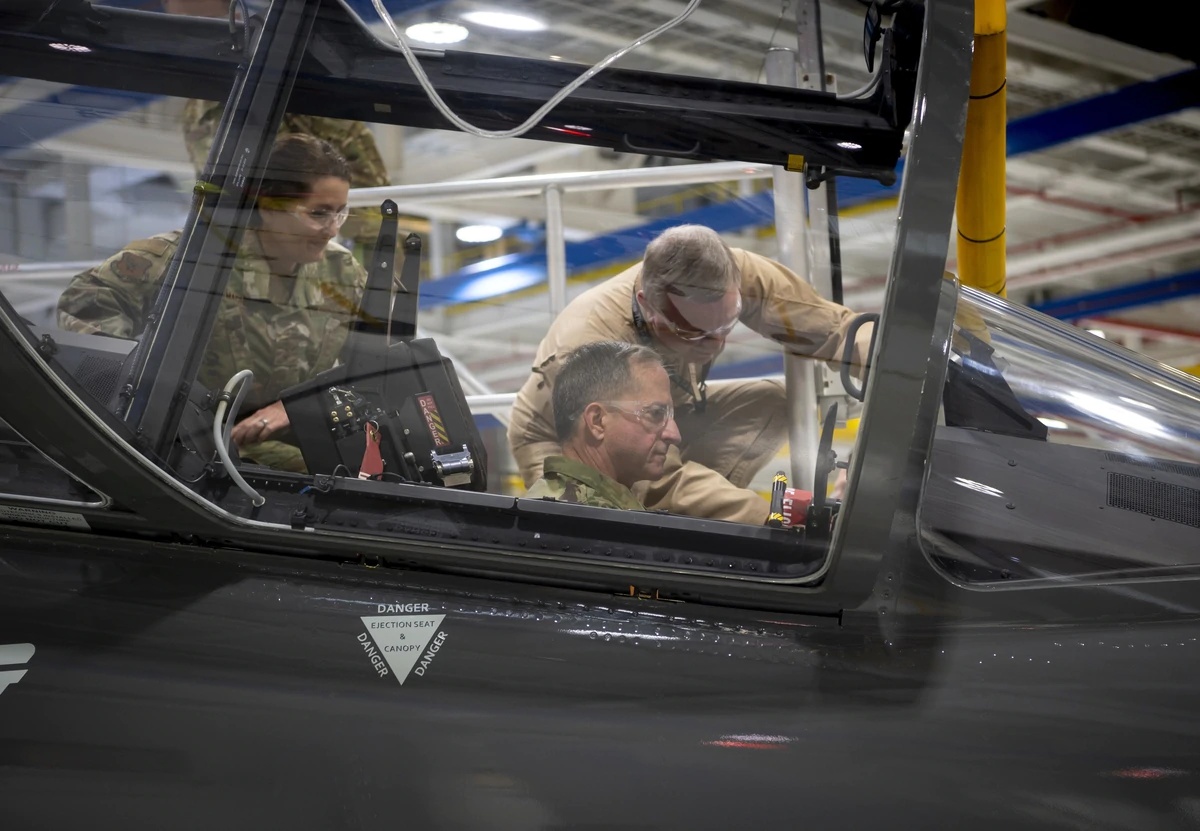 They are well aware F-35 is garbage, they need something better asap…

And that SU-35 is the one that beats American jets.

Exactly what I have been saying and I was right again.
We have secret weapons that the world dont know a shiiit about, while Russia is bragging day and night in public about all of their newest weapons…………………..LOL.

While Russia’s new hypersonics are obsolete, our new futuro US Air-Global Dominance-Fighter are centuries ahead of eveyone else, as we are flying photonic invisible………………….LOL.

Many of you obsolete truth seekers and obsolete thinkers probably dont know the future word yet that will be on everybody’s lips in the decades to come. As the absolutely newest and most secret I give you the word here RØMER.
America is showing global leadership again, and is the only nation who fight in RØMER mode:

u r a cartoon jenny—-Baudriliard did compare u to Disney characters that live in hyperreality….unfortunately wars r not fought in comic books, u under socialized child
in the actual world US loses all wars

Will it also end up being 10 years behind schedule and tens of billions of dollars over budget?

if it is amerikan it is trash—those idiots will believe any cartoon on their TV designed for the 9 year old mind….they produce toys that fail
every war lost—to this day they claim they did not lose their war in SE Asia…if they fan find Asia on a map

I have read about it few day before. It’s not even prototype, but a model. Apart that, the 6th generation must by unmanned, this model has a cabin, so it’s not 6th generation.