From 35 up to 224 civilians have been killed in airstrikes of the US-led coalition in Raqqa province this week. 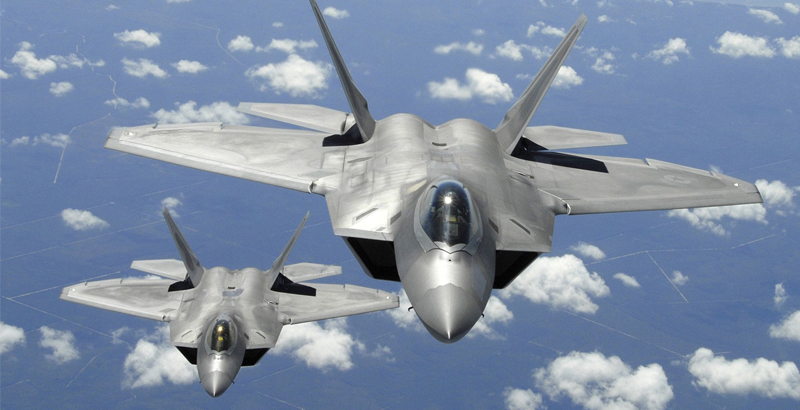 Fighter jets of the US-led coalition carried out several airstrikes on al-Omran region in Raqqa on Saturday, the Sana news agency reported, citing its own unnamed local sources. As a result, several civilians were killed and wounded.

According to the news agency’s sources in Raqqa province, at least six people, including two women and two children, lost their lives in the airstrikes, while several others were injured.

In addition, the al-Badiyeh al-Dakheliyeh school in the city of al-Mansoureh, which hosted 50 displaced families from Aleppo, Raqqa and Tadmur, was also pounded by the coalition’s air power on Wednesday. Al-Mansoureh city locates just 30 km to the west of the city of Raqqa. The school was completely destroyed by the airstrikes. However, the number of casualties still has not been announced.

Meanwhile, the al-Baladi news website, affiliated to Syrian militants, reported that over 200 civilians were killed in the aerial attack, while dozens of others were wounded. The website noted that many of those wounded were in critical conditions. At the same time, the Syrian Observatory for Human Rights (SOHR) reported that the airstrikes claimed lives of at least 11 civilians.

On Monday, the coalition’s air force carried out an airstrike on al-Andalas farms, located in al-Tabaqa region in the western part of Raqqa. As a result, at least 18 civilians were killed.

Earlier, the US forces announced that only 220 civilians have been killed in the coalition’s air attacks in Syria and Iraq since 2014. At the same time, the US command noted that it could not investigate all reports on possible civilian casualties using “traditional investigative methods,” such as interviewing witnesses and examining of the airstrikes’ sites. Instead of this, the coalition interviewed pilots and servicemen, who took part in combat missions. The US command also reviewed airstrikes’ surveillance videos and analyzed traditional and social media content of government and non-governmental organizations in order to draw the results.

Who knows who is telling the truth these days. If civilians were killed in Raqqa, in a perverse way their suffering is over. It will only get worse when Raqqa comes under Mosul style street fighting.

That’s Isis using human sheilds and such. Also I’m sure they use tactics to get America to bomb certain locations where civilians are.Isis has shown their self to be highly adaptable but they are evil and that’s not self sustaining.The air war America has waged has been the most humain in history.But that’s revitavie War is death

“Trying to turn the local population against America” , well that should not be too hard , as the only reason Syria is a war zone , is the US backing of jihadist “rebels” , in order to promote “regime change” . And why is the US in Syria for the last six months anyway , trying to bump into Russia ? Have they not made a big enough mess already ?

You have got to be joking. What about “mistaken” coalition airstrikes against SAA at Deir Ezzor! Is this humane for the 100K residents there.

Like it or not the terrorist themself is civilians which support sabotage,blundering and terrorism.Whenever their are move from one place their go with their familily and friends.USA/Nato and Turkey are killing harmless civilians to ignites hatred against the government for not helping them.USA/Nato and Turkeys agenda is human depopulation and redeployment of terrorist.SDF has been stop attacking Raqqa until further notice but coalition bombs their selective areas please wake up people.Let the Raqqa bombings involved Russians and Syrian air force.Remember this terrorist were relocated by USA/Nato during Mosul attack to Raqqa.Of cause there special forces in Raqqa hidding in secret underground operation rooms.

Daesh commanders are hiding in the basements. No need to hit Raqqa now, the action is in Al Tabqa. And ISUS is scrambling to meet the threat. RU/SU air have more important fronts to deal with.

Thanks for information together we can make change through proveding heart broken crucial informations.

Actually ther are setting up defense positions. Also they need to keep control wich can only be done above ground

I agree with you, they need to initiate air campaign in order to claim their presence and ownership of Raqqa

Actually Isis do not represent most of the population.Maybe they let them in at the start hoping for independence.I assure you America we good people.We just have no clue about geo politics.If it was up to me I would say fuck Syria and Iraq and get ready to teach Iran a lesson

Main thing is Most of Americans don’t know shit about the middleeast politics.

We tolerate Turkey because of the Black Sea entrance.Also that air base we use helps out.We tolerate each other.Take Manbij for instance

Keep on commending each and everyone’s comments are valuable we also share information through this and standing up for those can’t speech for themselves.

Branches will be cracking…

how pathetic, they claim to be fighting terrorism at the same time killing civilians left and right in their airstrikes

Oh well. I’m sure those folks were Daesh supporters to have the opportunity to be housed inside hospitals and schools controlled by ISIS.