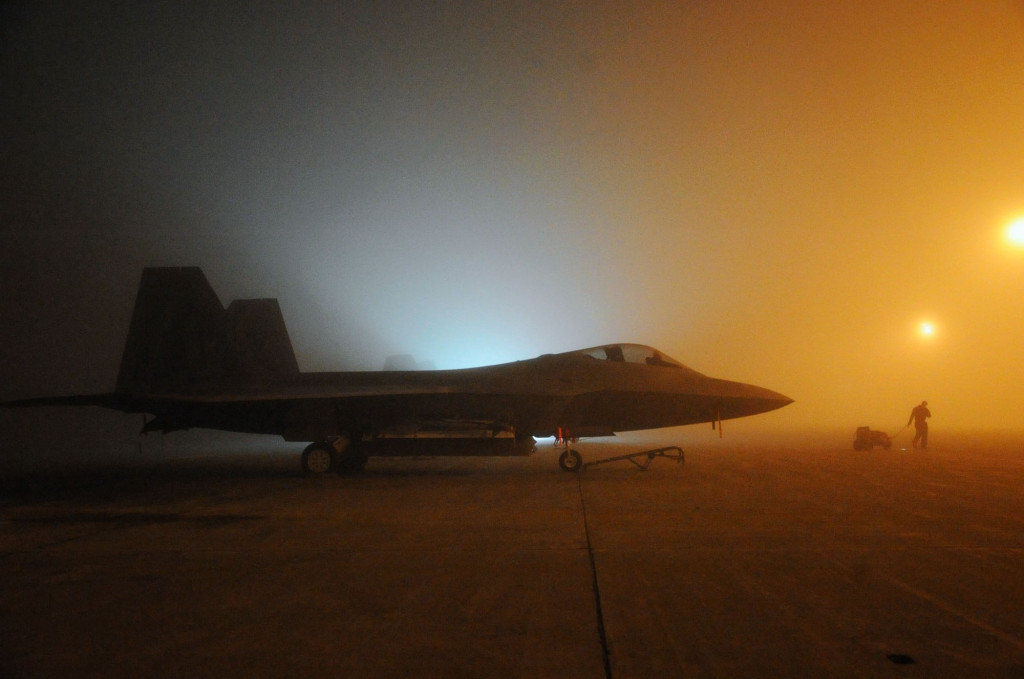 90 Iraqi military servicemen were killed and 100 wounded as result of a US airstrike in Mosul, the Iraqi Factiniraq news portal reported.

The airstrike that had been likely made by mistake on Friday allegedly destroyed eight infantry fighting vehicles and four Humvee military light trucks belonging to Iraqi security forces (ISF) and pushed ISF to retreat from the recently liberated areas of the ISIS stronghold.

This was not the first time when the US-led coalition’s airpower successfully assisted ISIS terrorists to defend their positions in Mosul.

On December 5, the coalition’s air force bombed the so-called “Golden Division” of the Iraqi army near the Mashfa al-Salam hospital that Iraqi fighters had seized from ISIS. As result of airstrikes and ISIS counter-attacks ISF lost up to 200 fighters and was pushed to retreat.

Both incidents were likely a result of excuseless mistakes by US-led coalition pilots that were made because of a lack of practice during their deployment at the operational theatre. This fact is not news for experts. Even official numbers provided by Pentagon show that combat aircraft of the US-led coalition (180 warplanes!) make only about 20 combat sorties per day.

I feel for the government of Iraq. With such friends who needs enemies.

Iraq and Syria need to come together and demand the US leaves their country – or come out and officially declare war on them. This half-assed crap has to stop.

Syria did this. do u think USA stopped air dropping weapons by mistake for the ISIS !!! right now the only people fighting the terrorists are Russia and Iran.

I feel for Iraqi people because they are on the receiving end.

so true. i didn’t mention the solders but RIP for the victims and blessings for those on the battle field and around. May they liberate themselves from the”friends”!

Incredible. All this talk about being done by Christmas too. This is going to make Sirte look like a kindergarten picnic

Mosul will be taken the next year.Probably when Idlib falls to SAA.

2 things: Is it americans – Nr 2 – Why dont they take the rest of the ISIS area in stead.

Israeli influence in the tactical command structure on every level of US Armed Forces means that the US really has no capabilities in combat situations Abadi has made statements very close to the above, hence recognising when the War is over US meddling will not be acceptable by any Iraqi political factions, except the Kurds of course who are lovers of israel.

I have expected this all along. The Iraqis do not trust the Americans, they have experience of their forked tongue. Here we have proof, and it is proof and not an accident, that ISIS is not meant to be contained and destroyed. You don’t create a proxy force and let it be destroyed. This is the most treacherous, not to say treasonous, battle operation around. I hope the Iraqis prevail.

Iraq should ditch the United States. Declare their presence illegal, and seek Russian aid for air missle defense and specialized training like in Syria. End any dependence on the West and free themselves. They can take ISIS with their other allies, without the US and their false support which seeks to prolong ane expand ISIS presence.

Syria did this. do u think USA stopped air dropping weapons by mistake for the ISIS !!!

Pardon?…What do you mean “Syria did this.” … Are you saying Syria flew into Iraq and bombed Iraqi forces in Mosul? Lol. Maybe, I am misunderstanding your comment.

No, I do not think USA stopped dropping weapons by “mistake” for ISIS…they been doing it for years. Why stop now? And why mention this in relation to my comment?…

No you didn’t get my point. Syria’s governments asked USA, Turkey and Israel to stop their middling and helping the so called moderates fighters (terrorists with new name) in Syria and we all know how that ended. USA doesn’t care for Iraqis’ officials opinion. if they want to invade Iraq once again with the excuse that their president’s fart is Toxic, no one can stop them. right now Iraq has declared the presence of turkey army in the country illegal but they refuse to leave, let alone the USA. . P.S: in the beginning of Iraq-ISIS war, Syrian’s Fighters did bomb ISIS to help the Iraqi government.

Thanks for details, appreciated.

It’s bomb the Iraqi army or its citizens each day now via the USA. Does US have some signatory leverage over Iraq that they get to do whatever and Iraq can just eat it? A few weeks back. …the Bond market lost 1. 7 Trillion in mere days.

Iraq isn’t the only party getting their asses kicked by the US.

1999 they bombed Chinese Embassy in Beograd by accident as well.

While the casualties are ridiculously exaggerated the attacks have indeed taken place.

For every Isis terrorist the USAF kills, they kill nine Iraqi government troops, now one can ask himself, are the USAF providing air support for ISIS or the Iraqi military …

And again!! There is something wrong here. Airstrikes using only GPS are done against static targets. When dropping bombs near friendly forces, they are supposed to work with forward air spotters and properly ID their targets (smoke rounds,etc). Is the problem training, communications (too many different forces involved), or planes flying too high to ID target. In the videos the Iraq forces have flags on all vehicles to help prevent friendly fire. But then again, the Deir Ezzor airstrike was well planed!

“…When dropping bombs near friendly forces, they are supposed to work with forward air spotters and properly ID their targets (smoke rounds,etc)…”

The spotters are called JTACs – Joint Terminal Attack Controllers. They are mandatory for close-air support when U.S. troops are on the ground, but Iraqi troops are not even considered human, much less ‘allies’ by CENTCOM and CJTF-OIR meatheads. There are too few JTACs to deploy in all the Iraqi units and they all need interpreters. In fact, there are only a handful of JTACs in Iraq at all. Between that, the language barriers, and the general dismal nature of CENTCOM ground intelligence (it absolutely SUCKS), I’m surprised there are not way more friendly fire incidents like these. Maybe their is, but we just never hear about them. CENTCOM is way better at censorship then military ops.

Add the tendency for Iraqi ground troops to call in airstrikes repeatedly whenever they encounter any entrenched resistance. Someone shooting at them with a large-caliber weapon or RPG from a five-story building a half-mile away? Call in the coalition to level it. Bunch of technicals hiding behind a berm shooting at them? Call in an airstrike. U.S. military planners should have anticipated this exact situation and were fools to have assumed the Iraqis would just walk into ISIS meat-grinders because it serves U.S. interests.

There is no chance a USAF pilot is going to see a flag on a vehicle or have any idea which side a formation or group of vehicles belongs to. Their aircraft are either high (out of shoulder-fired SAM range) or going too fast to possibly identify anything on the ground. If there isn’t a JTAC with precise coordinates guiding them, then they are getting strike coordinates fouth-hand through Iraqi and CJTF-OIR approval channels and trying to eyeball a target from that and whatever their on-board radars/FLIR/sensors can tell them. Which is a horrible way to run CAS. The U.S. sucks at CAS in Iraq for Iraqi troops. I would NEVER call on and certainly not depend on OIR CAS if I were an Iraqi. Better to avoid using them altogether for CAS. Let them bomb stuff miles away from your troops – they can at least do that with some competence.

USAF , does not want to leave Iraq , as this and many other so called “errors” clearly show. Slow the Iraqi Army down , do not let them win against ISIS. With a “permanent” military presence there , and in neighboring Afghanistan , it makes any future moves on Iran easier . A clear victory over ISIS would give them only poor excuses to remain .

The report is false and has been denied.

It’s almost like Der Erzur. US and NATO have no end to the conflict in the Middle East on the cards. That would have serious consequences for the Military Industrial Complex as well as for the Wall Street. Iraq is sadly a failed state thanks to US intervention. Its leadership is corrupt too. Iran is the main stake holder in defeating ISIS in Iraq and Syria. Division among the Persian Golf states perfectly serves the interests of US and NATO countries while Zionist entity is thriving.