According to Russian President’s Special Representative for Afghanistan, Zamir Kabulov, there is evidence that the US intelligence and the CIA encouraged a drug trafficking from Afghanistan to Russia, Europe and China. 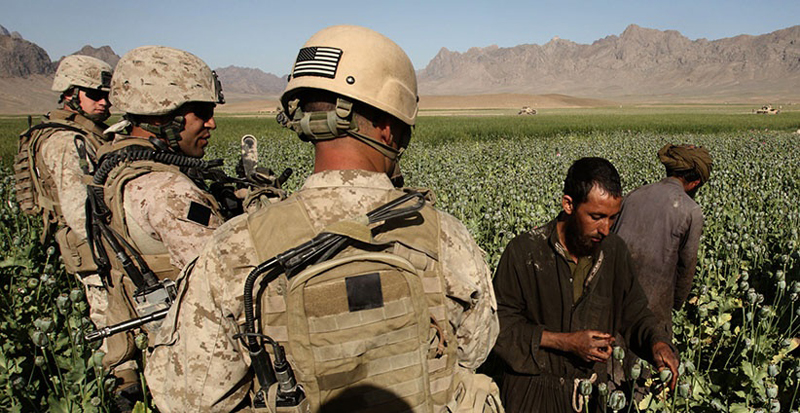 The US intelligence and the Central Intelligence Agency (CIA) were involved in strengthening of a drug trafficking from Afghanistan to Russia, Europe and China, the Russian side has evidence, Russian President’s Special Representative for Afghanistan, Zamir Kabulov, said during a press conference in Moscow on Tuesday.

“Objectively, Americans were not interested in suppressing drug trafficking. Firstly, they feared to alienate broad masses of the peasantry, and about 2.5 million people are employed in this sector, and each of them has the Kalashnikov, hanging from a nail at his home,” Kabulov said.

However, according to him, there also was a “hidden reason,” connected with the drug supply to Russia and Europe.

“US streets got a maximum of 0.4% of Afghan heroin. All the drugs were sent to Russia, Europe, China and India. Americans did not have a reason to be worried. It is not my own version, it has substantiation,” Kabulov said.

The Rothschild Emipire in the 1800s which was then under the misleading term of “British Empire” has a history of doing this to China and other nations, causing the Opium Wars between Britain and China. So it is not surprising that the same Zionist empire which has now changed name to the “American Empire” is repeating the same tactics. The Zionist Jews have a template/modus operandi they keep repeating, it is not difficult to anticipate their actions when you study history carefully:

Imran Nazar Hosein explains this scam very clearly and in plain English. Anyone interested in his videos, should Google him!

Not really strange for they have had a long history (the C.I.A.) of running drugs into the U.S. first it was Nam and the Golden Triangle than Reagan and his guns for drugs with the death squads we trained here and sent back to South American countries while the drugs ended up in the arms of American kids.!!!