Burevestnik nuclear-powered cruise missile. A screenshot from the video of the Russian Defense Ministry (MoD)

On July 18, 2018, Russian MOD published new videos on the new strategic systems announced by President Vladimir Putin during his address to the Federal Assembly on March 1, 2018.

The official Russian MOD comment accompanying the video states: “The Russian Federation is continuing its efforts to strengthen its security. Creating new strategic systems is intended to improve Russia’s defense potential, preventing any aggression toward our country and its allies.

The Poseidon is a conceptually novel underwater weapon system, utilizing unmanned submersibles. Its unique capabilities will allow the Navy to combat carrier and surface strike groups in any maritime theater of operations, and strike coastal infrastructure at intercontinental ranges.

As indicated in the presidential address to the Federal Assembly, the testing of Poseidon’s nuclear powerplant successfully concluded its tests in December 2017. This confirms the feasibility of an underwater unmanned vehicle with specified characteristics. The Poseidon is currently in the phase of system development.

Defense enterprises are testing the reliability of all the aspects of Poseidon’s construction, and Russian MOD testing grounds are preparing tests to confirm the vehicle’s mobility following simulated launches in realistic conditions, and subsequent movement along the assigned route in the autonomous mode of operation. Poseidon’s development remains on schedule.

For the first time in history, Space Forces received a modern weapon based on a novel physical principle, namely a combat laser system. Peresvet systems have already been deployed at their operational locations and are being actively phased into active service. Their operational use will be facilitated by specialized infrastructure, housing, and storage areas constructed at deployment locations. Personnel of units being equipped with Peresvet has undergone retraining at the Mozhayskiy Military Space Academy base and is continuing to enhance its tactical and technical skills both in specially equipped classrooms and through application on actual systems.

During the aforementioned address President Putin announced that a cruise missile with unlimited range, whose development began as a response to the US establishment of a global ABM system after the US withdrawal of the 1972 ABM Treaty in December of 2001, was tested in late 2017 at the Central Proving Ground of the Russian Federation. The low-flying, low-observable, nuclear-capable cruise missile with a practically unlimited range and an unpredictable flight path with the ability to bypass enemy air defense zones is invulnerable to both current and projected ABM and air defense systems.

Tests of the new cruise missile with a compact nuclear powerplant allowed Russian scientists, engineers, and designers working jointly with the RF Armed Forces to confirm the correctness of the adopted scientific and technological solutions, and obtain valuable experimental data necessary to finalize system requirements. The development of an unlimited-range cruise missile is proceeding as planned.

Finalized system requirements are utilized to improve design of individual components and conduct their land testing, and prepare flight tests of cruise missile prototypes with incorporated improvements. At the same time, work is continuing on flight preparation and launch equipment, and on improving the production, assembly, and testing processes.

Collectively, these efforts will result in a novel type of weapon, namely a strategic nuclear-capable cruise missile equipped with a nuclear powerplant.

Russia’s defense industry has completed the development of the Avangard missile system designed to carry a novel payload, a gliding warhead. Industry has begun its serial production.

The gliding warhead flies at the altitude of several tens of kilometers, in thick layers of the atmosphere, unlike traditional ICBM warheads which follow a ballistic trajectory. The glider has intercontinental range at hypersonic speeds of over Mach 20. It can change altitude and carry out side-slip maneuvers of up to several thousand kilometers, making its flight trajectory unpredictable for ABM systems and giving it the ability to bypass enemy detection and missile systems.

Moreover, the gliding warhead trajectory is lower than the minimum ABM system intercept altitude. It is also difficult to intercept using short-range missiles due to their limitations in dealing with high-speed maneuvering targets and the gliding warhead’s use of anti-ABM measures.

The Strategic Rocket Forces’ unit based at Dombarovskiy is making organizational and technical preparations to introduce the Avangard system into service. They include engineering and geodetic adaptation of missile launch sites for the new systems, construction of new and modernization of existing infrastructure to support the missile deployment and use, installation of power, communications, and command lines. Personnel is undergoing training.

One of the main directions in the development of strategic nuclear forces determined by the SRF Development Plan is the deployment of the Sarmat silo-based ICBM. This system will not have its equal anywhere in the world. Sarmat deployment will coincide with the gradual withdrawal from service of its predecessor, the R-36M Voyevoda.

Sarmat’s kinetic potential allows it to use a wide range of payloads, including low, medium, high, or very high-yield warheads. The missile already successfully concluded silo ejection testing, which paves the way for its flight test program. The progress thus far makes it possible to conclude Sarmat will enter service within the planned timeframe. Rearming with Sarmat will considerably strengthen the SRF and endow it with novel capabilities in the realm of nuclear deterrence and preserving Russia’s security.

A squadron equipped with the Kinzhal hypersonic missiles reached initial operational capability (IOC) on December 1, 2017 in the Southern Military District. Flight and technical personnel are engaged in mastering the new system. Since the IOC, the squadron conducted over 350 flights, including 70 with in-flight refueling. Starting in April 2018, MiG-31 fighters carrying Kinzhal missiles have been conducting regular flights over the Caspian Sea on a strategic deterrence mission. They have also conducted a joint exercise with Long-Range Aviation on attacking land and naval targets. This exercise was used to prepare for the use of the Kinzhal by Tu-22M3 long-range bombers and provide fighter cover for aircraft strike groups. In addition, Kinzhal test launches are continuing in order to expand their capabilities.

The video analysis below was originally released by SF on January 5, 2018:

Check this out South Front! 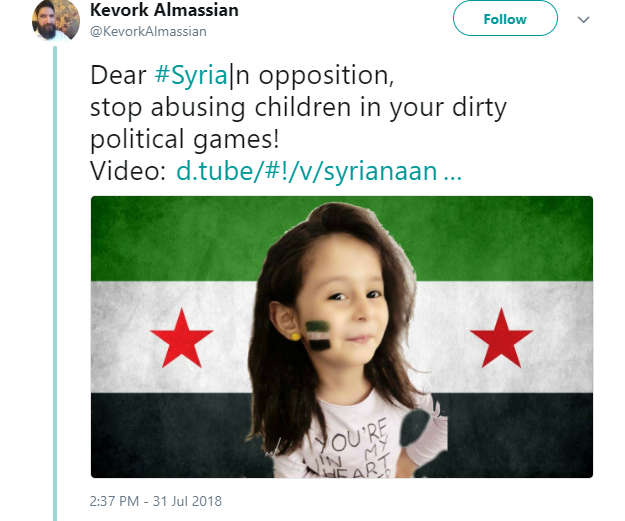 Who the fuck are you?

I’m a regular on here.

Anyone know the power output of Peresvet? Or what a regiment would consist of? 6? 8?