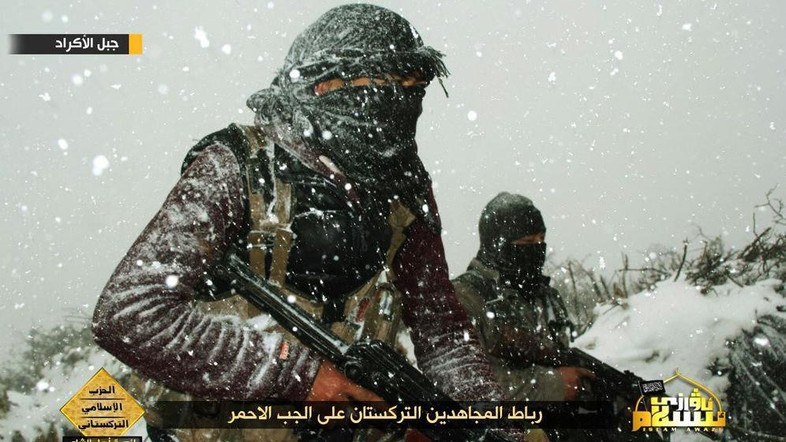 Up to 5,000 ethnic Uighurs from China’s Xinjiang Uyghur Autonomous Region are now fighting in various militant groups in Syria, the Syrian ambassador to China said on Monday, according to Reuters.

“Our estimated numbers, because of the numbers we fight against, we kill, we capture, we wound, would be around 4-5,000 Xinjiang jihadists,” Reuters quoted Imad Moustapha as saying. “China as well as every other country should be extremely concerned.”

According to Moustapha, some of the Uighurs were operating in Syria sa a part of ISIS. However, their majority was fighting “under their own banner” to promote their separatist cause.

China is not interested in Syria at all, they did nothing to help so far. They don’t even care about these terrorist groups.

A good opportunity to exterminate them. China should send in troops to fight along the Syrian army.

Who and where in Syria are the Uighurs attacking???

They are fighting under the command of the Turkistan Islamic Party, a Uyghur nationalist group advocating for the liberation of East Turkistan (Uyghur region ). They fight alongside the FSA (Free Syrian Army) Jabhat Fateh al Sham (Liberation front of Syria) and other Syrian islamist groups. They are supplied and armed by the supporters of the ‘moderate rebels’ and they fight mostly against the Syrian regime, and sometimes they have engaged in battles against ISIS and the Kurdish groups.

Well whoever supports them can expect to piss China off in a big way, so I hope that is never my taxes. I hope that inspires China to support Kurds.

These Uighurs have several choices: 1) be killed or captured in Syria, 2) try to return to China and face Chinese criminal justice, 3) escape the fighting for a lost cause and join the migrant invasion to Europe by discarding any form of identification and national origin. All bad options for these volunteer murderers.

@ogopogo120261:disqus Much of these Uyghurs didn’t volunteer, rather they were forced into Syria by certain intelligence agencies to use them as “mercenaries” in the ongoing Syria proxy war. Given the rise of Turkish nationalism and the deterioration of the situation in the Uyghur homeland, it is highly viable that these Uyghurs will be rerouted covertly into Central Asia to launch militant attacks in their homeland which could fuel the simmering tensions between the Uyghur nation and the Chinese state leading to a conflict much similar to what we are seeing in Syria or like that of Chechnya in the 1990s. However given western tensions with China in the South Pacific, it is highly viable that the West including the United States and her allies will openly support the Uyghurs so long as it plays into their interests in the long-run. In other words, these Uyghurs were brought into Syria by certain intelligence agencies (if you do some indepth research you will find out which ones it is) for a reason 1. As mercenaries to fight against the Syrian regime, 2. Serves as a training base and gives combat experience to the Uyghurs preparing them for their future battle with China.