Between 17 and 50 people have been killed during thousands-strong protests against Joseph Kabila, the President of the Democratic Republic of Congo, in the country’s capital on Monday. 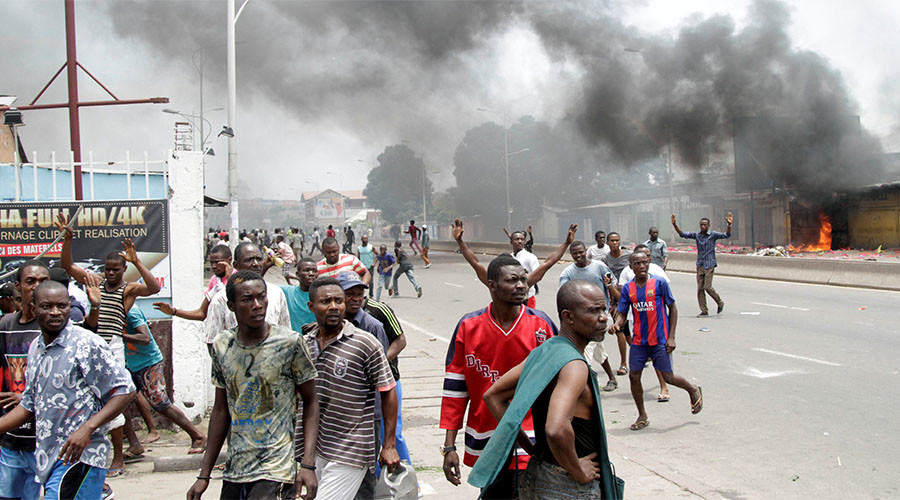 Thousands-strong protests against Joseph Kabila, the President of the Democratic Republic of Congo, claimed lives of between 17 and 50 people in Kinshasa, the country’s capital, on Monday.

Thousands of protesters took part in the demonstration against Kabila, but clashes with the security forces and police have started shortly after the protest was begun. The police have been accused of using tear gas to disperse demonstrators, before opening fire with live ammunition, by non-governmental organizations and the opposition. As the situation escalated, protestors burned cars and set up barricades in the streets.

According to the Reuters news agency, police officers also became victims to the violence – an angry mob set on fire one of them in retaliation for the shooting. Interior Minister of the country, Evariste Boshab, confirmed information about the attack later.

As the AFP news agency reported, citing an opposition statement, that the clashes claimed lives of at least 50 people. Reportedly, the opposition continues to call for further protests. 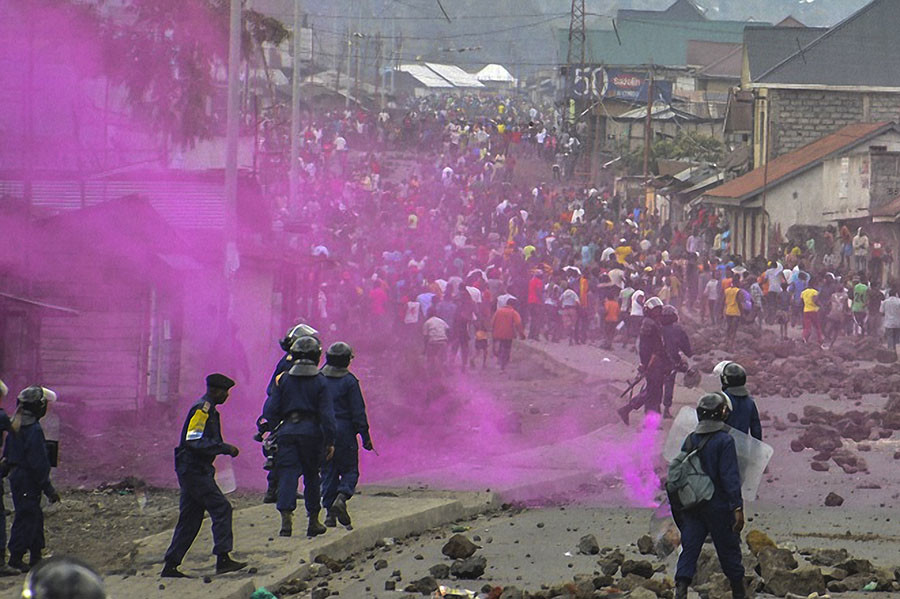 Police of the Democratic Republic of Congo launch flares during a demonstration in Goma on September 19, 2016 (Photo: AFP / Mustafa Mulopwe)

According to a witness, who spoke to IBTimes UK on condition of anonymity, the police specifically targeted opposition figures.

“Dozens wounded, including prominent opposition leader [Martin] Fayulu,” the witness said. “It is clear that he was targeted, a bullet only just scraped his head. Only a few millimeters and it would have hit his skull. The worst was avoided.”

The eastern city of Goma also was engulfed in protests, but violence was avoided there. The government has declared the demonstrations illegal due to the violence in Kinshasa. 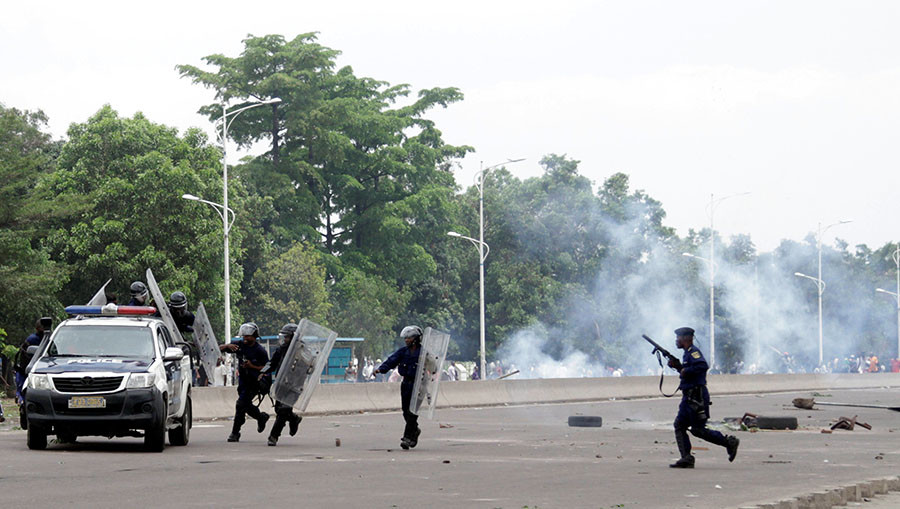 Congolese policemen run to their vehicle during a clash with opposition activists participating in a march to press President Joseph Kabila to step down in the Democratic Republic of Congo’s capital Kinshasa, September 19, 2016 (Photo: Reuters / Kenny Katombe)

A reason of the protests has become a postponement of elections, which should take place in November. According to the government, the delay is explained by logistical problems with the electoral roll that would make a fair process impossible. Activists and opposition parties believe that the president just tries to maintain his hold on power in this way.

On Friday, about a dozen activists were arrested and held without charge in Kinshasa in an attempt of the government to suppress opposition supporters in the run-up to the protests. The Human Rights Watch non-governmental organization condemned these actions of the government.

Joseph Kabila took over as president in 2001, after his father was killed. He is supposed to leave the post in December, when his second term will end. However, there has never been a peaceful political transition in the Democratic Republic of Congo, rich in natural resources, since independence from Belgium in 1960. A series of civil wars has engulfed the state, the bloodiest of which lasted from 1996 to 2003 and claimed lives of millions of people.

As everyone knows “Congo” is really different nations that was forces “on a map” to be one huge imperial country. It will naturally form into it’s own 5 or so healthy states. 4 or 5 countries will emerge stronger, then this one bulk which puts down surrounding tribes. Many countries are like this in the super continent of Africa. Many were forced by multiculturalist from Europe and Africa into being huge countries that were unnatural, and unethical to the different races who inhabit different parts of Africa. Also GENOCIDE ALERT: The Pygmy people of the Congo are not considered to be human by most Congolese, and they are hunted like animals and eaten. It is not considered cannibalism by Congolese, because they are not considered humans by most Blacks. This upsets me, because the Pygmy people most certainly are humans, and deserve their own lands and their own protected nation! https://uploads.disquscdn.com/images/c902718514dbbae4e4cf02865a5817bab095a443650c4db92377f67186d4750a.jpg