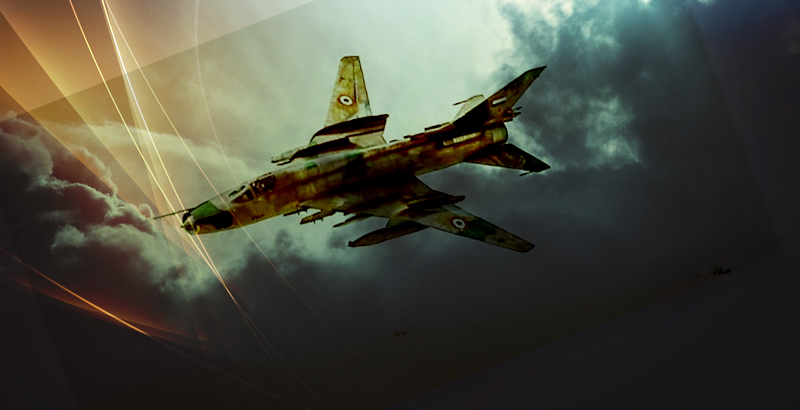 In total, up to 25 members of terrorist groups and 10 vehicles equiped with machine guns have been destroyed in the recent air strikes in the area of Aleppo city.

Inside Aleppo, air strikes were reported in the areas of Awijah, al-Barij, Hanano and Anzarat, Eastern of Aleppo, Syrian warplanes destroyed up 13 vehicles equipped with heavy machine-guns and killed and wounded tens of militants.

Meanwhile, pro-government soruces report that the Syrian army’s artillery targeted and destroyed 6 ISIS vehicles near the village of Rasm al-Harmal village, located to the east of the Kuweires airbase in eastern Aleppo.