In the afternoon of January 9, Russian forces withdrew from their observation post in the town of Abu Dali in the government-held part of the northern Hama countryside, according to Nedaa Syrian. The news outlet’s report said that the forces withdrew to the nearby town of Tulaysiyah.

Two days ago, Russian forces began working to establish a new military base in the Salba hill south of the town of Hayalin in the northwestern Hama countryside. Local sources said that the forces deployed several military and engineering vehicles in the town.

These unusual Russian movements led to a state of panic among Syrian opposition activists and leaders. Many figures accused Moscow of taking advantage of the ongoing attack of Hay’at Tahrir al-Sham (HTS) [the former branch of al-Qaeda in Syria] on Turkish-backed militants and preparing to launch an attack on the governorate of Idlib.

“What’s happening in Idlib is the wish of the Russians, the Iranians and the head of the Syrian regime, Bashar al-Assad,” the Syrian news outlet Enab Baladi quoted Brigadier General Ahmed Berri, a commander of the Free Syrian Army (FSA), as saying

In the course of its ongoing attack, HTS imposed control of the majority of the opposition-held part of the western Aleppo countryside and the northwestern Hama countryside and in fact defeated the Turkish-backed Nour al-Din al-Zenki Movement and Ahrar al-Sham Movement.

The group is currently preparing to launch a new attack on the remaining Turkish-backed militants in the southern Idlib countryside. Opposition activists fear that if HTS captures that region, Russia will withdraw from the demilitarized zone agreement with Turkey and attack terrorists in Idlib.

As reward for his good guessing he will receive a Russian hand grenade up his ass.
He should better shut up and prepare Syrian flag and Assad’s photo and put them in right place when liberators of Idlib arrive.

More refugees for the EU/UK.

This time all of them are US and NATO trained ‘freedom fighters’ who will free the EU from the shackles of its phony Democracy :)

I’m reminded of the man who blew up the Ariana Grande concert; he had been sent from UK with his parents (known Islamist extremists with passports siezed) by UK MI to Libya to overthrow Ghadafi. Then he was welcomed back in UK. Playing with fire!

Typical retarded sneaky behaviour of the ruling class amongst US vassal states. Like camels through an eyes of needles,honourable intelligent people are highly unlikely in such comprador circles.

Blowback is never expected by Libtarded politicians but it always occurs. :)

You are right but it would be so nice to accomodate them in various Clinton’s modest mansions. Together they could share and celebrate all those shiny values and all.

Nope, the EU has closed its borders, these headchopping fuckwit cowards will now wreak havoc in Turkey and other regional nations. I am sure their Zionist and Americunt masters have other plans like in Ukraine and other trouble spots.

Only Spain is allowing some boat people from Africa. Every other European nation, including bankrupt Greece and Balkan mini states have borders closed. Hungary regularly tortures and abuses migrants. However, the headchoppers mostly are EU citizens and it will be interesting how their masters handle them.

check again you are not correct. Greece has not close her borders and where is turkish and albanian control they recruit who ever is coming in as part of their new armies in the balkan area.

Thats mainly lies. Most comming from You also are normal people. Unfortunatly Balkans do have big vcriminel traditions – But most there as well as incommers are not as You descriebe at all.

Who funds it all?

Something Strange Is Taking Place In The Mediterranean… https://www.zerohedge.com/news/2016-12-04/something-strange-taking-place-mediterranean

Which part do You read “who funds it all”.
.

Who funds it all, posted by me, was a question.

The archived article, applies today, as much as 2 years ago. Have those NGOs been closed down? How much Government funding do they generate?

That correct. Spains are not allowing. They cant avoid.

1) Most ISIS are not from Europe at all
2) I think all has made changes in their laws jailing those ISIS for more years
3) We dont want the citicens back, which has no local passport. Keep them. They are Yours ever.

You are wrong. The Er DOG an just pushes them into Greece and whips up Islamist hatred for the Eu when doing it.

they should become Israelis “Guest”

to teach them Democracy and Diversity for Palestinians coming back home….

Israel Ashkenazis can enjoy the US

where they have already Politicians Stock in Congress and Hollywood…

Or back to their Kahzar roots in Central Asia !

Westbank is Syria too. If You want peace with Netayahu, You can take those as new spendable sheep for Assads and get Golan back.

Wonder if they will take the M6 route, to social benefits?

I would prefer they took the M25 route and kept going round it AM :)

LOL, especially in rush hour, with all junctions closed. Why does ‘Magic Roundabout’ come to mind?

It gives jobs and funding for liberals. Its their profit models or “interests” to say it more politely.

A leader of one branch of turcoalphabets who had a falling out with another branch. Yawn…please Putin and Assad , rain hot lead on them all.

Hah. Putin didn’t intervene in Donbass and let Poroshenko slaughter civilians 5 years. And they were HIS OWN people (Russian), not strangers.
How can you dare predict that Russia will attack IDLIB against Erdogan’s will ?
The consequences for Russia would be severe (SouthStream gas pipeline contract, access from Black Sea to Mediterraenan, S400 contract….)

Telemetrie (the fact that you change your nick constantly tells a lot), I understand that anti Putin agenda is your bread and butter, but do you seriously hope that someone on SF will buy that crap that you post? Just curious.

As I’ve said countless times before, push the dogs towards Turkey, don’t kill them off. Let Turkey fight it out against its own proxy terrorists. You save both resources and we get to enjoy watching the brainwashed low IQ Turkified Greeks fighting it out against their Salafi dogs they intended to use for conquering the region.

Excellent plan. I have said so as well.

This Berri dude has two choices, get blown to smithereens in Idlib or run to exile in the West. Guess which option he’ll choose (i.e. meet your new, head-chopping neighbor).

AM Hants
Reply to  J Roderet

Watch out for him on the borders: 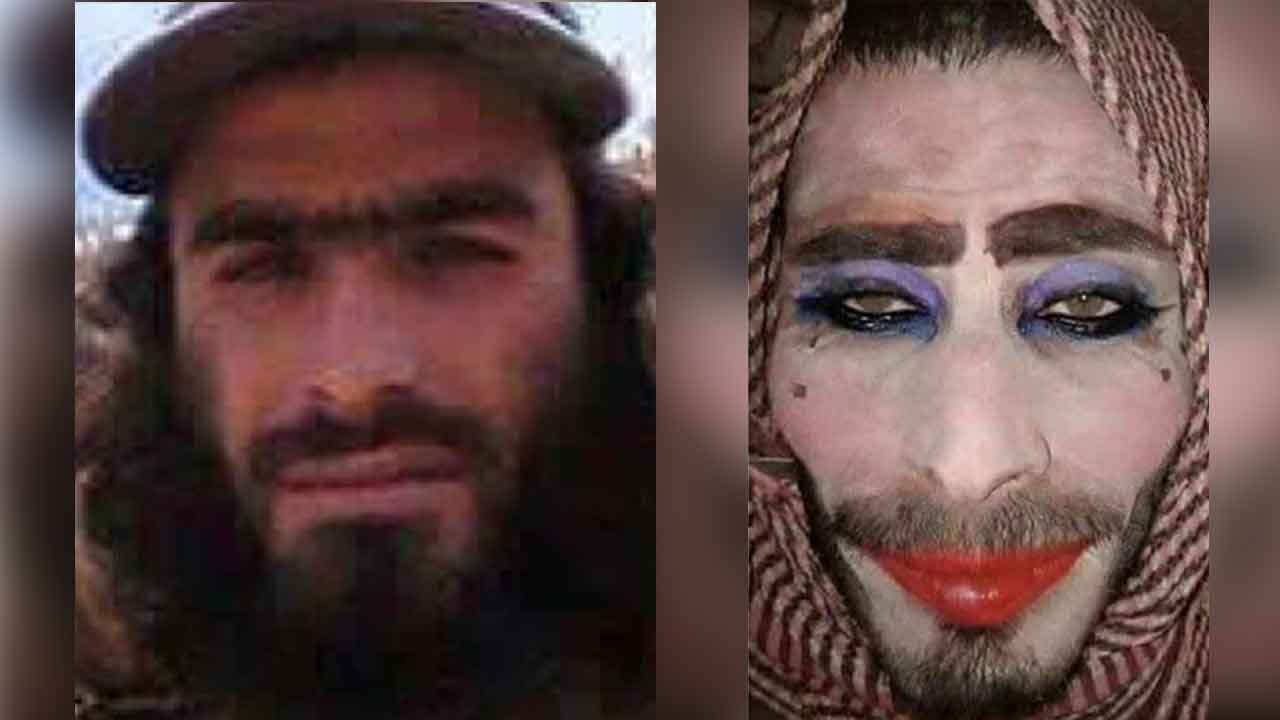 Europe and Trudeau will be happy to see them. They have been useful and can be used elsewhere.

Clint Eastwood at the left. The other guy is family of Yours from some chock unit ?

Reverse blame/mirror transposition. Does that mean you recognise your twin?

Let’s hope Russia whacks these fuckwit scum terrorists, so far Russia’s “partners” have only killed Russians without any fear of retaliation.

It looks like the Turks are getting their proxies out of Idlib so that clearing operations can resume and they’l have nothing to object to if they do.

Who is paying these non Turk proxy terrorists taking over Idlib? NATO is sanctioning Rusia, Iran and Syria for fighting terrorists because the Syrian government coallition won’t let the NATO, GCC, Jew funded and managed terrorists carry out the regime change that the Jews want. The hypocrisy is blatant.

If You still dont know, then You never will. Do something else, if it frustrates You.

My guess is that the Turks are trying to engineer a soft landing for their proxy terrorists. While the terrorists that they didn’t support who would be used against Turkey as part of the Yinon plan will be cleared by the Syrian government coalition.

Turkey supported them all. It is only now that some no longer listen to the the Renegade Christian -spawned Erdogan.

Idlib has clearly been set up as a terrorist kill box of the type that the Syrian government coalition has used many times before. Those who the Turks don’t let into Afrin are going to be dealt with militarily on an as needed basis.

It’s getting to the point where there’s nowhere elso to send them. The Kurds don’t want them. Maybe that’s why the Dier Ezzor pocket of Isis has been left uncleared, so that they can be sent there as one last place go before there are no others.

30,000 Salafist headchoppers were recruited by CIA, Mossad, Turkish and Wahhabi feudal states in European mosques and in North America and Australia. Perhaps, Russians, Iranians and SAA/Hezbollah have killed half, but still a lot of headchoppers with western passports still roaming around angry. The blowback to Europe will start in a couple of years after the Syrian situation runs its course.

I hope arrogant Erdogan and tomahawkTrump will have another meeting which is against Astana peace agreement.Erdogan is exposed by our Jesus the God but he still work around with big rusted knife with which he always stabbed Putin.Rowani,Assad and Trump never give him their backs out of fear for that dirty knife.

So needed. Good luck Russia. I wonder if the US will hand over their illegal bases to Russia, as a leaving gift. Ha-ha, would be worth it to witness the hysteria, from the White Helmet fund holders.