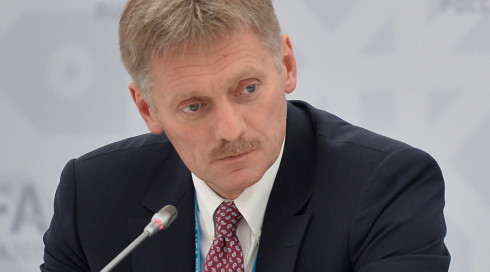 Dmitry Peskov, spokesman of the Kremlin, expressed Moscow’s regret to the failure of the UNSC to the draft resolution presented by Russia in regards to Turkey’s violation to Syria’s sovereignty by continuously shelling its territory.

On Saturday, the Kremlin’s official informed that, by means of a closed-doors vote, six members of the United Nations Security Council, France, the UK and the US included, rejected Russian resolution that strongly condemns Turkey aggression over Syrian territory.

In a press conference called by Dmitry Peskov earlier today, he stated: “We can only express our regret over the fact that the draft was not supported. Nevertheless, Russia will continue its transparent, consistent and logical course on ensuring stability, fighting terrorism, and protecting the territorial integrity of the countries in the region”.

In response to Turkey’s continuous shelling in Syria’s northwestern city of Azaz, demanding the retreat of Kurdish self-defense forces in the area, Russia proposed the cited draft resolution in order to protect Syrian territory and sovereignty.

Both Russia and the United States have asked Turkey to cease the hostilities into Syrian territory, however, Moscow has been truly concerned about the possibility that a possible Turkish military incursion into Syria could take place soon.

According to information provided by the Russian Ministry of Defense, Ankara’s activities near the Syrian border depict serious concerns that intensive preparation for a military incursion into the Islamic nation might be taking place.

Earlier this month, media released information of Saudi Arabia’s plans to deploy ground troops in coordination with the Turkish army into Syrian territory.

The Kremlin expressed its concerns about the escalation of tensions in the region (Syrian-Turkish border) according to Peskov, who added that “In general, Russia deems it unacceptable that Turkish artillery conducts cross-border shelling of the Syrian territory”.

Tags:russia, the us, turkey, war