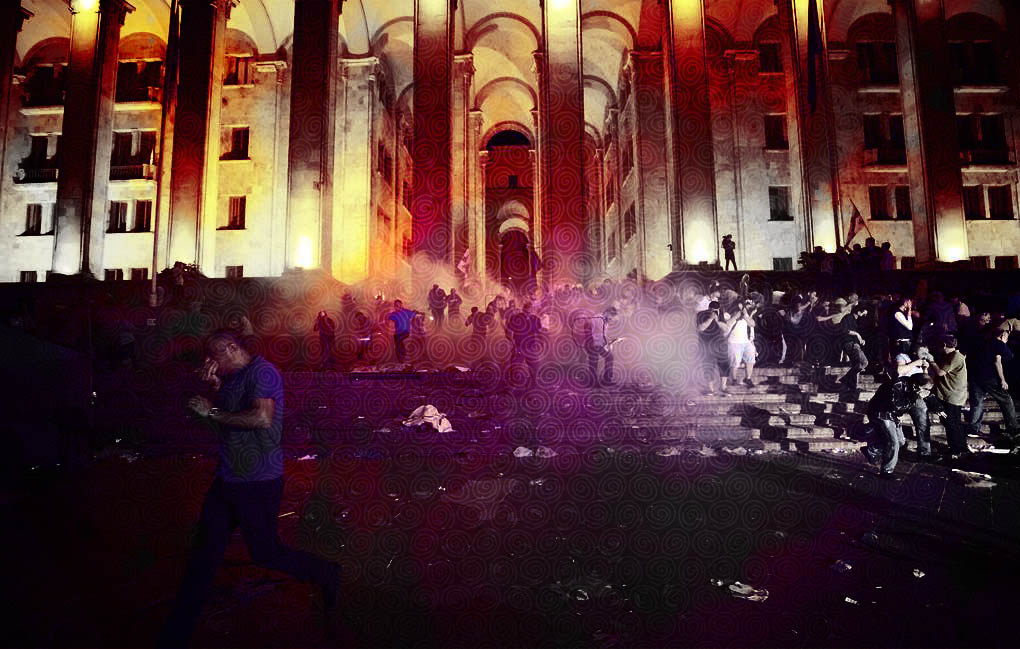 On June 20th, thousands took to the streets in protests in Tbilisi, Georgia’s capital.

The formal pretext for the protests was a visit by Russian lawmaker Sergei Gavrilov, who spoke at the speaker’s seat in Georgian parliament, while addressing an assembly of MPs from Orthodox Christian countries.

The Russian MP’s presence in fiercely Georgia’s Parliament was used by a hardcore pro-Western opposition to start protests. They were holding flags of the US, the EU and even Ukraine as well as posters with anti-Russian slogans. 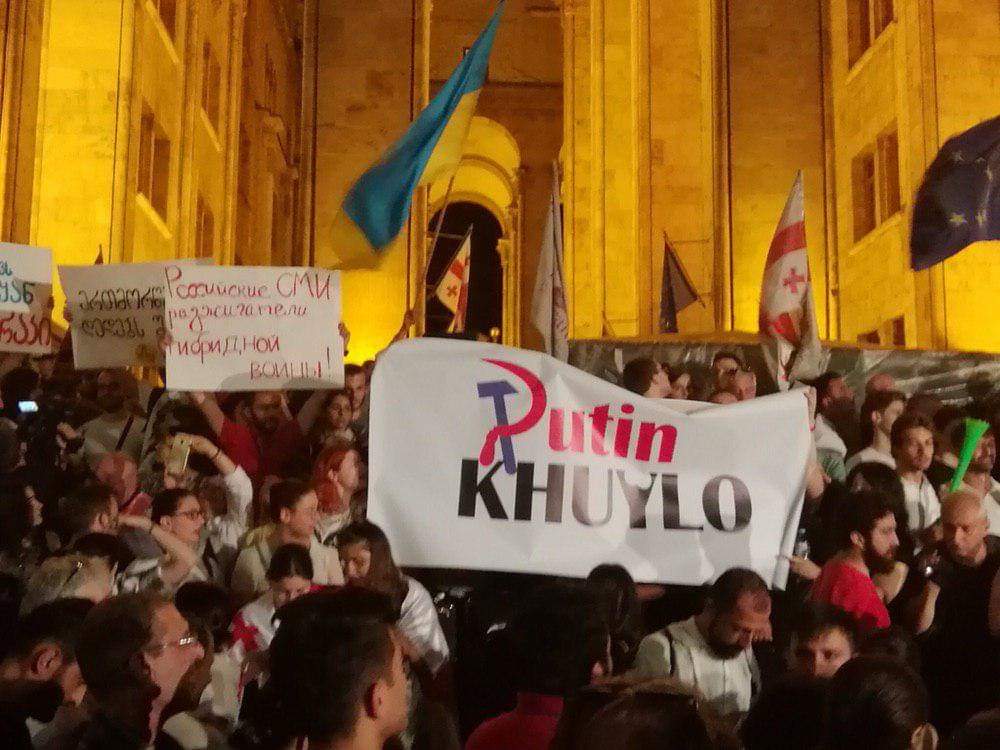 About 10,000 protesters reportedly gathered outside parliament. Some attending the rally tried to break through riot police cordons to enter the building’s courtyard.

More than 240 people were injured and half of them are still in the hospital, health official Zaza Bokhua said, 80 police officers were also injured.

According to reports police used rubber bullets and tear gas to stop the protesters from storming the National Assembly building and successfully carrying out a “mass coup.”

Georgian Prime Minister Mamuka Bakhtadze said the situation outside the parliament had been “provoked by opposition forces”.

Bakhtadze, a member of the ruling Georgian Dream Party, said in a statement the police “never used and is not going to use rubber bullets or gas against peaceful protesters.”

Of course, ‘completely unrelated’ to the protests in the evening, earlier in the day tens of thousands protested on the streets demanding speaker Irakli Kobakhidze step down, in addition to Minister of Internal Affairs Georgy Gakharia, both of whom are being blaimed for the incident.

“Georgian Dream has brought the Russian occupiers in and let them sit in the speaker’s chair,” Elene Khoshtaria, an opposition member of parliament, said. “That was a slap in the face to recent Georgian history.”

The rulling party and government also blamed Russia. Georgian President Salome Zurabishvili called Russia “an enemy and occupier” whose fifth column, she suggested, was behind the violent unrest.

“Russia is our enemy and occupier. The fifth column managed by it may perhaps be more dangerous today than open aggression. I would like to say again that the split of the country and society and internal confrontation do not work for anyone except Russia, and today it is her most experienced weapon,” Zurabishvili wrote on her Facebook page.

According to her, those who encourage internal confrontation in Georgia support “Russian policy.”

Let’s sum up the claims provided by Georgian politicians:

The protests launched under a pretext of opposing the visit of Russian MP Sergei Gavrilov, at the same time were organized by the Russians and were actually targeting a seizure of power, to change the course of the country towards improving relations between Georgia and Russia.

All of that despite protesters actually calling against Russia and against “oligarchy.”

The timeline was the following, in Gavrilov’s words:

Thus, if Russia did, in fact, organize a protest, it did a really poor job, since it appeared the protesters were trying to seize power and make the country even more Western-oriented. Or maybe throwing eggs, pouring water and threatening Russian MP’s was just an elaborate strategy, to conceal the real agenda, whatever the Georgian President might think it was.

The current Georgian governnment is far from being pro-Russian of any kind. However, it seems  that the recent developments have been starged in order to fuel anti-Russian tensions further or even change the one anti-Russian government to another one, the very anti-Russian government. The destabilization of Georgia will also impact negatively the situation in the Caucasus in general thus creating a new point of instability on the Russian border.

The previous event of this kind was observed in Armenia in 2018:

Fkin hilarious :)) Are the protesters blaming Russia for protests too?

Another clear evidence of Putins colour revolutions and regime operations in ME and multiple other places around the world. Very clever, silent and sneaky Intelligence Agencies these Russians have, but they cant fool an American!!

you mix your whiskey and dope together now?

As you can see your fellows can’t get even the lowest jokes, blind rage and tears for the dummies from now on.

The U.S keeps pushing for border wars, even after the soviet collapse.

Caucasus is a very specific region with people of extreme high pride. One cannot simply go there acting like a boss. Seems like Russia has forgotten hard learned lesson in Chechnya.