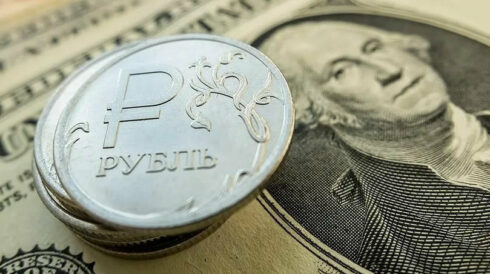 Against the backdrop of sanctions, the Russian ruble and the economy are strengthening against the U.S.

Despite the statements of the U.S. authorities about the need to achieve peace in Ukraine as soon as possible, U.S. business is interested in delaying the conflict as long as possible, because it promises them fabulous profits.

After the start of the Russian-Ukrainian conflict, share prices of major U.S. military-industrial companies rose dramatically. For example, the shares of Lockheed Martin rose by 28%, Northrop Grumman and General Dynamics also rose sharply. The military corporations, backed by Washington, hope to make super profits from production and sale of modern weapon systems to Ukraine as long as possible.

At the same time, many Western experts agree that the policy of the Biden administration is detrimental to the United States itself. Rebecca Koffler, president of Doctrine & Strategy Consulting, said on the air of the Fox News network that Biden’s policy on Russia and Ukraine has failed. The sanctions are not having the effect they were hoping for in Washington. The saturation of Ukraine with weapons and money only prolongs the conflict, but is not able to reverse the situation and bring victory to Kiev.

In addition, experts draw attention to the intensification of Russia’s cooperation with geopolitical opponents of the United States, such as China and Iran. Moscow’s interest in expanding international partnerships in the situation of economic pressure from Western countries creates prospects for new investment projects of Russia with its allies in the Asia-Pacific region and the Arabian Peninsula in energy, science-intensive production and other spheres.

Under current conditions, the best platform for the implementation of these initiatives is the Eastern Economic Forum. The concentration of business representatives wishing to occupy vacant niches in the Russian market is higher than ever.

This is big money for the mic. After the Afghanistan cash cow was over this was the mic’s dream come true

The war in Ukraine benefits the Rothschild Barking Cartel

An opinion without author? Wasnt it just made clear UK’s buffoon (Jonsohn) made peace talking inpossible in April … ?

I think it was April the first.

Have we taken pisky yet?

According to the frontpage of Southfront, yes, you did, uh, the courageous DPRans did.

Offcourse the US does not want the conflict to stop. Because the longer the conflict , the more Russians that will die because of NATO bombs. Americans hate Russians to the core. This is a 1 in a life time opportunity for them to murder as much as possible Russian soldiers. The problem is , why did Putin give the Americans this chance? Was it not a better option to just hold on to proxy war?

So you are talking about the British – owned corporation that is the US govt?

170,000 sq km of Ukrainian territory transferred by Zelenskyy to U.S. asset management companies like American Vanguard, Blackstone and BlackRock under lend-lease. This is the scale of theft from the Ukrainian peoples. This is what well over 100,000 Ukrainians have perished for under British MoD war planning oversight, 100.000’s have been maimed and millions displaced.

Why Are The U.S. And Other NATO Countries Spending Billions On Ukraine? Written by ORIENTAL REVIEW on 09/08/2022 https://orientalreview.org/2022/08/09/why-are-the-u-s-and-other-nato-countries-spending-billions-on-ukraine/

The profits from killing Ukrainian’s and Russian’s isn’t nearly enough, so corporate arms and bent politics of the west are planning another world war. It’s win win for them. They get to keep plundering the world for quick profits, at the risk of bombing humanity back into the stone age.

Spoiled children would rather destroy their own toys than let them be played with by someone else.

The US fear the multipolar world of freedom from oppression!!

Why would they want it to end big money to be made for doing little the us don’t care about the Ukrainian people which is obvious. The US has never been invaded and they haven’t fought a modern military American people have no idea what war is