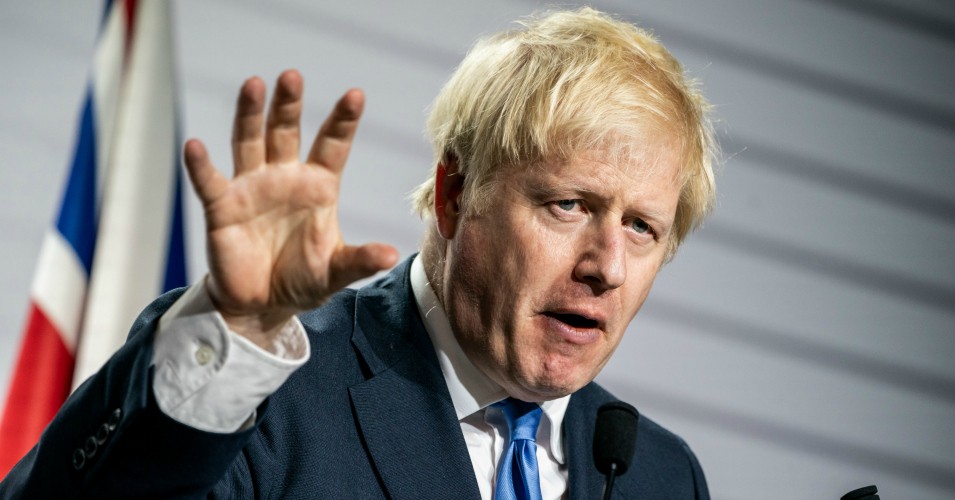 As is well known, on October 31 the UK should withdraw from the European Union, but before this date the government needs to decide on the format of the withdrawal. The likely “divorce” scenario provides for the conclusion of an international treaty that defines new rules for relations and resolves controversial issues in the area of trade, social security, and the border problem with Ireland.

At the moment, Brexit is the only opportunity for the UK to jump out of the European “melting pot”. In this “pot” a new European nation is formed with an admixture of “new blood”, the distinguishing characteristic of which is a completely different attitude towards work and professionalism. This emerging European identity is fundamentally different from the one that prevailed in the 1950s and 1960s, when European integration had just begun. Such trends will fail to provide EU citizens with either greater wealth or security.

The very future of the European Union remains vague: disputes are ongoing around the format of the new Europe. According to one possible scenario, the EU will continue to exist as a confederation of countries. The second scenario involves the transformation of the union into a federation, and supporters of the latter see a close union of states with an open economy and borders as a possible future. It is worth noting that the European bureaucrats have been openly showing that they represent the interests of TNCs and apologists for the neoliberal globalist world order.  That is why Britain currently does not have much time left to escape from this “melting pot”.

Within the United Kingdom, discussions between supporters and opponents of Brexit are still ongoing. The exit from the EU is supported by conservatives, Eurosceptics and isolationists, whose mood is expressed in the face of the current British Prime Minister Boris Johnson. He is the political figure who fully understands the situation, and his “do or die” slogan stands as proof of that. Brexit is opposed by various apologists for the neoliberal world order, liberals who support the Brussels European bureaucracy, the Labour Party, and the Greens. It is no secret that the interests of Brexit supporters are connected with the development of the national industry of Great Britain, at the same time, the views of opponents of Britain’s exit from the EU are based on the ideas of a large pan-European home.

In the current situation, the UK government faces two major challenges. The first is the border regime between Ireland and Northern Ireland. Currently there is a transparent border between the countries, and if Great Britain leaves the EU, nationalist sentiment will awaken in Ireland, the results of the Belfast Agreement will be undermined (this agreement underlies the termination of the terrorist organization IRA), and the negative attitude towards the British among the country’s population will intensify. The second problem is to stop the free movement of EU and UK citizens. This problem is real and contrived at the same time, since the issue of free movement will be quickly resolved, and in many respects thanks to US President Donald Trump, who will make every possible effort in negotiations with the EU. Nevertheless, opponents of Brexit are actively playing this card and have an impact on young people and immigrants, the latter are very negative about the British exit from the EU.

The possible exit of Britain from the European Union inflicts a severe blow on the Euroglobalists, with their visions of blurring borders and cheaper labor, as well as on the economies of France and Germany. As a result, trade barriers may appear, which will enforce a sort of limit on the industry of the industrialized countries of the European Union. In turn, trade barriers will push Britain to adopt protectionist laws, this will have a significant impact on business in the European countries.

Brexit is expected to lead to a decrease in GDP and a drop in the pound sterling, but it is also true that the presence of the UK in the EU greatly limits the growth and development of the UK as a separate economy. It shouldn’t be disregarded that the UK also contributes to strengthening the security of the European Union, an example of this is the cooperation of Great Britain and European countries at the level of special services. But along with this, Brussels limits the economic potential of Great Britain. Indeed, the UK may lose 1-3 years when leaving the EU, but in the long run, a “divorce” will bring economic growth and industrial development. In this regard, it is worth recalling the statement of the former British Prime Minister James Cameron, according to which the implementation of Brexit will lead to the fact that the state will become “little England, and not Great Britain”, however, it is the presence of Great Britain in the European “melting pot” that makes it “little England”. In addition, an economically strong United Kingdom will become a serious competitor to Germany and France on the one hand, and a reliable partner for the United States on the other.

Britain’s exit from the EU is also disadvantageous for Russia. The European Union has largely restrained the UK’s sanctions policy towards Russia, and in the case of Brexit, the UK will begin to pursue a tough anti-Russian policy, and the Russian elite and their capital will suffer in the first place.

Thus, the UK has this last chance to leave the European “melting pot” forever and subsequently to become an economically strong power.  At present, the population is being replaced in Great Britain: the descendants of the newcomers have reached the age when they can vote, which means that the results of the second vote on the country’s exit from the EU will be completely different. And Boris Johnson is well aware of this, so the suspension of work by parliaments has its own, other justifications.

Britain’s exit from the EU is also disadvantageous for Russia. The European Union has largely restrained the UK’s sanctions policy towards Russia, and in the case of Brexit, the UK will begin to pursue a tough anti-Russian policy, and the Russian elite and their capital will suffer in the first place.

What? In London there are mostly capitals of bribers and runaway oligarchs. Russians applaud loudly when UK blocked the accounts of russophobic idiots, who flew to the London because of different frauds, committed inside of Russia.

Within the United Kingdom, discussions between supporters and opponents of Brexit are still ongoing. The exit from the EU is supported by conservatives, Eurosceptics and isolationists, whose mood is expressed in the face of the current British Prime Minister Boris Johnson. He is the political figure who fully understands the situation, and his “do or die” slogan stands as proof of that.

If Boris Johnson is the guy you have to place your hopes on methinks you’re fucked. This guy will do whatever is good for Boris Johnson. Whether that is good for the UK as well remains to be seen. With Boris a little trust goes a long way, the less you use, the further you’ll go.

There will be no Brexit. UK is simply non sistainable without parasitizing on the rest of the Europe. There will be more of the same – talks, talks, talks and than more talks. Sheeple will keep enjoying their “democracy”.

If you were talking about Theresa May I’d agree, but not now. If Johnson doesn’t deliver Brexit on the 31st of October, it will literally destroy the Tory party completely beyond recovery, and Nigel Farage’s Brexit Party will sweep the board, no question. Even globalist Tories are not that suicidal, they want to keep some power base. But I agree your overall concept that no one was supposed to be allowed to leave! That is completely correct.

Let’s see how it unfolds.

Yes, wait and see, Johnson has just cocked up in a big way. Who knows, maybe it will never happen, certainly the elites don’t want it (and neither do they want people making any important decisions! EU is a big mess.).

The globalist scum will try every trick in the book to cancel Brexit, but what’s worse is all the hysterical hissy-fits from the liberals in London. They act as though the world is coming to an end because Britain is leaving their stupid globalist superstate. They need to grow up.