The Syrian National Defense Forces (NDF) have lost contact with one of their units in the eastern Aleppo countryside, the Syrian Observatory for Human Rights reported on November 20.

According to the London-based monitoring group, the unit, which consists of seven fighters, was moving from the town of Maskanah, near the administrative borders with Raqqa, to Dayr Hafir when it went missing. 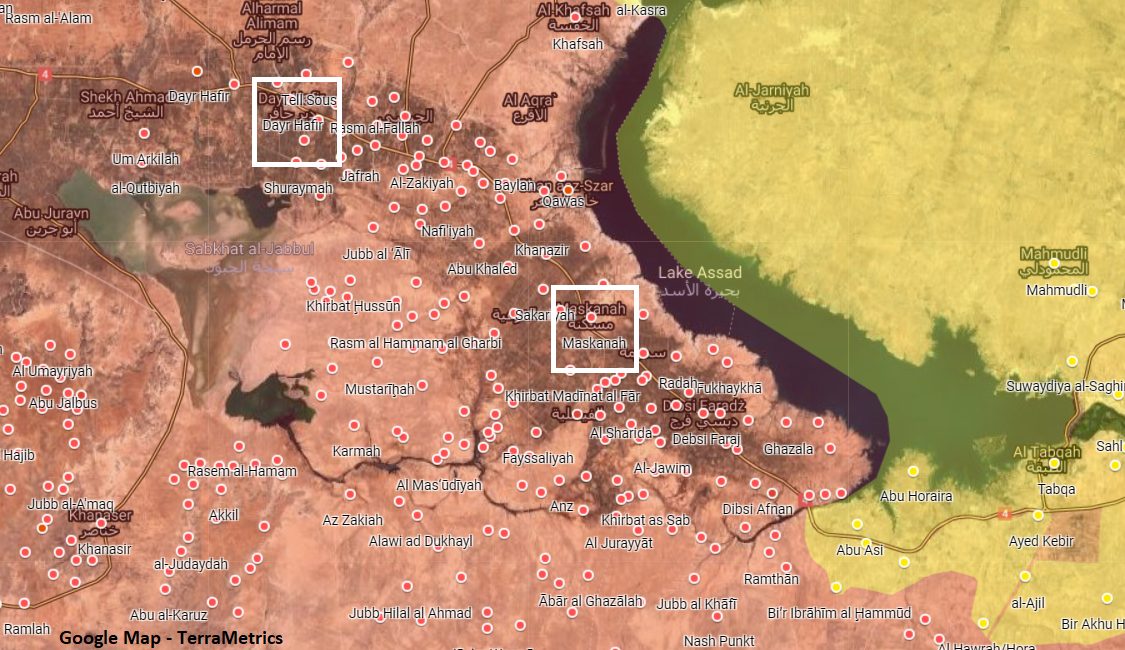 The NDF and the Syrian Arab Army placed their troops in eastern Aleppo on high alert after the incident. A number of warplanes were also sent to the region to search for the missing unit.

The NDF unit may have come under attack by ISIS cells, which are known to be active in Aleppo’s eastern countryside and the nearby southern Raqqa countryside.

In December of 2019, ISIS resumed its activists in southern Aleppo by attacking a checkpoint of government forces east of the town of Khanasir. Later on March 11, the group’s cells captured and executed seven Syrian soldiers in southeastern Aleppo.

Syrian government forces are yet to take any measure to improve security in the southern and eastern countryside of Aleppo. This may encourage ISIS to advance towards the region.

So its true SDF and US are transfering ISIL from Raqqa to SAA held areas Secretly. SAA has to keep this Raqqa Area in check with SDF. Specilally in Tabqa area . where SDF making ISIL cross the Euphrate River . Its time to take Tabqa under Russian adSAA control

I’m pretty sure the Dams been under SAA/Russian control for a year already, maybe even longer.

Of course it is. Check those Amerikastani convoys that try to force Russian vehicles off the road, the back seats will be full of ISIS.