Battles of the Syrian Arabic Army with insurgents of the “Islamic State” are now in most cases of a positional character, since the parties have in many respects exhausted their offensive potential. 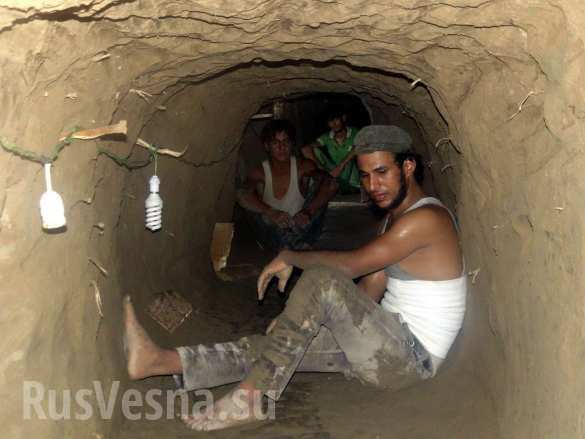 Originally appeared at Rusvesna, translated by Carpatho-Russian exclusively for SouthFront

In the conditions of dense city construction, governmental armies got stuck in narrow small streets. Here, the sandy soil of Syria allows terrorists to actively use tunnels dug by them, which can go on for tens of kilometers under the cities, so as to transfer  insurgents and even equipment, and carry out attacks on administrative and governmental buildings, and executing acts of terrorism.

There are exits to these underground communications in many houses. An actual  tunnel war was developed underground. Special detachments of governmental armies search out and kill the insurgents.

At the same time, according to reports of  Syrian mass media, terrorists have begun to use these tunnels to blast houses, hospitals, schools, and kindergartens. Demolition charges are laid under buildings, which are blown up when there are civilians in them, and then the Syrian army is accused of the death of women and children.

This same version is indirectly confirmed also by reports of Turkish mass media (Hurriyet Daily News) on interceptions of large batches of explosives on the border with Turkey (see photo).

As Russkaya Vesna reported, in Latakia where the air base of the Russian Federation is located, a car with a ton of explosives was detained.

There is no doubt that one must expect the next accusations of the death of civilians against the Syrian army and now also against Russian air-space forces, from the side of the insurgents as well as from the mass media and the various “human rights” organizations sitting somewhere at London echoing them . 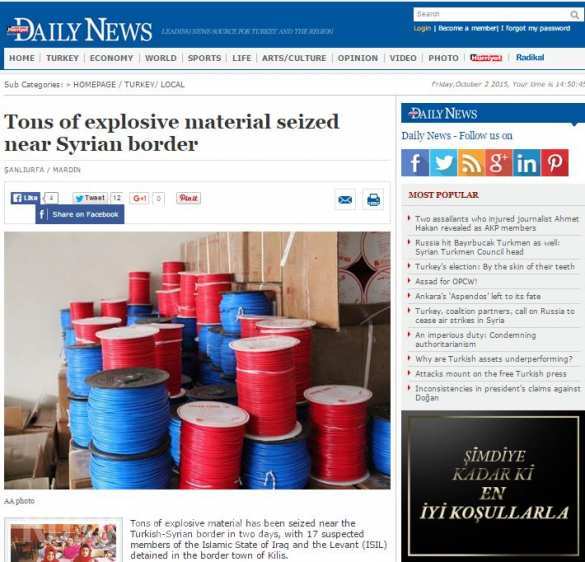