The Russian Federation interpreted that not as a prediction or warning, but as a direct threat.

The ceasefire agreement fell through. The U.S. essentially blocked it by NOT pushing its proxy forces in Syria to follow its provisions. It blamed, as usual, the Russian side which had followed the ceasefire nearly to the letter.

The Russian embassy in Damascus was shelled from the areas controlled by al-Nusra Front and Faylaq al-Rahman militants, the Russian Foreign Ministry said in a statement.”The Russian diplomatic mission came under mortar shelling on October 3. One of the mines exploded on the embassy area near its residential department. Fortunately, no one was wounded. The diplomatic mission sustained material damage. Another two mines went off next to the embassy.” The Ministry said the shelling was conducted from the Jobar municipality controlled by al-Nusra Front and Faylaq al-Rahman terrorists. “We view this shelling of the Russian embassy as a consequence of actions of those who, like the US and its allies, provoke the violent conflict in Syria, flirting with militants and extremists of different sorts.“

Russia has deployed a number of additional bombers to Syria. We do not yet know how many. But as soon as these are operational the “rebels” will face a significant larger amount of air attacks. A few weeks of intense attacks and their abilities, logistics and command and control will have been degrade to a point where they can no longer wage an organized fight.

Also deployed was a battery of S-300 air-defense systems. The specific type is said to be S-300VM, also known as Antey-2500. These are specially designed for defending against ballistic- and cruise missiles. The system will be stationed near Tartus harbor and will protect the Syrian east coast as well as the Russian fleet in the eastern Mediterranean. These also have good capabilities against attacking planes. A volley cruise missile attack by the U.S. against the Syrian and Russian airports and air forces in Syria, discussed in various U.S. papers as the start of a “no-fly zone” war, will be severely hampered by this.

Then there is this:

The final decision for this was, I believe, made after the U.S. attack on  Syrian army positions in Deir Ezzor which opened the besieged city to the Islamic State. That, and the current U.S. bombing of bridges in Deir Ezzor, will allow for an isolated area in which the Islamic State can survive. Russia can and will not condone that.

The U.S. wants, for lack of better ideas, play hardball with Russia. But it does not want to go to war. Russia will go along with the hardball game. It makes sure that the U.S. understands that it will indeed have to fight a full fledged war with Russia and its allies if it wants to get its way in Syria. Further arming its al-Qaeda proxy-Jihadis, as Washington is currently doing, will not change that.

Russia will not give in to U.S. demands without a very severe fight. It bets that Obama, the members of his administration and the generals in the Pentagon are, in the end, pampered cowards. It has, in my estimate, a very high chance to win that bet.

russia should stand by for the worse…please get ready to fire the nuke against US. this is a better way to make US understand

Nukes are not the answer. Russia can in by supporting the Greek Golden Dawn, and the French National Front, and Donald Trump, and all the organizations I show below as all are very friendly to Russians and Putin. 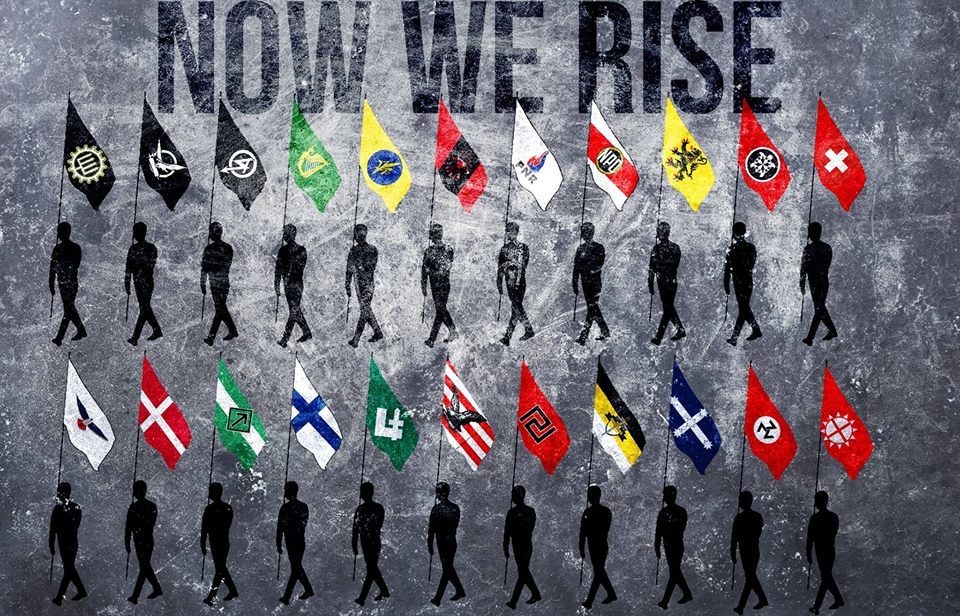 you are out of your gourd my friend. neo nazis are not the answer.

You do not have to fire nukes, you counter attack the areas US is using to launch their attacks. The entire Middle East is succeptible to Russian cruise missiles fired from a variety of locations. Whatever air bases US will use in the Middle East, can be attacked by the Russians.

The US won’t want to take losses. One of the reasons the Pentagon trots out war game outcomes with Iran is that Iran will fight asymmetrically as per their military doctrine and make it very costly in men and materials.

You never underestimate what your enemy can do. You rather prepare for the worst.

Wars never turn out the way they are planned and for the US this will be no different.

Hes right. 1st rule, never underestimate… that goes for both sides. Russians would be fools to think that the US is incapable of fighting them in syria and winning, and the US are fools for believing russia will back down.

Not quiet. Read this: Interfax “General Gerasimov stated that “Russia is certain there is no military
solution to the Syrian conflict and we are ready to work with U.S”. Great!