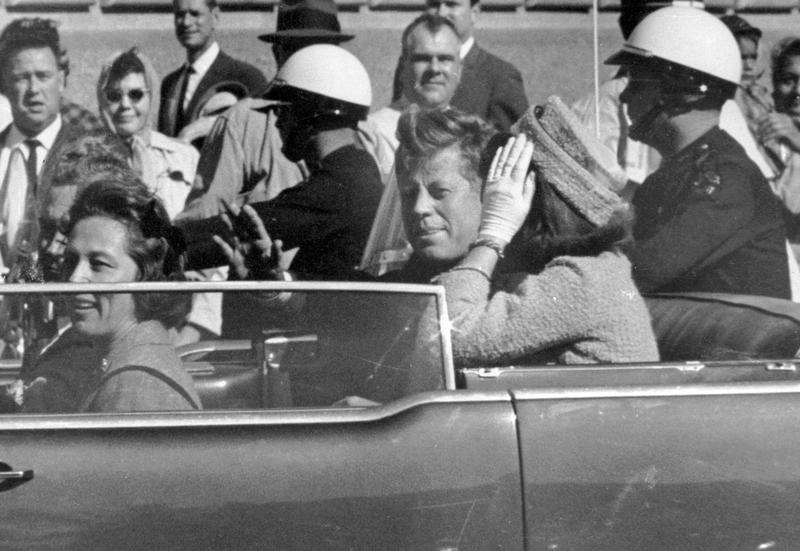 US President Donald Trump on October 26 ordered the unveiling of 2,800 documents related to the 1963 assassination of the 35th President of the US John F. Kennedy but yielded to pressure from the FBI and CIA to block the release of other records to be reviewed further, Reuters reported.

President Trump had previously confirmed on October 21 that he would allow for the release of the final batch of once-classified records, amounting to tens of thousands of pages, “subject to the receipt of further information,” but as the deadline neared, the administration decided to spread out the final release over the next 180 days while government agencies studied whether any documents should stay sealed or redacted.

Congress had ordered in 1992 that all remaining sealed files pertaining to the investigation into Kennedy’s death should be fully opened to the public through the National Archives in 25 years, by Oct. 26, 2017, except for those the president authorized for further withholding.

The US law allows the president to keep material under wraps if it is determined that harm to intelligence operations, national defense, law enforcement or the conduct of foreign relations would outweigh the public’s interest in full disclosure.

More than 2,800 uncensored documents were posted to the National Archives website on October 26 following the order, but approximately 18,000 remaining CIA records are to be released “on a rolling basis,” with “redactions in only the rarest of circumstances,” by the end of the review on April 26, 2018, the White House said in a statement.

CIA Director Mike Pompeo was a lead advocate in arguing to the White House for keeping some materials secret, one senior administration official said. Trump was resistant but “acceded to it with deep insistence that this stuff is going to be reviewed and released in the next six months,” according to the official.

While Kennedy was killed over half a century ago, the document file included material from investigations during the 1970s through the 1990s. Intelligence and law enforcement officials argued their release could thus put at risk some more recent “law enforcement equities” and other materials that still have relevance, the official said.

This isn’t the first time President Trump did not fulfill his promises, buckling under the circumstantial pressure. Repealing and replacing Obamacare did not come to fruition yet, and his decision not to re-certify the 2015 Iran Nuclear accord may be considered a symbolic move, as it will not withdraw the United States from the agreement immediately, but seeks to change it.

Bush family do not want all the files released as they were involved as was many prominient US families.

You can call me Al
Reply to  SUB-CIPHER

Soon to be added – Tillerson.

The kike Jews don’t want the truth to come out

If full unredacted release was done, Americans would likely learn of the CIA’s involvement in the JFK assassination. Must not let that happen, the CIA recommends that the really good factual documents incriminating the agency be kept secret until people respond with ‘JFK who’?