The UN Security Council has adopted a statement on the situation in Donbass, proposed by Ukraine, during a closed session. 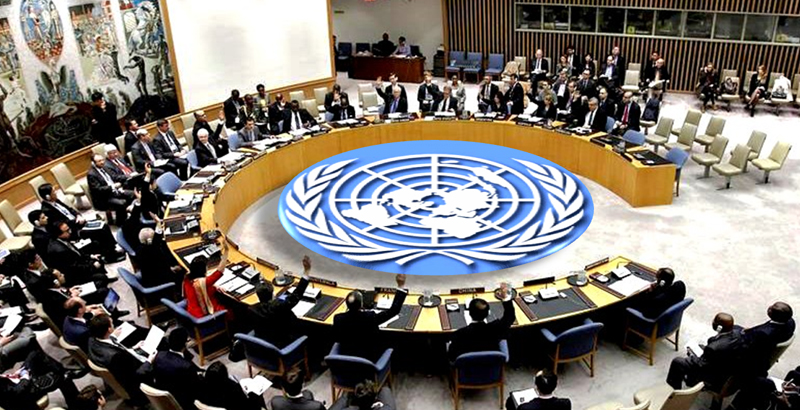 The UN Security Council has considered the situation in Donbass during a closed session. As a result, a statement, proposed by Ukraine, has been adopted. The document calls for immediate ceasefire.

The UN Security Council has expressed “grave concern” about “dangerous deterioration” of the situation in the east of Ukraine and called for an immediate return to a ceasefire regime. The statement, issued at the closed session of the UN Security Council, was posted on the official Twitter page of permanent representative of Ukraine to the UN Vladimir Elchenko.

“The members of the Security Council condemned the use of weapons, prohibited by the Minsk agreements, along the contact line in the Donetsk region that lead to deaths and injuries, including among civilians,” the statement reads.

In addition, the Security Council expressed its “full support of sovereignty and territorial integrity of Ukraine,” and stressed “the need for strict compliance” of the resolution, which approved a number of measures to implement the Minsk agreements.

“The members of the Security Council called for an immediate return to a ceasefire regime,” the document stresses.

#UNSC expressed grave concern about the dangerous deterioration of the situation in the eastern Ukraine. Read a press statement just adopted pic.twitter.com/D6YrQ41Vti

The draft of the statement was introduced to the UN Security Council by the representative of Ukraine. Earlier, Kiev requested an emergency session on the situation in Avdeevka, located in Donetsk region. The meeting was held behind closed doors.

Earlier, “deep concern” about deteriorating of the situation in the east of Ukraine was expressed the US Department of State. According to a statement of deputy spokesman for the US State Department Mark Toner, the fighting “cost” tens of victims “among Ukrainian military” and “tens among civilian population.” He called for immediate ceasefire and providing a complete unimpeded access for OSCE representatives.

Now, the situation looks like the US introduced the neutral resolution to the UN Security Council through Ukraine. And this resolution was adopted. It is almost a sensation on the background of activities and all recent statements of Kiev.

tramp and ponce get their zionist nazi war of Terror…….degenerate western backed terrorists….

“The members of the Security Council condemned the use of weapons, prohibited by the Minsk agreements, along the contact line in the Donetsk region that lead to deaths and injuries, including among civilians,” the statement reads…The Ukraine UNITED STATES VASSAL, attack Donetsk region, and when they get their ass kick, go to the U.N like little girls crying for cease fire, it’s time for the Donetsk and Donbass people to go all the way to Kiev and remove the U.S VASSAL.