UN Special Envoy for Syria, Staffan de Mistura, has called on Jabhat Fateh al-Sham terrorists to leave the Syrian city of Aleppo in order to allow civilians to get access to aid. 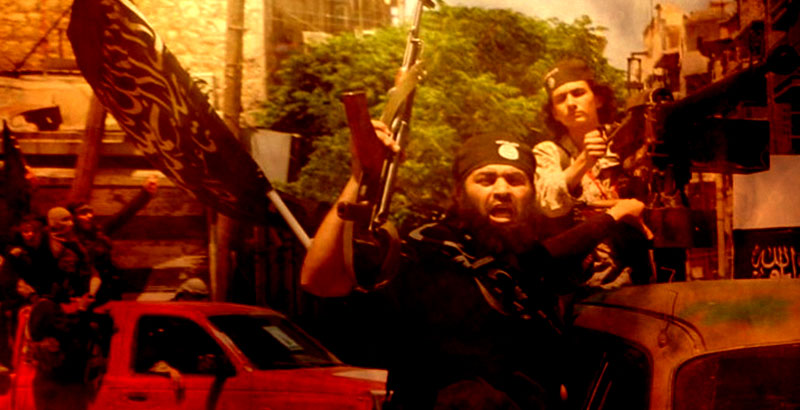 Members of the Jabhat Fateh al-Sham (previously known as the Al-Nusra Front or the Jabhat al-Nusra) terrorist group were called by UN Special Envoy for Syria, Staffan de Mistura, to leave the city of Aleppo and allow civilians to get access to aid.

As the UN Special Envoy said during a conference in Geneva, he would “personally” accompany terrorists, if they lay down their weapons “in dignity” and leave Aleppo. He also noted that about 275,000 people in the city are, in fact, being held “hostage” by Jabhat Fateh al-Sham terrorists. De Mistura pointed out that Aleppo is threatened total destruction.

“In maximum two months, [or] two and a half months the city of eastern Aleppo may be totally destroyed,” he said.

An al-Nusra convoy entering Aleppo.
Will al-Nusra let de Mistura lead them out of Aleppo, so Aleppo’s people can live in peace?#Syria pic.twitter.com/PiUNTVR7LR

Moscow expressed support for the offer of De Mistura for escort terrorists during their withdrawal from the city. “It’s high time,” the TASS news agency quoted the words of Special Representative of the Russian President for the Middle East and Africa, Mikhail Bogdanov, who said this, relating to the UN envoy’s proposal.

The UN Special Envoy for Syria made his offer in a day after the Syrian Armed Forces announced a decision to reduce its attacks on foreign-backed terrorists in Aleppo in order to ensure a safe passage for civilians, leaving the city.

However, the Jabhat Fateh al-Sham terrorist group has already refused the offer of De Mistura to leave Aleppo. 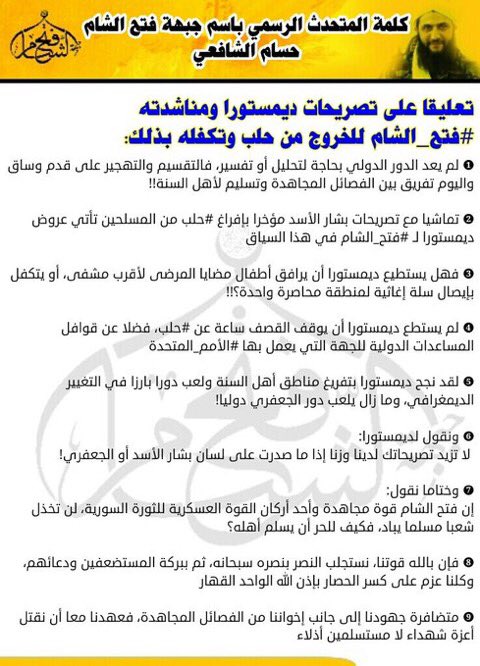 Cannibals do not wish to leave. Still enough human flesh to eat. Hopefully they will be killed soon.

Why leave? Pentagon is on their side.

“However, the Jabhat Fateh al-Sham terrorist group has already refused the offer of De Mistura to leave Aleppo.” — IF THAT DOESN’T CHANGE DE MISTURA’S MIND ABOUT THIS, THEN NOTHING WILL and he is a paid lapdog of the US, masquerading as an UN official.