The UN and the OPCW have accused the Syrian government of the third chemical attack in the country. According to the organizations’ report, the attack was launched in Idlib on March 16, 2015. 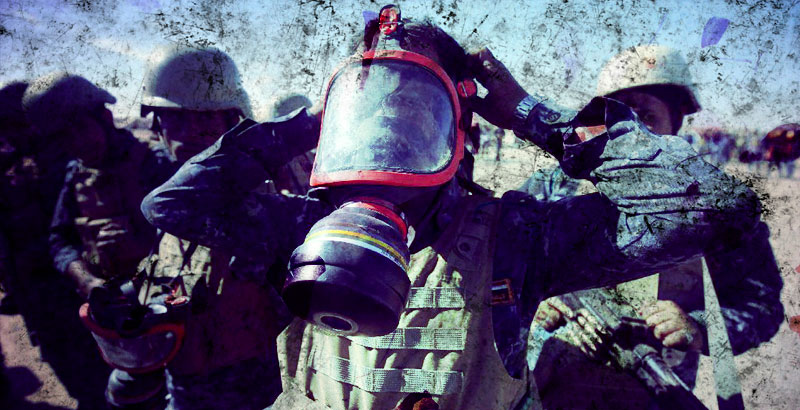 A joint mechanism of the UN and the OPCW (the Organization for the Prohibition of Chemical Weapons) on investigation of the use of chemical substances for military purposes in Syria has recognized that Damascus is responsible for another chemical attack on its own territory, the Reuters news agency reported, citing a report of the organization.

The UN and the OPCW concluded that the Syrian government used toxic gas in the province of Idlib on March 16, 2015.

Earlier, it was reported that the UN and the OPCW recognized that the Syrian government was responsible for two of the nine chemical attacks that were studied, while terrorists of the Islamic State (IS) group were blamed for another attack.

According to Russian Foreign Minister Sergei Lavrov, Moscow considers the report of the OPCW on the use of chemical weapons in Syria helpful and is ready to assist in the investigation. Russia’s Permanent Representative to the UN, Vitaly Churkin, noted that there are still many questions on the submitted report, and it is not enough for introduction of the UN Security Council’s sanctions against Damascus.

However, we can notice an ‘unexpected’ coincidence of dates of the report’s release and the truce failure in Aleppo through a fault of the so-called ‘moderate’ opposition.

We desperately need someone to hack the UN’s e-mails. I’d love to see how many countries are actually voting their conscience and how many are being bribed or coerced into voting the way they do.

There was a release of NSA material that proved that the US was spying on all the world leaders and using the information they gathered to put pressure on them to comply with US policy. I don’t imagine that has changed. That’s US policy not interests, Current US leaders do not operate in the nation’s interests but only those of a few elite, most of them suffering from one or another kind psychological imbalance.

You can not trust a word the UN speaks, it is being blackmailed against its charter…………….In early June 2016, the United Nations Secretary-General Ban Ki-Moon slammed the Saudi Arabia-led coalition fighting in Yemen for killing and maiming children by adding it to an annual blacklist of states and armed groups that violate children’s rights during conflict.

Less than a week later, on 6 June, the UN outrageously announced that it had removed the coalition from the blacklist. Ban Ki-Moon had been blackmailed into removing the Coalition from the UN blacklist. Saudi Arabia, among other nations, had threatened to cut hundreds of millions of dollars in “humanitarian funds” if it was not taken off the list. In this action we learn that Saudi Arabia and its Western backers have scant regard for much needed humanitarian aide to be provided to victims world wide, what matters is their geo political chess game above all else.

Ban told reporters in a prepared statement that unnamed countries had threatened to cut off financial support for vital U.N. programs if Saudi Arabia and its allies were not removed from the list. And in this statement we learn that the UN as an organisation is open to bribery and corruption to the point it can no longer uphold its charter. The UN is no longer an indeprndant humanitarian organisation, its now there to sell its good name to the highest bidder.

ABOLISH THE UNITED NATIONS! IT HAS BECOME A MOUTHPIECE US WAR POLICY!