ISIS has long been out of international media headlines, but sprawling refugee camps full of what are said to be Islamic State families and sympathizers remain in eastern Syria.

Days ago the United Nations issued an alarming report detailing that the some 70,000 mostly women, children, and elderly connected to ISIS at the al-Hol and Roj camps remain in “very dire conditions”. The UN counterterrorism chief Vladimir Voronkov announced late last week that 700 people “recently” died in the two camps, according to information his office had received.

Al-Hol and Roj are essentially massive open-air prison camps in the desert, administered by Syrian Kurdish forces backed by the United States.

Voronkov underscored that driving the high fatality rate are “lack of medicine, lack of food” – and though there have been recent reports that coronavirus may be in the camps, it’s unclear the extent to which COVID-19 is a factor.

A UN team was reported to have entered the largest of the two camps, al-Hol, earlier this month. The populations there are in a legal limbo of sorts, and their fate uncertain.

From a counterterrorism point of view, the UN office warned the camps post a “huge problem” as they remain “very dangerous” for the prospect of a renewed Islamic State terror campaign.

Voronkov warned: “they could create very explosive materials that could be very helpful for terrorists to restart their activities” in Syria and Iraq.

In the past weeks hundreds of ISIS sympathizers in the camps were reported to have escaped.

Only 700? Have they tried poisoning their water?

All UN’s water are filled with plastic and a green solution. Didnt you know that? 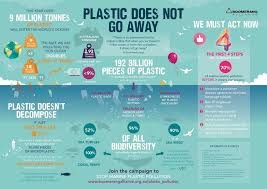 I agree…Some pig shit would do much better.

Pigs dont do that. Humans do and some a lot more then others.

I think all know and that includes climate changes all over.

Almost only EU has good plans for real against it, but several countries, companies and people here deny almost any change.

A very good example is for Denmark. Private households here are in front in EU – BUT – only 20% is recycled. The rest still go back to Our powerplant system. Oil burns well and it makes electricity and heat.

Things cant be reduced to using less plastic bags and pay a dollar for each.

It’s easy to turn plastic into a diesel and gasoline fraction with some simple homemade equipment. Same process as making moonshine, just more heat. Before you know it, poof! All plastic gone!
Look on the internet under ‘plastic into diesel’.

Like that. Liberals will freak when they hear it.

How cute to see UN and WHO concerned about ISIS refugees who have been exposed to Clima Changes and now displaed in green ecology camps managed by Kurdish women in power backed by USAID.

Thats the job decided by the whole world or most of it. We can let them free and give them nothing instead. Do You pefare that?

As we see it, there are no solutions apart from better fences and landmines. I have none.

This is a garden of evil, as soon as one batch get smoked out outside the camp, the new fruit inside the camp should be ready to be picked. Keep them angry and wanting to kill the authorities and there should be no problem in finding people to go after the enemy of choice.

I see, these are the same kind of camps US Coalition is holding Syrian citizens in their own country. Syrians returning to Syria to begin rebuilding their country from countries like Lebanon. Interesting, UN hasn’t mentioned these internment camps. Russia did. Now UN is concerned with these camps that hold ISIS associates ? Run by SDF, backed by US Government. Camps holding Syrian citizens were run by ISIS, backed by US Government. Russian forces were met by US military upon arrival at these camps. US military refused to release the people being held in their own country against their will. Stating concern for their safety if released while systematically starving them to death. Many eventually broke out of the camp, if all made it out I don’t know.

So one in every hundred died, 1% of both camps total prison population, they won’t last long at that rate will they.

I have some acquaintances who admit to hating all Muslims and I cant hold with that and that is why they are not friends but (apart from children) I don’t care if ISIS or Hayat Tahrir al-Sham relatives, supporters and friends all die tomorrow.
There can scarcely be any human beings that least deserve to be fed, comforted or helped not to die on the planet. They are nicely rounded up in Idlib. Efficient carpet Bombing or Napalm seems like most humane ways to eradicate them forever.