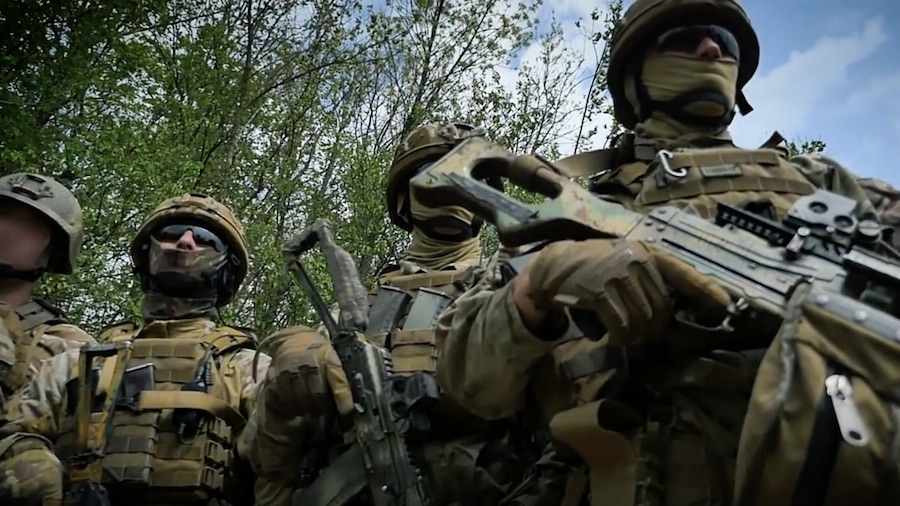 Ukrainian special services have kidnapped Vladimir Tsemakh, the former chief of the Air Defense of the Slavic Brigade, from the village of Snejnoe in the Donetsk People’s Republic.

According to reprots, Ukrainian special services captured Tsemakh on June 27 and then moved him to the Ukrainian capital, Kiev, on June 28. On June 29, Shevchenkovsky district court of Kiev arrested Tesemakh for two months.

There are little details regarding the operation itself and how Ukrainian special services moved the person thourgh the contact line between the Ukrianian Army and DPR forces.

Ukrainian and pro-Ukrainian media outlets immidiately started speculating that the operation may be linked to the MH17 tragedy because the Slavic Brigade was deployed near the incident site, in Snejnoe. Nonetheless, this version ignores the fact that, according to DPR sources, Tsemah became the chief of the brigade’s air defense in October 2014. The MH17 tragedy happened in July 2014. 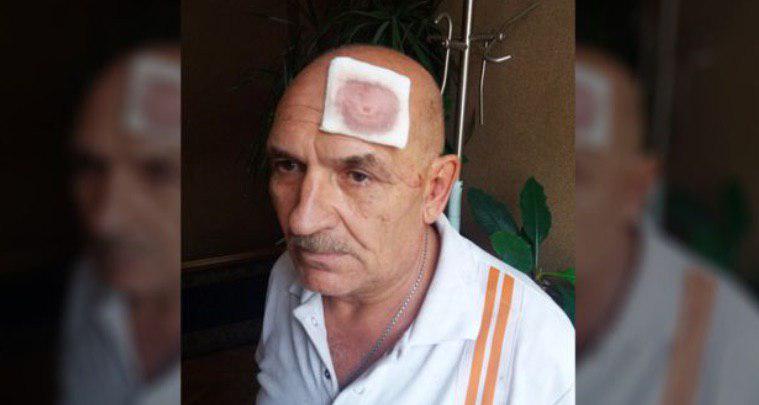 The case of Tsemah is another demonstration of the existing security issues within areas controlled by the Donetsk and Luganks People’s Republics. Ukrainian special services freely operate within these areas, carry out terrorist attacks, kidnappings and assasinate DPR commanders. Local sources name the high level of corruption within DPR and LPR structures as one of the main reasons of the existing security gaps. Another factor is the low motivation of DPR and LPR personnel, especially in comparison with the period of 2014-2015. Then popular and inspiring idea of “Russian World” was intentionally abandoned.

At the same time, there are no indications that DPR and LPR special services have a similar freedom of operations in the area controlled by the Ukrainian Army. As to Russia, it seems to be unable or unwilling to react symmetrically to agressive actions of the Ukrainian side in the DPR and LPR.

In any case, it will be seen as a forced confession so if he does say anything so it won’t carry any weight. The Nazi’s wasted their time and effort, hopefully it will backfire even worse when Russia put’s pressure on the EU to condemn Ukraine’s actions.

All invaders in Donbass shall be caught or killed ,get out of Ukraine putin and pals .

invaders???? lol u truly are sick Folks…… just like in iraq….INURGENTS …or in Afghanistan TERRORISTS

People in donbas have lived there for ever moron…..iraqis in iraq moron and paschtuns in Afghanistan moron….

Yes invaders just like the green ones that stole crimea , ring any bells in that hollow cranium of yours .

Sympathy with the Devil
Reply to  Toronto Tonto

Sure, US should go home from Guantanamo, Syria, Afganistan, Iraq,etc

stinking ukrainian yew, Krim was stolen by yew Chruscov and was taken back. As the whole territory of Okraina is a Russian land, whole of Okraina will be going back to Russia, minus stinking yews. You see yew, you already left okraina, stay, where you are and do not move back, stinking yew.

AM Hants
Reply to  Pia

Bravo, you really deserve that kilogram of bananas you’re fighting to earn with such level of stupidity.

Invaders who invaded 100’s of years ago; how long ago did your people invade Canada?

Invaded what? The constitutional state of Ukraine? But it de jure stopped existing when Maidan tore up the constitution by taking power not through democratic elections, but through revolution. There was no constitutional Ukraine after Maidan, there isn’t now. De facto yes, de jure it is a lie.

All regions had the right to secede after the revolution, same as Texas could legally vote for independence if New Yorkers stormed the white house and declared themselves the new government.

Retaking what was my forefathers’ and was stolen by others or traitors is not stealing. It is my duty and totally lawful.

Begone Ukro/zio Nazi fool or creature of the latter!

Stole Crimea ? They gave the west and the Ukrostan middle finger and left and are very happy about it, you little bandera filth.

Or trying to arrest more journalists like USA and UK are doing, doens’t Canada want to play in that league? :D

I think that we should first look for the beam in our own eye. Here’s small list with journalists assassinated in Russia:

The Committee to Protect Journalists is an American propaganda outlet. They are very quiet when it comes to Julian Assange? The US runs quite a few fake human rights groups.

Can’t but agree with you here, except the number of the killed Russian journalists is official, Russia itself reported them. USA detained a number a journalists which is not good. In Russia they just kill them. Then complain about the Freedom of Speech in USA.

Who do you think these ‘Ukrainian special forces’ actually are? The Ukrainian military is an open farce – compromised of oligarch run private militias and de-moralized press-ganged conscripts. The ‘Ukrainian special forces’ wear ski-masks and never speak on camera – because they are essentially NATO operatives. That should sufficiently clarify who the actual ‘invader’ is, running around and inflicting gratuitous violence, amidst the majority ethnic Russian demographic of eastern-most Ukraine.

And you forgot to mention the wagner girls fighting against them .

Hey canadian friend, you forgot the weapons of mass destruction in Iraq

100% correct. As I have exposed here before. SAS are actively operating near combat zones inside of Ukraine and Donbass both. In civilian clothing I might add.

Ukraine was bankrupt before 2014 and still is. USA made it even worse, but it was a failure of the USA-strategists.

The pro-USA-government in Kiev only works with repression of the ukrainian opposition and I don’t mean Donbass, but the opposition in western Ukraine, all those with common sense who think; “wait, the Russians may not necessarily be our brothers and sisters, but aren’t they at least our neighbors and isn’t it better to get along with our neighbors instead of fulfilling wishes of USA, where is this USA on the map, what we got to do with this USA?” And these people exist in Ukraine of course, but they can’t speak, just how long a government based on naked repression can exist?

So what USA is trying to do there can’t work on the long run, it’s a strategic failure.

I suppose the people in general are powerless. It is the bosses who rule with Xionatoyanker help and only they and the uber-patriotic Ukro selfshaters love this “Independent Ukraine”.

Why wouldn’t they? They are in power and are flushed with money from outside they never have to actually work for. They are therefore insulated from the message and their Zionatoyanker masters caused in the Ukraine.

Ukraine is just a weapon for America to use against Russia. It’s all about stopping the gas Russia sells to Europe. Ukraine will die, and the US will cheer mission accomplished.

I watched a video of this guy in Ukrainian uniform getting kicked, he kept shouting in a southern drawl that he was an American citizen. Ukraine is now an American brothel, like Kosovo.

You are right all western spec ops and their puppets should be killed and as far as i know Putin is not in Donbass, probably never been there.

USA took 90% of Ukraine, Russia took 5% and 5% became independent. What exactly are you crying about? That US did not managed to take all of Ukraine?

Russian spe ial forces needs to catch one of these Ukro operative everyone often and show them in public just to prove the game is not lost.

Also we may find that the Ukro specialooerative speaks Portuguese of maybe Arabic with a Saudi or kosovar accent. Strangely ,Ukrainians sport these accents and no scientist knows how it has happened all of a sudden.

Talking of Ukraine, I must admit, to finding myself laughing at the ignorance of the OSCE.

Russia not to vote for OSCE PA final declaration if anti-Russian resolutions are passed Two draft resolutions were submitted to the committee. One of them was drafted by the Ukrainian delegation

‘…Two draft resolutions were submitted to the committee. One of them was drafted by the Ukrainian delegation. The draft resolution says that the OSCE PA “reaffirms its full respect for the sovereignty, political independence, unity and territorial integrity of Ukraine within its internationally recognized borders, which include the Autonomous Republic of Crimea, the city of Sevastopol, and maritime areas.” Besides, the Assembly is due to condemn Russia’s alleged invasion of Crimea and urge Moscow to withdraw its “occupation forces from Crimea and to bring it back under the control of the Government of Ukraine.”…https://tass.com/politics/1067395

So why am I laughing? Ukraine and Russia have not ratified their borders, in accordance with international law, since the fall of the Soviet Union, back in 1991. Even Ban Ki Moon, confirmed this, together with NATO, who could not accept Ukraine as a member, back in 1997, owing to this very fact.

Why is self determination/will of the people not recognised in Crimea, despite the UN Charter being based on it?

US 4 July 1776 – self determination, when the US gained independence from Great Britain.

NATO – used self determination/will of the people, to justify their invasion of Kosovo.

So how come the OSCE does not acknowledge self determination/will of the people?

Because OSCE is really USA.

Seriously sick, owing to their biased take on things.

Wherever you find terrorism, you find CIA terrorist trainers.