A Ukrainian soldier crossed a front line on an infantry combat vehicle and surrendered to the People’s Militia of the Luhansk People’s Republic (LPR). 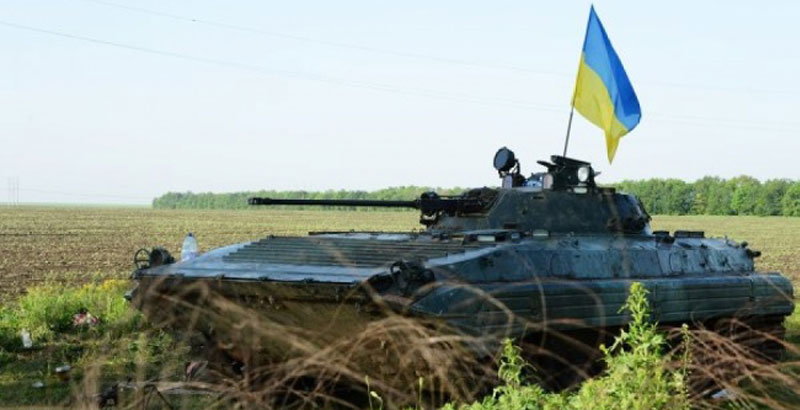 A Ukrainian soldier crossed a front line on an infantry combat vehicle north of the city of Kirovsk in the Luhansk People’s Republic (LPR) and surrendered to the LPR People’s Militia, the LPR law enforcement reported on Thursday.

“On December 1, a serviceman of the Ukrainian Army crossed a contact line with the LPR on an infantry combat vehicle, and then voluntary surrendered to units of the People’s Militia,” a source in the LPR Ministry of Internal Affairs said.

The incident took place near the village of Donetskiyon on the Bakhmutskaya highway. Circumstances of the detention and motives of the Ukrainian military are unknown.

“Now the serviceman of the Ukrainian Armed Forces has been transferred to the Ministry of Internal Affairs of the republic,” the LPR law enforcement noted.

Earlier, representative of the LPR People’s Militia Andrey Marochko pointed out poor morale of Ukrainian soldiers, which became a reason of stepped-up cases of desertion from the Ukrainian Armed Forces.

You do understand that this site will soon be flagged by FB as propaganda and not real news. In the meantime I enjoy the National Enquirer style headlines. :)

Hello Bob. It’s okay, FB can do what it wants.

But, I can say after reading the sight for over a year, it is a lot closer to the truth overall, than I have observed in places like The New York Times, Bloomberg News, AFP, The Washington Post and Reuters to name a few. Were not many involved with those guys firmly predicting a Clinton victory in the election, along with a long list of other proven fantasies? The NYT was caught harboring and supporting a writer, who was caught red handed fabricating stories, merely to meet their perceived racial equality quota. What about 20/20 and the exploding Ford trucks? Real fake news is nothing new. ‘Remember the Maine’? Your point is weak, in my opinion.

You may not like what they say and that is fine too. However, I respectfully disagree with you on the point that fake news goes on here, as an intentional enterprise. Overall, though the spelling and grammar could come up a notch, South Front has demonstrated time and again, that it is not a production line of ‘fake news’, as I have observed regularly published in ‘accepted’ media outlets. I wish you a good evening.

Sorry John, you wrong about this site. There are plenty of references to the pure propaganda nature of this American based Russian disinformation site. Your “whataboutism” regarding shoddy American media doesn’t change that fact. Facebook will do whatever they please with those entities, and I look forward to seeing the fake news site flag on this one.

That Guy
Reply to  Bob Boomhower

Flagged by Facebook as “Fake news” = the real news (most of the time).

Bob Boomhower
Reply to  That Guy

Considering they haven’t started this new “feature”, that is amazing. You must be brilliant to be able to pre-analyze events before they happen. A true modern day Nostradamus.

Ah, an apologist. Bob, don’t apologize for what you think to be true. State your piece, it is the nature of discourse at this site and many others. Besides, you are not really sorry, are you? ;) I think you are new here. It is the first time I can remember seeing you post. But, perhaps I am in error.

Now to help you a bit. People who throw the ‘fake news’ tag around tend to get disregarded, by most individuals here and other places that absorb quite a bit of information, from many sources. People who scan the globe for information, are really not into political mantras, as the ‘fake news’ chant has become. If you want to join the discussion in a constructive manner, bring something to the table. All I have seen so far from you is fallacy, with nothing to back it up.

This article was originally about somebody from the Ukranian Army surrendering. Things like this happen all the time. Where in the world is somebody not surrendering, on almost the daily. Nobody here is taking that to the altar of truth. We are making note and seeing where it leads. That is the game. Start playing.

All you had to state was the site is fake. This a combination red herring/ad hominum argument. It is not intellectual and very dishonest. Next you tell me you are sorry. Baloney. If you don’t like what you are reading, say it straight and disagree with the facts. While your intentions are signaling dishonesty, it cannot be covered up by the right choice of words. Anyway, go get em tiger and have a good week.

That’s a lot of blather John for someone who criticizes a post and poster and then proceeds to leap into specious arguments about “how things are done here”, and the nature of the presence of “fake news”. I also did not make any “argument”, let alone an ad hominem one against anyone. You don’t seem to know what the term means. I just stated what is already published elsewhere as fact about this “news” source and speculated that FB will flag this site at some point. You didn’t like that because you believe it is real news and launched into some “holier than thou” lecture about your obvious superiority. Your condescension at the end of your posts is noteworthy, but unfortunately for you, you are not lord of the Internet. While initially I was “sorry” to correct your mistake, after your personality reveal, I am not.

Bob, you presume way too much. Good luck out there and have a good week.

“Presume”, another word that you misuse, apparently not understanding its’ meaning.

Perhaps your soldiers surrender willy nilly on the battlefield, but those of my country do not. Such a pompous windbag and self appointed “Lord of the Internet”. Equating fake news with a political mantra is absurd. Since you seem to be in the propaganda business, I can understand why you would make such a ridiculous comparison. It’s not a mantra, and it is dangerous. History, something that katsaps like to revise to suit their narrative, shows us that.

The source of this article alone is enough to make any thinking person vomit. There is no such thing as “LPR”, except in the world of katsaps and their toadies.

I admire your great style in dealing with this troll, John–you’re much more patient with it than I would be, so I’ll just watch from the sidelines. Thanks for taking it on :)

Thank you Ophita. I am not pushing the point with him anymore. It is well beyond diminishing return. Knowing what is going on, with the person on the other side of the keyboard is never easy. Back in the day, almost 20 ago years when I was working on the web, I would have kept it up until he was consumed with combatting me. I have mellowed.

This will probably drawn a response but, I am disconnected from this act now so, I really don´t care. I got his range. I measured his reactions. What I am thinking is this one is young, has little experience and emotional. I have no idea what they are going through IRL hence, it is time to walk away. I have a 200,000 sq meters of warehouse full of internet scalps. I am not looking for anymore of that. Have a great evening Ophita.

Maybe it was a defection, and he wanted to gift the tank intact to the militia. He may believe in their cause and/or dislike what was going on in the Ukrainian military, how he was treated, the politics of Kiev, etc.