An alleged commander of the group of Ukrainian saboteurs has confessed to the preparation of acts of sabotage on vital objects of Crimea and named his companions in arms.

During the interrogation, an alleged commander of the group of Ukrainian saboteurs, who was detained during a special operation of the FSB, Yevgeniy Panov, has confessed to the preparation of acts of sabotage on vital objects of Crimea, the TASS news agency reported on Thursday, citing an unnamed law enforcement source.

Footage, showing the process of the interrogation of Panov, was published online at the same day.

“The ferry line, the Feodosia tank farm complex, objects of the city of Dzhankoy, the helicopter regiment, the chemical plant Titan have been determined as objects of the sabotage,” Panov said.

According to Panov, after the selection of the objects for attacks, he returned to Ukraine, where received money for his work.

“After my return from Crimea, I had a meeting with Kirillov and Alexandrov. During this meeting, Sandyl reported the results of the trip and announced selected objects on the territory of the Republic of Crimea. Kirillov thanked Sandyl, and I have received 3,200 hryvnia [about US $130],” he said.

The saboteur also confessed that at least two members of his group were permanent officers of the Ukrainian intelligence.

Panov also confirmed that, from August 2014 to August 2015, he served in the so-called zone of the Anti-Terrorist Operation (ATO) in the south-east of Ukraine, being a part of the 37th separate infantry battalion, which is the part of the 56th Brigade.

Yevgeniy Panov was a member of parliament candidate from the Ukrainian Association of Patriots (UKROP): 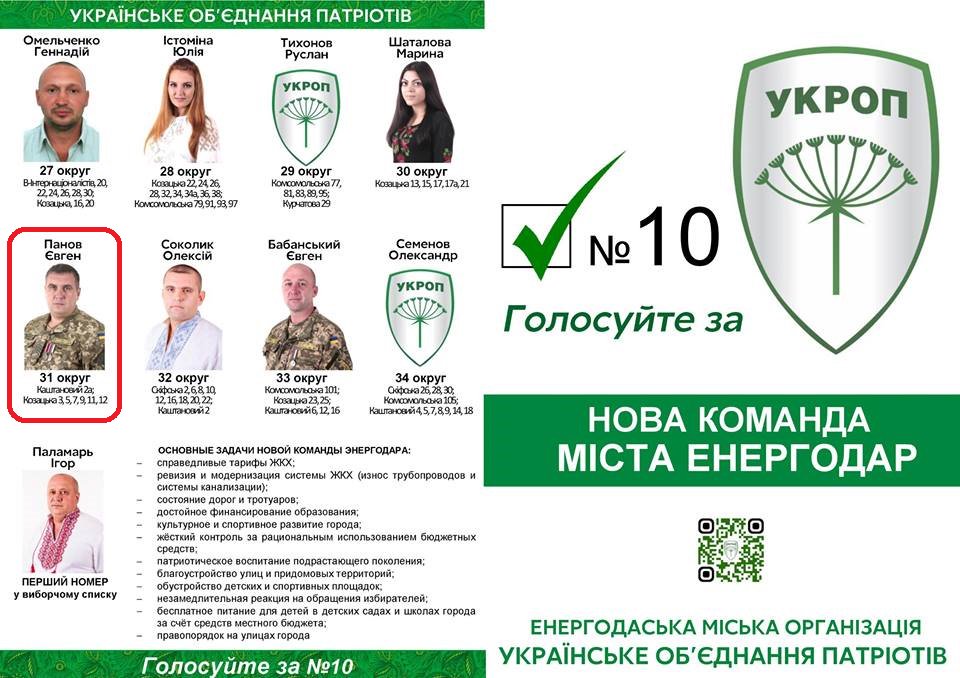 To bad for the Occidental deniers of this incident. There you have a pig with name and rank, talking about his mission in detail !! This “patriot” knows well the futility of the Banderista Kiev Junta cause, and is searching to obtain advantage. What happened to the Cyanide Pill or Jumping out of the window “a la Jason Bourne” ?? Alas !! That is just hollywood bull shit !! Reality check : When a war is not a just war, you loose it !! Another win for the Most Interesing Man of The World !! Long Live Saint Vladimir !!

‘When a war is not a just war, you lose it’ well said. The only good war is the one doing in self-defense, and certainly not ‘pre-emptive’ strikes. Wars of aggression violate Natural Law, and therefore is a plan to fail.

What’s disgusting is this incident was followed up by actual shooting from Ukraine tanks to provide fire support and led to deaths of Russian border guards. The recklessness of the US administration to carry out provocative actions to boost Hillary’s campaign (acc to the latest SouthFront video) shows how dangerous this lunatic witch and the State Department is.

Get a different T shirt for him. A plain shirt for prisoner please.