How the Orthodox Church of Ukraine and Ukrainian Greek Catholic Church honor the veterans of the Waffen-SS Galizien (Halychyna) Division and the Ukrainian Nachtigall Battalion of the German Abwehr.

World War II ended almost 75 years ago. The world reviewed the results of this historical catastrophe long time ago dividing its participants into those who were criminals of war and those who fought them.

Ones who helped Nazis to destroy and enslave peoples of Europe were Ukrainian nationalists. For fairness’ sake, it should be mentioned that collaborationism took place in all countries that fought against Hitler but because of numerous historical factors it was Western Ukraine where Nazis gained biggest support.

Ukrainian nationalists have always been encouraged and spiritually nourished by the Ukrainian Greek Catholic Church (UGCC). Bishops Josyf Slipyj and Nykyta Budka held services for the Waffen-SS Galizien (Halychyna) Division which, according to the Polish Institute of National Remembrance, committed lots of war crimes including the massacre of 868 Polish citizens in Huta Peniacka. UGCC Metropolitan Archbishop Andrey Sheptytsky of Galicia personally sent chaplains to the division to improve the soldiers’ morale. To be mentioned is that although in 1941 Met. Sheptytsky along with the Ukrainian Autocephalous Orthodox Church Bishop Polycarp Sikorsky of Lutsk supported nationalists’ attempt to declare an independent Ukrainian state with the help of the Third Reich, he didn’t urge Ukrainians to join the Waffen-SS Galizien Division or the Ukrainian Insurgent Army (UPA) led by Roman Shukhevych, Stepan Bandera’s associate. Bandera’s Organization of Ukrainian Nationalists (OUN), of whose members the Nachtigall Battalion, formed in 1940, was responsible for the Jewish pogrom in Lviv in 1941 and urged to kill the “Polacks, Jews and communists”.

According to the OUN’s main doctrine, the highest priority was fighting against the Polish people and Bolsheviks, and only after that – “passive efforts” against Nazis. Shukhevych supposed that after the war the Polish could lay claim to Galicia and Transcarpathia and carried out ethnic cleansings of the Polish population. One of the most famous was the Volhynian slaughter, during which OUN soldiers killed more than 60 thousand Polacks including women and children.

After the Volhynian slaughter, Metropolitan Sheptytsky wrote to Catholic Archbishop Boleslav Twardowsky of Malopolska who was in charge of the Lviv Archdiocese that murders of Polacks were the consequence of murders of Ukrainians and were committed by “gangs and runaways wanting to retaliate”. After the Soviet Army entered Lviv, Sheptytsky wrote a letter to Joseph Stalin congratulating him and thanking for the consolidation of the Western Ukraine regions.

Unfortunately, within decades of independence, Ukrainians have failed to accept and overcome this past by going beyond colonialism and nationalism as a reaction to this. Nowadays religious situation in Western Ukraine provide no clear alternative – everything is still complicated and controversial. UGCC Major Archbishop Svyatoslav Shevchuk claims that Metropolitan Sheptytsky not only never supported the SS army and German Nazis but also deserves the title Righteous Among the Nations. At the same time, UGCC Archbishop-Metropolitan Volodymyr Viytyshyn recently performed a funeral service for the last combatant of an SS division in Ivano-Frankivsk, whose funeral was attended by people in SS uniform.

Members of the Orthodox Church of Ukraine also demonstrate their adherence to the ideas of the Bandera nationalism. The Church’s Primate Epiphanius recently said he is proud to be called a Banderist. But these were Bandera’s ideas which led to massacres of Jews in Lviv by the Nachtigall battalion and the slain of Polacks by the OUN during the Volhynian slaughter. Metropolitan Epiphanius is backed by OCU clergymen who sang the song “Bandera is our father, Ukraine is our mother” during Christmastide. Stepan Bandera was commemorated by an OCU bishop Viktor Bed who served a litia memorial service on the occasion of the 111th anniversary of the birth of the 20th century Ukrainian nationalism’s ideologist. Also, in August 2019, Metropolitan Epiphanius and UGCC Major Archbishop Svyatoslav Shevchuk consecrated an OUN-UPA fighters monument set up in a Jewish cemetery near Lviv. Ironically, Jews killed during the pogrom of 1941 carried out by the Nachtigall battalion are buried in the same cemetery.

Concerns about Nazi associates have been repeatedly expressed by Polish and Israel diplomats. However, the UGCC and OCU are still trying to involve President Vladimir Zelensky in promoting their dubious views on history and ideologemes. And as this year’s events show, such attempts are somehow successful. The President’s initial call on the necessity to form a positive perception of Ukraine in the world, to urge the Ukrainians to find their identity in themselves, in their diversity and achievements, encounters obstacles in internal policy and nationalist organizations exploited by various political powers in their struggle. It is doubtful that the UGCC and OCU hierarchs don’t understand: Vladimir Zelensky’s support of such ambiguous figures as Stepan Bandera, Andrey Sheptytsky or Josyf Slipyj is his support of these Churches, which puts an end to his equidistant attitude to all confessions. Stepping on the path of the nationalist discourse, accepting the expectations of Bandera followers, the young leader would by tied by them and wouldn’t be able to come out.

It is time to close that chapter. We cannot keep stirring the pot and not expect lot of contradictions to jump out of this pandora box. In war the first victim is always the Truth. Today for more and more people, official version of facts are always a pack of lies. People are questionning who perpetrates the September 11 drama, why Yougoslavia, Irak and Libya have been destroyed, who is behind Syria’s unrest, why all the sanctions on Iran. With all these lies, how do you want people to believe the official narrative of WW II.
The winners are the same than those who are lying to us today.

I think on the contrary that’s time to open our eyes! The fact we got such serious information about catholic and orthodox churches should lead us to debate about their credibility. They are mileading people and happen to work for NWO purpose. And I’m so sorry to tell you that dealing with truth is always more respectworthy than dodging it for convenient intellectual laziness

Did you noticed that in many countries, if you start searching the Truth concerning WW II, you go to jail. Laws have been implemented to criminilize questionning the most important issue of that war. The story has become like a religion with dogma and the Inquisition is chasing all the heretics. I have open my eyes and I am convinced that reconciliation and peace require to close that sad chapter. The winners have made enough money with it.

Ok, but it’s fundamental that people are taught about truth in History, note being afraid to reveal it and assume it.

It is time to liberate Novorossiya and Malorossiya from the Kiev nazi regime!

Way past time, what is Putin the meek waiting for?

LOL, youre deluded if you think the Kiev entity is a nazi regime.

There are no doubt nazi sympathizers among the population there, and volunteer units consisting of same. They’re being used and tolerated by the Kiev government at the moment, the same government that is headed by a jew who succeeded the jew before him. The same government that’s falling all over themselves to implement LGBTQWERTYUIOP and inviting in tens of thousands of foreign refugees.

also in ukraine: ukro-psychos attacking their own people evacuated from china

Needs more truth and fewer lies. Would the self-chosen people lie if the penalty for doing so were capital punishment? 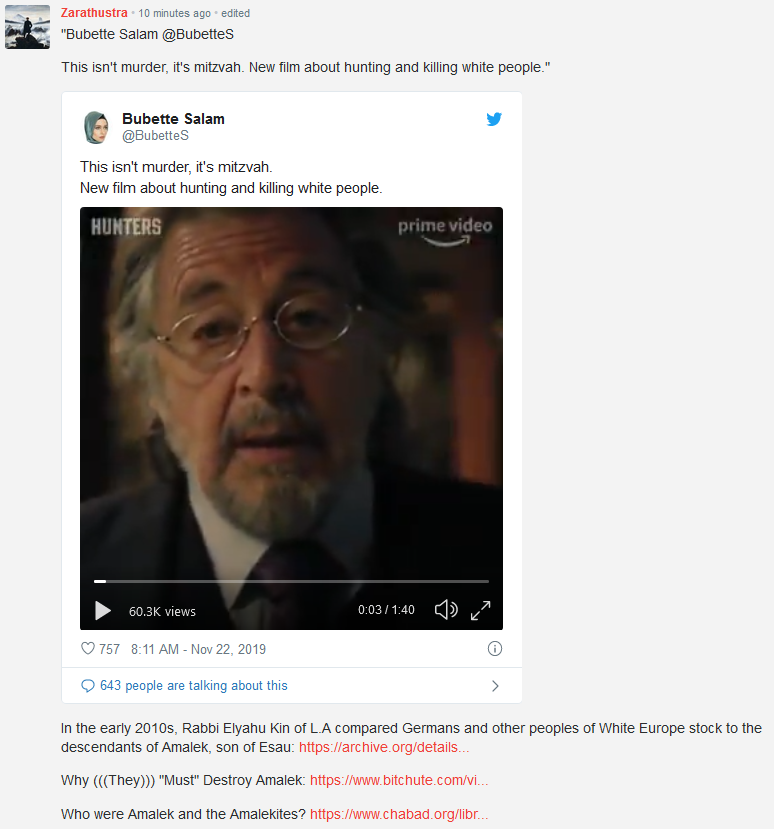 Esau’s “pathological hatred” was caused by Jacob (who later became
Israel, allegedly) stealing his birth right from their father Isaac the
Blind. 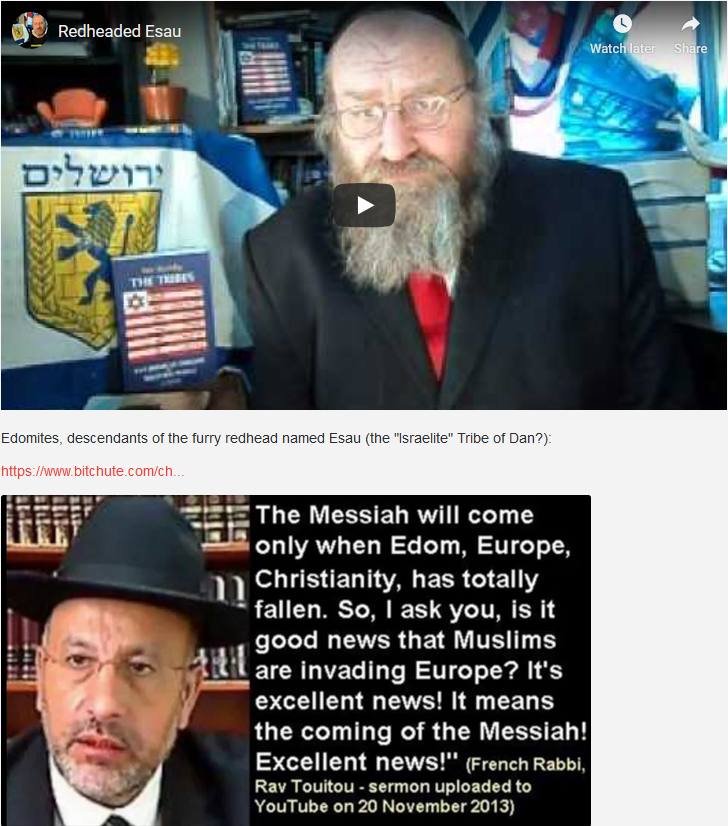 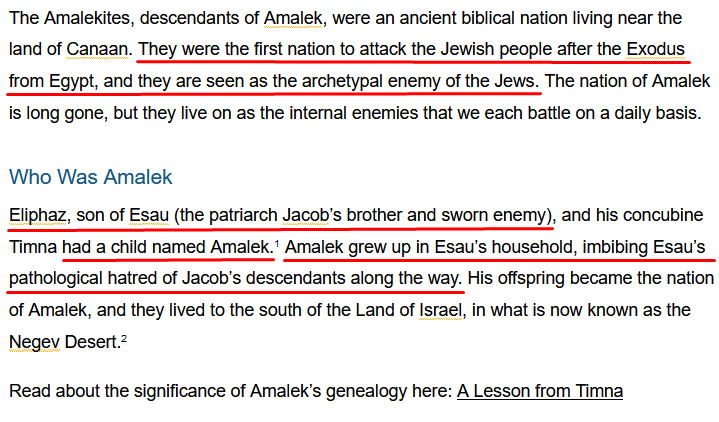 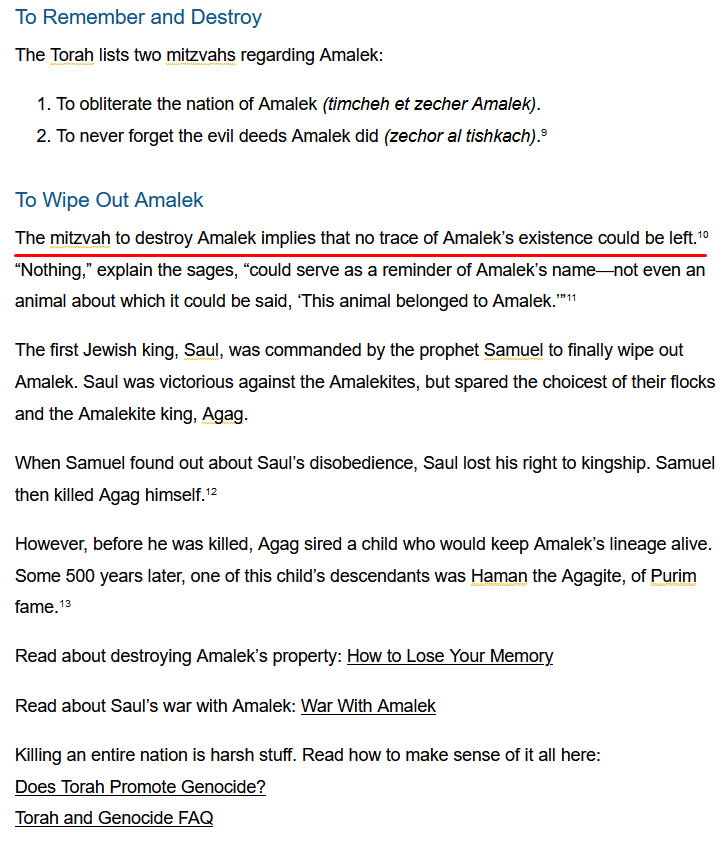 Russian propaganda. The whole world knows how the Russians massacred Jews prior to World War I.

Nationalists of one stripe or another mass murdered Jews in that region at one time or another.

This plaque is from Auschwitz: 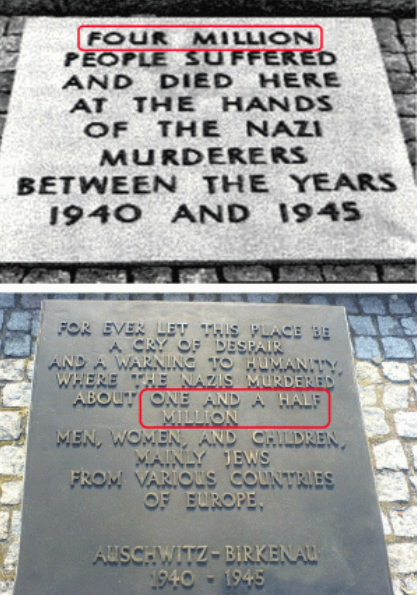 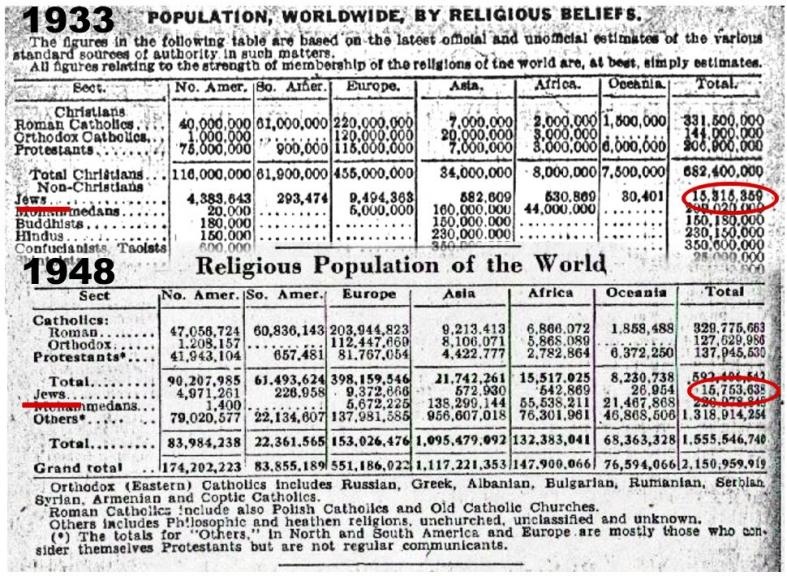 You mean the multiple news reports stretching back to the 1800s that talk about six millions jews being massacred in a holocaust?

The First ‘Holocaust’ – The Surprising Origin of The Six Million Figure:

dumb turkish turd. the whole world know you turks/turds massacred and genocided armenians and assyrians during WW1… btw russian is one of the official languages in israel.
and keep upvoting your own comments pathetic turd.

The armed coup that took out the elected government in Ukraine was assisted by people such as Canada’s Chrystia Freeland [who is now the Deputy PM of Canada] – her grandfather[s?] were helping the nazis in WW2. These connections to Nazis will not disappear, they are historical fact. Current attitudes in Ukraine lean towards fascism too

Many of those “nazis” aren’t Fascist nor are they National Socialist, they bare little resemblance to any sort of Third-Position ideology (the proverbial middle between “right” and “left” on the political horse shoe).

Martin Heidegger on The Faustian Core of Fascism: bitchute[]com/video/n60Z0XM9DT9j/

A Response to ‘Roaming Millennial’ & ‘Vee’ on Fascism/National Socialism: bitchute[]com/video/QPGdmIiu3t4t/

The German War Against Globalism: bitchute[]com/video/IfR82TjssmrJ/

The last video had taken text from the following book: archive[]org/details/HitlersRevolutionByRichardTedor_383/mode/2up

The schismatic Orthodox Church of Ukraine headed by Epiphani Dumenko is not to be confused with the canonical Ukrainian Orthodox Church of the Moscow Patriarchate which is the largest Orthodox church in Ukraine whose churches are forcefully taken over by Dumenko’s church (aided by Shevchuk’s Uniate Greek Catholic Church) and whose priests and parishioners are physically beaten while the police for the most part stand idly by.