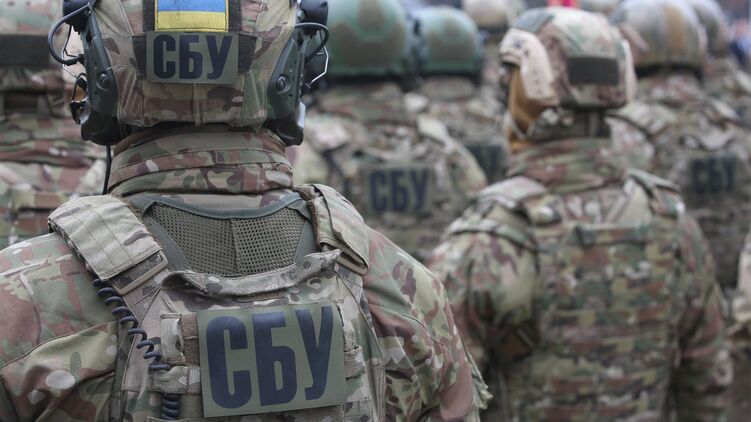 The Ukrainian Parliament (Verkhovna Rada) has prepared a large-scale project to reform the Security Service of Ukraine – SBU.

Until now, the SBU was the only power structure that operated under the 1992 law.

President Volodymyr Zelenskyy tried to reform the secret service this spring by submitting an appropriate bill to the Rada. But the document significantly expanded the functions of the service, which drew criticism from all sides.

Therefore, in the Rada the project was sent for revision. After several months of work on the document, it was rewritten so much that the name of the initiator, Zelensky, even disappeared from its “header”.

The new project is so different from its predecessor that the head of the SBU himself, Ivan Bakanov, raised the alarm.

The idea of the reform was published back in mid-October.

The website of the Servant of the People party posted a blog by People’s Deputy Maryana Bezugla about the reform of the SBU.

She was part of the international leadership program of the US State Department “Healthcare and Marginalized Populations”, which significantly affected her career – immediately before the elections, she was already hired in the Ministry of Defense, where she led the program “Reform of the medical care system. Armed Forces” in the project office of reforms.

In parliament, she entered the National Security Committee. And it was Bezuglaya who became the head of the group on the development of the draft reform of the Security Service of Ukraine.

The MPs decided that such a reform would be worked out in parliament back in the spring of 2020, when a draft SBU reform from the president was submitted to parliament. Even in the pro-presidential faction, Zelensky was accused of wanting to strengthen the powers of the special service, and therefore it was decided to rewrite his reform.

The SBU is the only law enforcement structure that has never been reformed since its inception. The special services work in accordance with the law adopted back in 1992. It partially duplicates the functions of the police. And this reform should eliminate this problem, as planned.

In her blog about this reform, Bezuglaya wrote that it was decided to reduce the law enforcement functions of the SBU, but create a large counterintelligence service that would counter threats to state security from other countries and groups.

Also, the special service decided to move away from the investigation of economic crimes.

Functionally, the SBU has one strategic goal – to be proactive.

“After all, preventing treason or a terrorist attack is much cheaper than eliminating their consequences. Consequently, preventive measures to respond to threats to state security are a priority area of ​​reform,” Bezugloy said in her blog.

As an example, the deputy noted that the Service should prevent the presence in the country of strategic companies with Russian capital or media platforms affiliated with the aggressor state.

“The SBU will become counterintelligence, which will counteract external influences in the economic sphere. In fact, this or that businessman may not carry out an economic crime, even if there is a suspicion. But is he connected with another country, a transnational corporation or a criminal group that harms the state, whether it’s company is a branch of other special services, or uses our officials to push decisions in the interests of another state – then that’s another question altogether. Modern special services in the world are watching, including state property was not transferred to privatization or concession to others.”

She also noted that the main thing for the SBU now is not to catch “a dangerous gang,” but to find out whether it is part of a transnational crime group that poses a threat to state security.

Notably, the draft law also includes provisions that are specifically aimed at censorship of media.

The bill gives the SBU an interesting function – to monitor the propaganda of terrorism and separatism on TV and radio. And to make a presentation on such a TV channel to the National Council – after which he will be able to start checking the media and then either fine or go to court to revoke the license.

This legal mechanism will allow the authorities to directly control the media. Instead of the court deciding whether the media product contains signs of separatism or terrorism, the National Council will be able, upon the recommendation of the SBU, to fine the channel or publication.

In addition, the SBU can initiate restriction of access to any web resource in order to “prevent an aggravation of the social and political situation.” As noted by the members of the coalition “For Free Internet”, such grounds can easily fall, for example, calls to protest or even the publication of a high-profile journalistic investigation.

The head of the National Union of Journalists, Serhiy Tomilenko, said that if the bill is adopted by the Verkhovna Rada, it is highly likely that the Ukrainian special services will crack down on the TV companies they dislike.

“All over the world, the media receive the right to legal protection, to appeal, so that media journalists are not victims of political repression. We want the SBU and all law enforcement agencies to properly fight crimes and criminals, separatism. But there is a great risk of political speculation , therefore, we support the practice of responding to emergencies exclusively through the courts!” emphasized Tomilenko.

It is important that no court decision is even needed that finds a person guilty, and there are also no criteria for how the SBU will assess whether a candidate’s actions fall within the above reason for his disqualification from participation in the elections. Therefore, in fact, the SBU will be able to block the political prospects of any nominee.

“The SBU is empowered to directly intervene in the electoral process and make a proposal to ban / cancel the registration of candidates in elections. The bill does not provide for the procedure for proving the facts of such illegal activity … We call on the people’s deputies of Ukraine not to support the draft law,” a number of public organizations said in a statement , including the representative office of Freedom House in Ukraine and the Ukrainian Helsinki Human Rights Union.”

In short, the SBU are given control over the media, but at the same time can no longer investigate corruption in any form, political or otherwise.

Such changes appeared in the project at the suggestion of the West. The EU advisory mission and the NATO representation in Ukraine sent a joint letter to parliament in early autumn, urging the MPs to limit the investigative functions of the SBU, primarily in the field of combating economic crimes, smuggling, corruption and organized crime.

“Only the Prosecutor General should have the right to transfer criminal proceedings to the SBU (…) in cases where the crime poses a real and immediate threat to the constitutional system of the state,” the appeal said.

The creation of the Bureau of Economic Security of Ukraine is also stalled. They are trying to create this body instead of the tax police and entrust it with the identification, suppression, investigation and disclosure of criminal offenses in the economic sphere that pose a threat to the vital interests of Ukraine, as well as prevent their commission in the future.

Nothing has happened yet, censorship, however, is moving forward full speed. The supposedly ‘democratic’ government of Ukraine continues its totalitarian push destroying the last vestiges of the freedom of speech as well as the religious and political freedoms. After suffering another rating fall due to its inability to turn into reality election promises, the Zelensky administration opted to continue fighting its main enemies: opposition parties, independent media and the canonical Ukrainian Orthodox Church. According to the Kiev government, all the current internal problems of Ukraine are a result of ‘destructive actions’ of these forces rather than the anti-Ukrainian policies of the country’s own government after 2014.

Ukraine so-called parliament ‘stopped investigating corruption’ – What a surprise, the No2 in the global corruption cesspoole ranking after the USA of course.

The SBU is run by the CIA these days.

Excellent, more censorship = more freedom and democracy. Just look at the US!