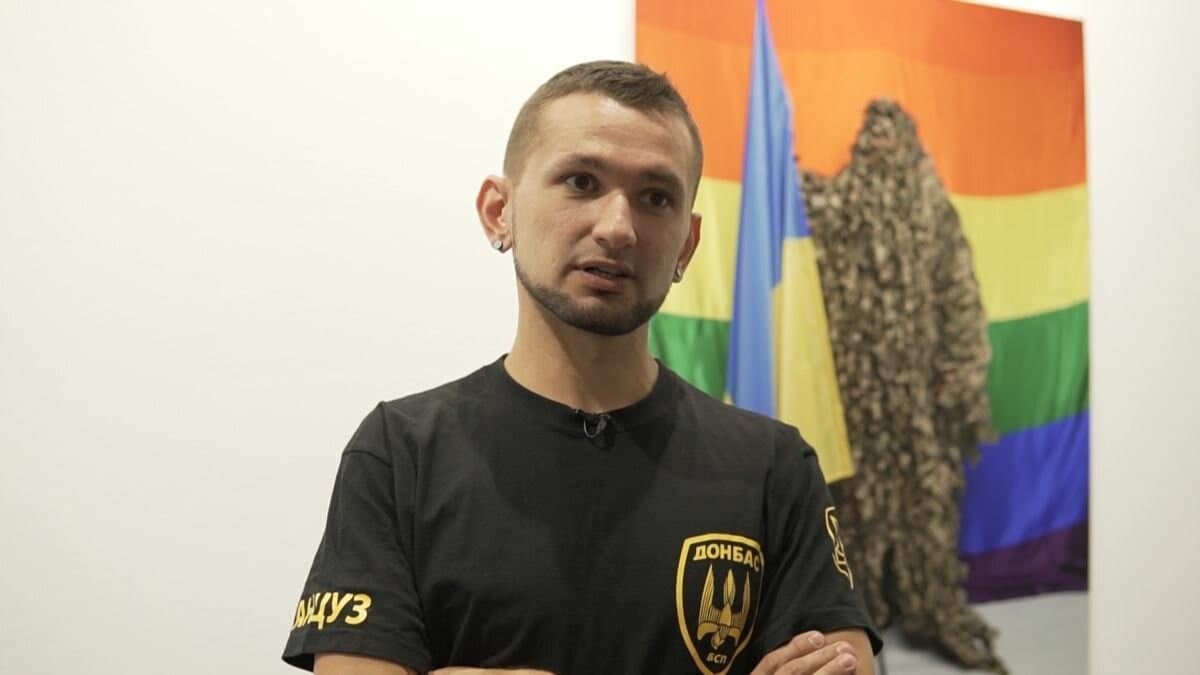 Ukraine is firmly following its Western partners, especially in promoting the LGBT community. The Ukrainian army could not avoid this trend, and its LGBT troops provoked another scandal.

The head of Ukrainian LGBT troops Viktor Pilipenko chose not the best way to promote inclusiveness among the soldiers who are fighting alleged Russian threat on the frontlines.

Viktor Pilipenko is an officer who served in the infamous punitive Donbass Batallion. He publicly confessed his homosexuality. Having gained popularity and money from American “partners”, he called on gays all over the country to join LGBT troops. 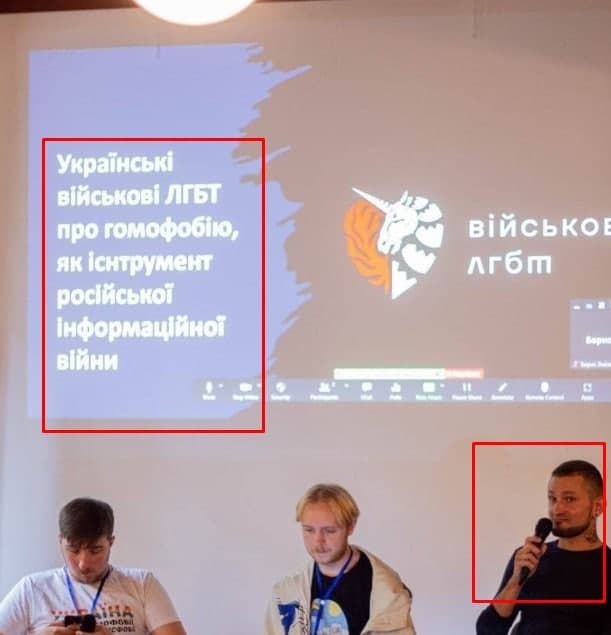 Today in spite of fighting enemies, he is organizing forums and public conferences, discussing “homophobia as a tool of the Russian information war.” 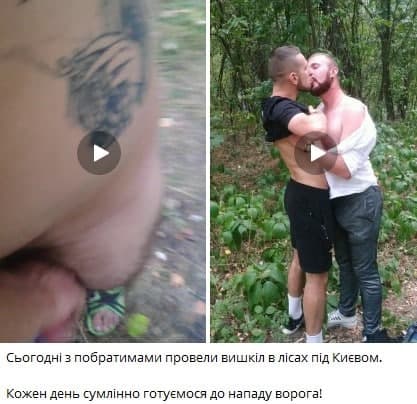 We trained today with our brothers. We are preparing for an enemy attack every day 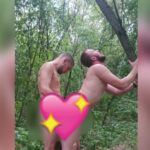 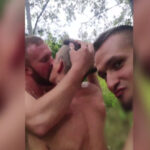 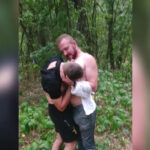 This new trend is spreading in the Ukrainian army now, not because Ukrainian culture welcomes homosexual relations or because gays could somehow increase morale of soldiers in Donbass. Ukraine also is not an example of a tolerant society towards various minorities. No, homosexuality has become popular simply because for many young Ukrainians, such behavior has become the only option to get some money from the globalists in order to buy at least a used Volkswagen in Poland.

LOL!!! Ukropi faggots in their natural habitat. The only thing missing is a big CIA shlong for them to suck on so that they can prove their loyalty to their (((Masters))).

Now these guys can go serve in the IDF…….lol……Go over there and fuck the shysters too…….lol

Are you a fag?

He is a clear Ukrofag :)

Ukropians are a people of bitches and faggots. These clowns want to defeat the Russians. Ahahahahaha

The whole world knows the truth,now you too must become a p00f,or else go to china or russia,gimp:

all liars are poofs,what the fk are you then half man half woman mr bitsa half wit

Typical divide and conquer tactics of the Globalist’s. Russia wants Ukraine to eventually come to it’s senses, whereas the Globalist’s want the population divided through loss of uniting values and feeling as a community.

This is very disgusting. Shame on them!

On that last sentence, a joke:

“A Jewess returns home to her family and has a long catch up with her mother.

They talk and talk, and in the end they come up to the conversation about her husband, so the woman says to her mother:

To which her mother replied:

‘Darling, you have a house, food on the table, your children are provided for – what is this complaining for, it’s only 45p!'”

It is important to remember that the vast majority of borderlands people are Russian. Many have been brainwashed into thinking they are something else. Yes they do have a minority of Hungarians, Romanians, greeks. These are not Russians and they have some polish who are Russians and don’t like it.