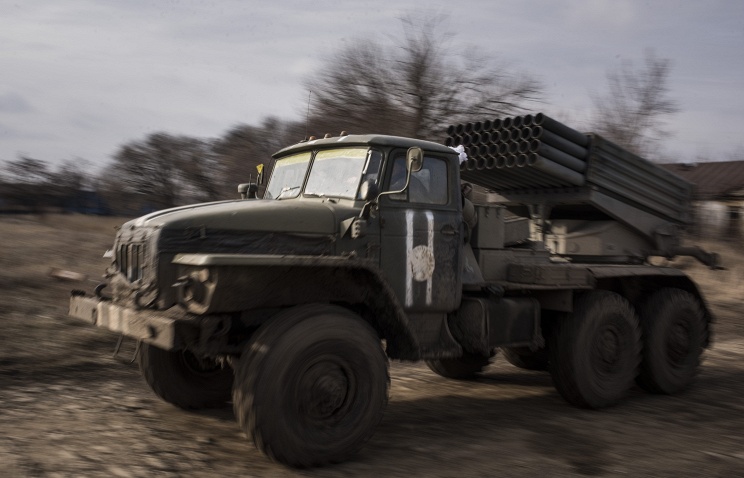 On Monday, January 18, a spokesperson for the self-proclaimed Donetsk People’s Republic, Eduard Basurin told the journalists that the Ukrainian military have redeployed almost 70 pieces of heavy weapons and armored vehicles and hundreds of fighters to the disengagement line in Donbass.

Basurin also told to the reporters, “The DPR intelligence continues noticing huge concentrations of the Ukrainian side’s vehicles and army personnel in the directions of Gorlovka, Donetsk and Mariupol.”

According to Basurin, two self-propelled artillery installations,  four 122-mm D-30 howitzers,  three tanks, three infantry fighting vehicles, three trucks with ammunition and an up to 150-men strong contingent were noticed in the direction of Donetsk.

He said that the DPR intelligence already noticed 10 tanks, 7 self-propelled artillery guns, two 152-mm Giatsint-B howitzers, one BM-21 multiple rocket launcher systems, 12 infantry fighting vehicles,  31 trucks with manpower and ammunition in the Mariupol direction. Up to 200 soldiers and officers as well as two support ferries for transporting weapons, units and hardware across river barriers have also been noticed in the Mariupol direction.

The idiots in kiev are desperate and are going to do something stupid.

Then DPR needs to march to Kiev and wipe them out!

This is and was the only way to achieve a lasting peace from the very beginning.