Ukrainian media call for repression in the south of Ukraine, as well as to fight for Crimea, using “all available methods and capabilities.” 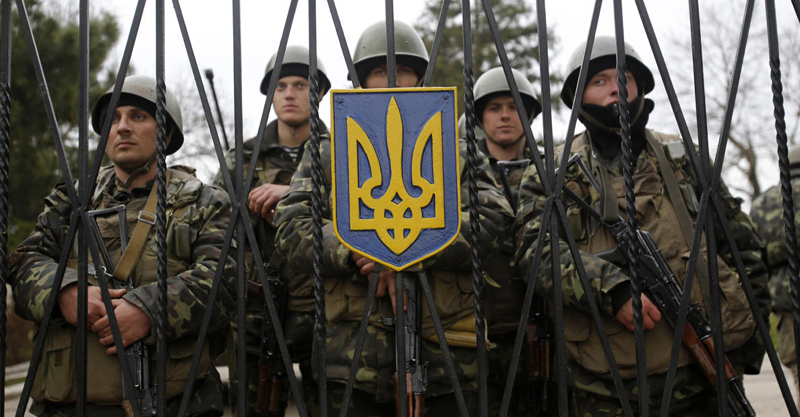 According to the Zerkalo Nedeli newspaper, which is influential in Kiev, the increased tension on the border with Crimea is an occasion for a new clearing operation against pro-Russian organizations of the south of Ukraine.

“Firstly, it is necessary to take the measures that should have been taken a long time ago: to cut off the channels of financing pro-Russian organizations in the south of Ukraine, to forbid Ukrainian servicemen, border guards and members of the Security Service of Ukraine to visit Crimea (yes, many of them have relatives there [in Crimea]; yes, there are no houses [in Ukraine] for many of those, who remained loyal to the motherland oath and returned to the mainland [from the peninsula of Crimea]; but this is war, if anyone has forgotten), and to introduce strict monitoring of regional media.

The government, first of all, the general-in-chief must forever renounce the regime of excuses and clearly declare any audience – country’s citizens (regardless of a region of their residence), the Western partners, the aggressor and its satellites, – that Ukraine must return the occupied territories, using all available methods and capabilities. This is its right and duty,” the newspaper wrote.

“Sunny Crimea covered the country with the shadow of a new war. Vacations are over,” the Ukrainian newspaper concluded.

Nazis, Nazis, Nazis. Thanks to Obama and his demon Victoria “Cookie Monster” Nuland Ukraine is now being tested again for the British Empires WW III.

Okay poroshenko, reich sector, azov, svodoba and the rest of you nut cases in kiev. Keep going with this and you’re going to find out what many of us western outsiders already know. And that is that Putin is not kidding around on this one. I’ve been following the actions of this guy for about three years now and have learned that you can tell when Putin is just about fed up and ready to strike. Well, I believe Putin is fed up and is on the brink of moving on that poroshenko led bunch in kiev that’s running ukraine. In case any kiev-gang member still believes the U.S. government can just jump in militarily if it so chooses, think again!!! The American people will have a say in that and I’m warning you, the odds are not in the poroshenko gang’s favor. Add to that the EU government’s problems suppressing its own citizens discontent with ukraine and it’s clear that both the EU and U.S. officials will shout loudly, but our militaries are not going to come to kiev-ukraine’s aid, when Putin finally tires of the kiev-gang’s petty pokes and finally hit them, HARD!!!

Well, Russia will no longer be in the “normandy 4” useless meetings, that is a sign that Putin will soon move forward with something wise against the Ukronazis and the supporting cabal.

As a westerner on the outside looking in, I’d say poroshenko had better make sure he has his bags packed and the jet fired up, cause when things do finally jump off, reich sector is going to punch his ticket immediately. He doesn’t have to worry about his ill gotten gain, cause all of that is outside of kiev-ukraine already. Tee-hee.

Nazi psychos obsessed with Russia, feeding their hungry people with propaganda crap instead of bread, they should be more concerned with those disgusting criminals who plunder their country, both domestic like Porky and foreign like Joe Biden Jr…. instead they want war vs Russia!!! -and they can’t even defeat two villages. Fkin pathetic banana-republic so-called ‘ukraine’.