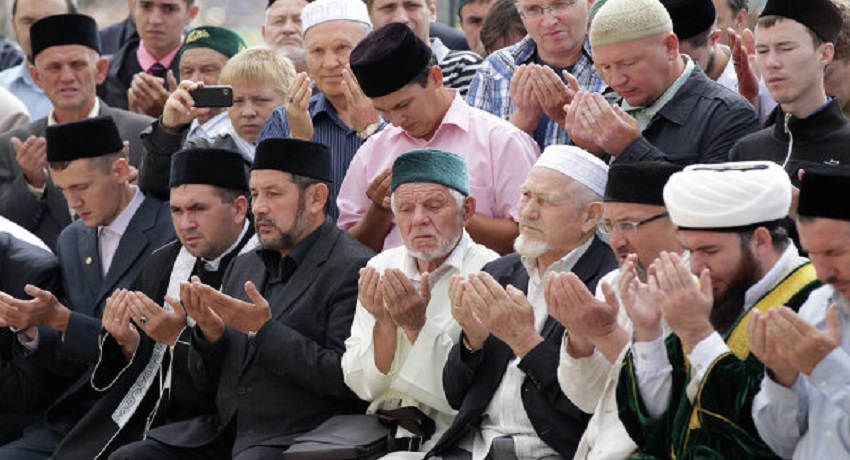 The Russian Federal Security Service (FSB) has distributed videos that prove the fact that the General Intelligence Directorate of the Ukrainian Defense Ministry was preparing a series of terrorist attacks in Crimea, which would claim hundreds of lives of Russian and Ukrainian citizens.

The basis of the charges of the saboteurs was witness’s testimonies by Marlen Aliyev, who works as an engineer in the enterprise MOB Pobednoe (provides water to rural areas of the Dzhankoi district of Crimea).

“On August 1, a young man, who introduced himself as Aleksey Sandulo, came to our enterprise. He started to offer electrical products. He showed a business trip permit, where the old Ukrainian name of our company in Russian language, as well as the old Ukrainian names of the Azov distillery, Dzhankoi milk plant and the local water and wastewater treatment plant were listed. I told him that I cannot put a stamp, as there is no the head of the company,” Marlen Aliyev said. 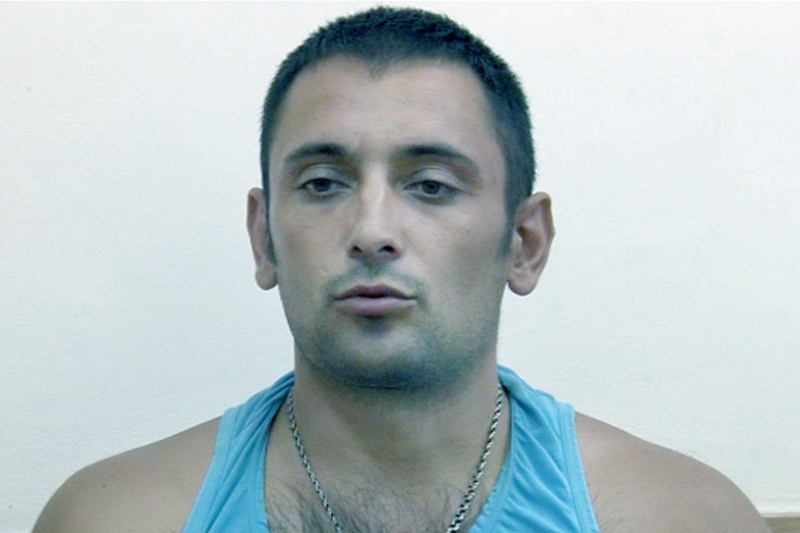 By the way, Marlen Aliyev has visited the investigative experiment and identified saboteur Alexei Sandulov.

The questioning of saboteur Andrew Zakhtey allowed to understand his role in the preparation of the terrorist attacks. He made a confession after saboteur Evgeny Panov.

“Yura told me that people would call you and say that they are ‘from me’, you would transport them. On August 6, someone called me ‘from Yura’. An unknown person told me that at midnight I should come to the village Risovo, not far from Armyansk, and transport a group of people with some cargo. The person warned me that I should not tell anybody anything about my trip. Later, the same person told me that I should go to the outskirts of the village of Suvorovo, to the territory near the cemetery, and transport four persons with some cargo. Driving up to the place, I saw a shooting and was detained by the FSB. Now I understand that I carried out tasks of the Ukrainian General Intelligence Directorate, transporting its people and cargos on the territory of Crimea,” Andrew Zakhtey said. 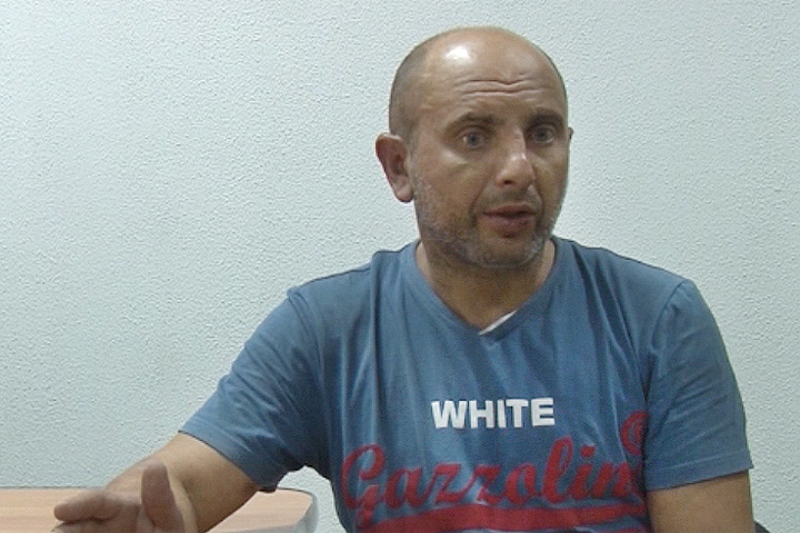 Of course, repeatedly previously convicted Zakhtey will not say the whole truth. FSB officers found several kilograms of a plastic-based explosive in his personal car’s wheels, as well as a substance similar to napalm in his jerrycans. The saboteur also concealed garnets and electrodetonators under the sheathing of the car. 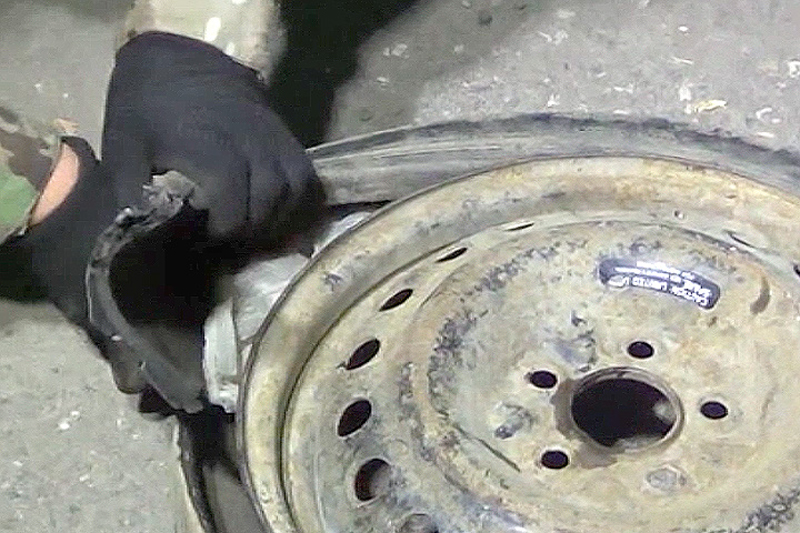 Testimony of another saboteur is also curious. During the questioning, a 27-year-old native of Zaporozhye, Edvan Suleymanov, not only admitted his attitude towards the General Intelligence Directorate of the Ukrainian Defense Ministry, but also explained, whom the Kiev authorities were going to blame of the terrorist attacks in Crimea. Local Muslims, the Crimean Tatars, had to be the culprits of the tragedy. 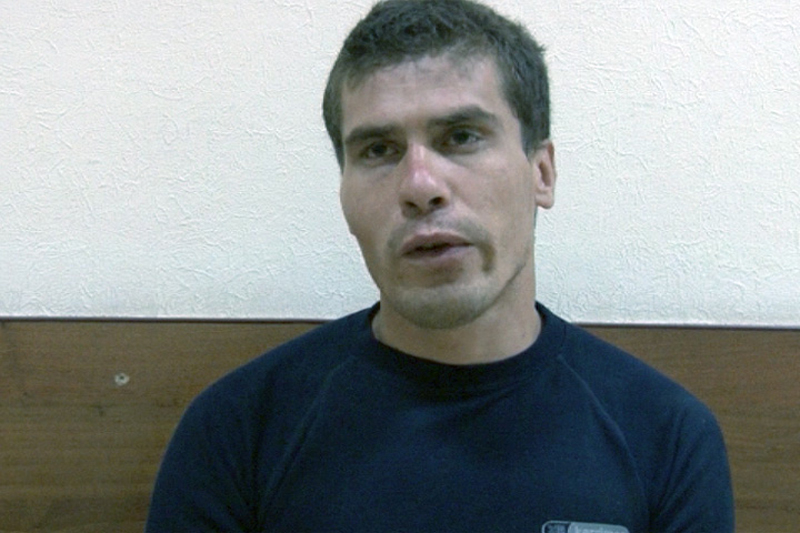 Suleymanov said that his first task was a trip to the military unit in Simferopol, which is located on the Supkhi Street. He should discover what kind of military equipment was brought there.

“He gave me 700 hryvnia [about US $30] for this and asked me a receipt,” Suleymanov said. “I kept in touch with Pavel Nikolayevich via mobile phone or a computer program ‘Line’. He also warned me that if a person writes me via internet and indicates the word ‘Chicago’, this means that this person is ‘from him’ and he also can give me tasks. Every two or three days I had to get in touch and write ‘+’ or ‘Ok’, which would mean that I’m ok. At the end of October, I went to the Simferopol military unit, counted all the equipment, and reported the data. In July 2016, I met Pavel Nikolayevich in Odessa. He gave me a new task to go to the central station and the airport of Simferopol and find places, where explosive devices could be laid.”

Suleymanov should “find places, where there are a large flow of people, no cameras, and the patrols do not go so often.”

“I had to make a fake explosive device, lay it, call the police, and see how they will act, as well as to take photos and send them to him,” the saboteur explained. “I found the 4 places, where explosive devices could be laid and send photos to Pavel Nikolayevich via ‘Line’ program. On July 30, I laid a fake explosive device at the Simferopol airport and called Pavel Nikolayevich. He told me that they will recall me now, and I will need to make conference-bond with the police. I walked away, they called me, and I called the police and switched the phone to a conference call mode. At that moment I heard the words that shocked me! The voice said that I am Ahmed Karimov, and ‘we are moving from small jihad to big jihad and, today at noon, we will blow up the Central Airport, bus stations of Simferopol, Yalta, Sevastopol, and the Kerch ferry.’ I watched the actions of the law enforcement agencies from the side, took five photos, and was detained.”

“I understand that with my actions (selection of places for lying of explosive devices) I contributed to the preparation of terrorist attacks by officers of the General Intelligence Directorate of the Ukrainian Defense Ministry. I understand that my actions could lead to human casualties, civilians could be killed,” Suleymanov concluded.

By the way, the saboteurs managed to lay one anti-tank mine. This had been done so that it was impossible to neutralize it. The FSB had to destroy it at the place.

It doesn’t matter. Western MSM doesn’t even acknowledge that an infiltration attempt even took place. The only news I heard on the subject said that ‘Putin was mobilizing forces in Crimea’. A commentator mentioned that this was to shore up his re-election bid and to give him a bargaining chip in the upcoming Ukrainian talks (which I thought already transpired, I could be wrong, I don’t think it matters). He also mentioned that he would not put credence that an attack took place without another source. This was on FOX news.

The reporting regarding Ukraine is a full fledged disgrace. Yeah, like Ukraine is going to publicly take credit for an infiltration attempt. I guess the Russians faked the death of an FSB agent and abducted Ukrainian citizens as well.

This is an attack upon all Muslims. And remember the PM and President of Ukraine are both Jewish, no kidding. Now it is up to all good Muslims to perform their duty, and defend their good name. Time for Sunni and Shia to flock to Ukraine and pull down their illegal Zionist government immediately! http://www.dailystormer.com/ukraine-prime-minister-arseniy-yatsenyuk-is-a-jew/

List of the corrupt leading Ukraine against Putin: #1 “Prime Minister” Arseniy Yatsenyuk: Another one of Maidan’s Jews. #2 Vitali Klitschko, a Jewish boxer who filled the most prominent role in the Maidan coup coordinating with foreigners to destabilize the nation. #3 Jew cripple Yulia Tymoshenko, former opposition leader freed from prison by the Maidan coup has vowed to resume control. #4 Joseph Zissels, prominent Ukrainian Jew figure, key vocal supporter of Maidan; board member of the European Council of Jewish Communities, the European and World Jewish Congresses, the World Zionist Organization. #5 Sloppy fat billionaire Israeli dual-citizen Jew, Igor Kolomoisky, appointed as governor of an Eastern province of the Ukraine by the Maidan coup. #6 Neocommie Jew Victoria Nuland, famed for her “fuck the EU” tape, where she was caught planning the aftermath of the Ukrainian Mi6 led coup. #7 Grotesque plastic surgery-junkie Jew John Kerry (Kohn), presently stationed in the Ukraine to assist his kinsmen in taking down Putin

Well, the design to blame the attacks on Muslims certainly fits the US State Dept. modus operandi. The whole plan, after all, is to create a Global War on Terror, as they have already declared, using Islamic terrorists as the enemy, even if they have to recruit, arm and train them, as in Syria-Iraq, or fake them with proxies, as here, or a combination, as in the USA, so that they can use this as a pretext to unify the world under a security apparatus they control. Needless to say, a weak Russia is an essential part of the plan. Countries that are strong enough not to come running to join their New World Order must be gotten rid of for the plan to work. That’s what the two world wars were started for, but while Germany was successfully turned into a self-hating anti-military puppet, Russia proved stubbornly resistant, even shaking off it’s Communist/Freemason control element. Now they need a new scheme to weaken Russia while creating a path to drag them in as a willing vassal through their created war.