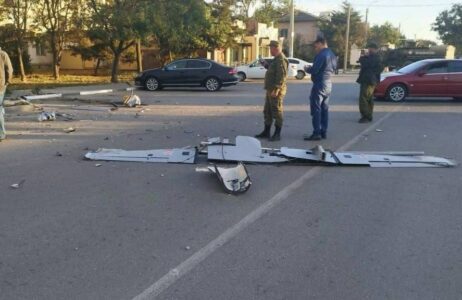 On September 22, three unmanned aerial vehicles (UAVs) of the Armed Forces of Ukraine (AFU) were shot down by Russian forces, in three districts of the Republic of Crimea.

The head of the Crimea Sergey Aksyonov confirmed that the AFU drones were suppressed by electronic warfare systems and shot down by air defense forces. The UAVs failed to reach their targets.

One of the drones fell in the Dzhankoy region located in the north of the peninsula, bordering the Kherson region. Another UAV was destroyed in the Black Sea near Sevastopol. 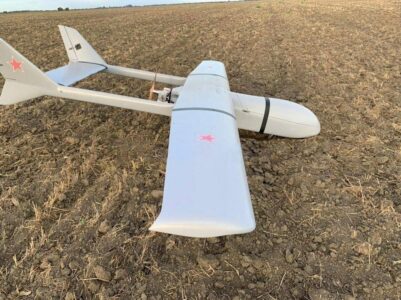 According to the footage shared online, at least one of the UAVs used by the Ukrainian military was a Mugin-5 drone made by the Chinese company Mugin UAV, which is available on the commercial market. It can be bought for about 13 000 $ and equipped with a warhead and necessary military equipment.

So, Iranian drones are better than Chinese drones – that’s now a proven fact.

I am sure Près. Xi Jinping will not tolerate the sale of these machines after this, that is, if they are Chinese “open market drones” and this report is not contaminated with Ukraine CCD propaganda.

US and UK has been killing and genicide 6 million of innocent peoples in the Middle East.

Fake news are just for gimps
Reply to  WT Baker

In 1 week’s time, let’s see if the zio terrorist Nazi JEWKRAINIANS will be laughing still….the END IS NEAR

Why there are russian army red stars on both of those drones?

Not the first time Ukras use fake markings trying to deceive the Russians. Another reason why they chose this type of drones.

Fake news are just for gimps
Reply to  FreeToThink

It looks like a British MI6 operation deliberately using the Chinese made drones and along with the canoes found on the Crimea coast the whole thing looks like an attempt to distract and confuse the authorities in Crimea and at the same time cause panic among the public. The thing to remember is that these attempts to disrupt are being made from outside of Crimea! The drones available commercially they could have been purchased anywhere via a 3rd party. This is an attempt to disrupt and distract rather than a serious attempt to damage. At the same time congratulations to the Russian military for downing the drones and sizing the boats let’s wait and see what can be learned from an examination of this equipment

The photo of the shot-down drone is a little strange. The drone appears to be completely undamaged and there are no skid marks in the soil behind the drone. There is a very small crater underneath the drone and the landing gear is partially deployed. Not to mention the red star markings are also very strange. Was the drone purchased from Ali-Baba and shipped out in a box with assembly instructions, including application of decals included in the drone kit?

Fake news are just for gimps