The DPR and LPR authorities’ decree on compulsory registration of Ukrainian enterprises on the territory of the republics has entered into force. 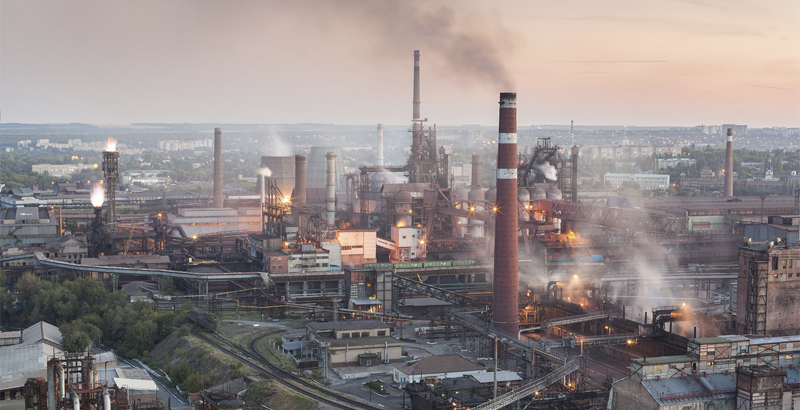 By Wednesday, the blockade of the Donbass still has not been lifted, and this means that on March 1, the decree of the heads of the Donetsk People’s Republic (DPR) and the Luhansk People’s Republic (LPR) on compulsory registration of Ukrainian enterprises on the territory of the republics, which previously paid taxes to Kiev, has officially entered into force.

In fact, the process was started yesterday, but formally the decree has become operative only today. The event was marked with a symbolic move – blue lights of the Donbass Arena stadium were turned on for the first time during several years of the war in Ukraine at the first minutes of spring 2017.

Yesterday evening, it was reported that armed men blocked a distribution center in Donbass Arena and issuing points of the Humanitarian Staff of Rinat Akhmetov (businessman and the richest man in Ukraine), located on the DPR territory. According to a statement of the Humanitarian Staff, the organization did not have reliable information on reasons for such actions. “Premises, equipment and all humanitarian aid of the Staff have been blocked and volunteers do not have access to them,” the statement read.

Earlier, the DPR and LPR authorities said that enterprises of Ukrainian oligarchs would be nationalized in the republics since March 1, if Kiev did not stop the blockade of Donbass, which is performed despite the Minsk agreements.

“Since the midnight of March 1, an external government control is introduced on enterprises with Ukrainian jurisdiction in DPR,” a source in the Council of Ministers of the DPR told the Interfax news agency.

The LPR government also confirmed information about the introduction of external administration.

“An external administrator of the LPR state is introduced, and taxes will flow to the republic’s budget,” a source told the news agency.

Currently, several large factories and dozens of mines, preserving the Ukrainian jurisdiction, operate on the territory of the DPR and the LPR. In particular, the Yenakiyevo metallurgical plant and the Khartsizskoye pipe plant, belonging to the Metallinvest group, as well as the Yasinovataya and Makeyevka coke plants and the Donetsk metallurgical plant, belonging to the Donetskstal group, operate in DPR. In addition, there are more than 20 mines, the largest of which is the Zasyadko mine in Donetsk, in DPR. In its turn, OJSC Krasnodonugol and the Alchevsk metallurgical complex (the Metinvest company), as well as the Rovenkiantratsit and Sverdlovskantratsit limited liability companies (the DTEK company) operate on the territory of the LPR.

According to DPR’s head Aleksandr Zakharchenko, former enterprises of Ukrainian oligarchs would give up to 70% of revenue to the republic’s budget.