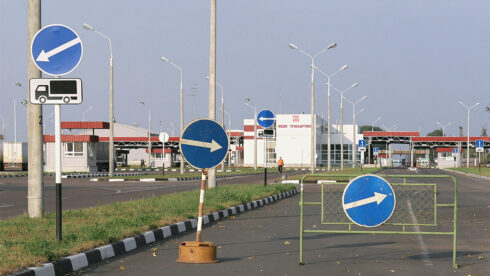 On July 26, the Armed Forces of Ukraine (AFU) attacked the Russian Bryansk region. As a result of drone attack on the Troebortnoye border checkpoint, located in the Sevsky district of the Bryansk region, four people were wounded, including civilians.

An explosive device was dropped from an UAV at the customs post. A customs officer, a security guard and two Moldovan citizens were at the scene of the attack. They were injured. One of the foreigners died of his wounds.

Ukrainian sources published the video of the drone strike on the Russian post. The AFU used a US-made Switchblade 300 kamikaze drone to attack on Russian territory.

The Moldovan Ministry of Foreign Affairs and European Integration confirmed information about the death and injuries of its citizens.

This subversive drone attack aims to intimidate the Russian population. Since the beginning of the Russian special operation, Ukrainian troops have repeatedly shelled Russian border regions. On July 19, the village of Novye Yurkovichi in the Klimovsk district of the Bryansk region was shelled. Casualties were avoided.

Pro Western Miss Sandu will either blame russia or not care.

It appears like Ukraine ability to intensify its terrorism is gaining momentum with the constant stream of Western-supplied weapons, and yet SF community remains waiting and wondering when is the promised RF’s caravan gonna arrive to eliminate the fascist scumbags. I for one is bored of watching chess game played by Moscow instead I’m enthusiastic to see a wounded wild bear defending it’s cub with sole intent to kill the enemy and NOT TO TOY WITH IT if you know what i mean.

that ugly whore needs a bullet in her head.

I notice they have some dumb globalist WEF cunt running nearly every european nation now. It is so stupid.

They just randomly and recklessly attacked unarmed men dressed in civilian clothes then they have the audacity to actually film it and show off how they target unarmed civilians. This just proves once again that Russia must completely demilitarize and reabsorb all of Ukraine otherwise if parts of Ukraine are not purged these recurring terrorist attacks will be carried out against the liberated Ukrainian cities on a daily basis. All the way to the border of Poland Russia, cleanse all of Kiev, all of Liviv and liberate Odessa, connect Transnistria and purge even if it takes another year. It has to be done.

You really confirm why we donate all that help to Ukraine. Thank You.

Donated to the DPR actually. Seethe.

who in the FU3k is we? Don’t you ever in your miserable fuc#king life ever imply that you and I will ever have anything in common or act in accordance. I don’t donate shi#t to Ukraine. The U.S. is not donating anything to Ukraine you fucQ#ing dull headed low I.Q. troll. The U.S. is robbing you of your fucking money and your childrens future you fucQ#ing imbecile and siphoning all the wealth that is left from the American people.

The U.S. is exterminating an entire generation of Ukrainian men you fucking low I.Q. inbred fuckwitt

Fucking low I.Q. trolls get the fuck out of SF and go back to Reddit

how fucking dumb can anybody be to say the U.S. is helping Ukraine? Its fucking genocide you fucking idiot.

He at least pretends to be skandinavian. They love the US and like all western europeans are happy puppies. And yes people like him still believe that if they work hard enough they will be one of those to profit of the war effort.

Probably drone was on the edge of its range so they switched it to the first target they could instead on military targets.

Thats not impossible. I makes sense to do so, when the enemy has many targets.

So just kill random civilians when you can’t find a target. Makes sense to moral reprobates.

Thats a relative. Its an armed Russian border post. They actually has admitted their civilian mistake by showing it.

Nothing is good enough for You until all citicens from Ukriane are dead or here and everything looklike Stalingrad or worse.

How many will vote Putin form there. Can You use those destructions. No You cant. You cant even innovate Your Russia since 1991.

Don’t know if that was an assassination attempt or just a random attack. But I see the cowards running and driving by without trying to help the injured at all.

Don’t know which is worse, the attack or the reaction of those people.

Its often like that. The run aways are the ones thinking more is comming. Its a panic common sense too.

What is the point in killing civilians? It makes no sense at all.

It seemes to be an attack on a Russian border post. By that its a legitime target. In the other hand its bad civilians are killed or wounded, iif it could have been avoid.

Its ukras bringing the movies. By that nothing i secret hidden.

They really showed that woman trying to get items from her trunk who is who. It really indicates the genius of the Ukrainian military when it comes to selecting targets.

The thing is, that worthless American piece of crap hardware, is actually controlled by software. It just strikes at whatever target it thinks is human. It cannot be remotely controlled and makes no distinction between military/civilian targets in any way, shape or form.

Apparently the operator can monitor the video and call off the attack if civilians are present, like that Moldovan lady, and as they had the video the signals were presumably not blocked. A dog ran over to help.

Almost nothing you say is true or accurate, at least according to the designers, as well as a lot of google searches, and it is totally controllable (that’s the key feature of the drone as opposed to cruise missiles), even calling off and retargeting is allegedly done with ease up to 2 to 4 seconds prior to detonation.

As the female president of Moldova was placed there by the JUSA embassy, part of the ongoing ameriscum globalist agenda expansion towards Russia borders, as is the sister state Romania on same situation, this is not a problem…inherent collateral damage. Pakistani peoples suffered that decades by now.

Petty nato attacks. It’s in the formula. Still, its shows that nato are desperate.

I hope the people of Ukraine realise that as soon as nato themselves realise that they are flogging a dead horse, they will be gone. Ukraine will be like Serbia, all broken up and no longer a state.

We need a big cull of dangerous people who attack innocents.

This murder is on Biden’s hands, this was a terrorist attack!

my senility is random delete

Terrorists psychos from Kiev and their terrorist masters from Washington.

USSA is the most evil terrorist nation on the planet….but hey who didn’t know that already.

Targeting civilians is a war crime, and whoever in the USA authorized those kamikaze drones to be sent to Ukraine is just as guilty as whoever fired the drone at those people.

Over time I will find out which specific American authorized those drones to be sent to Ukraine.